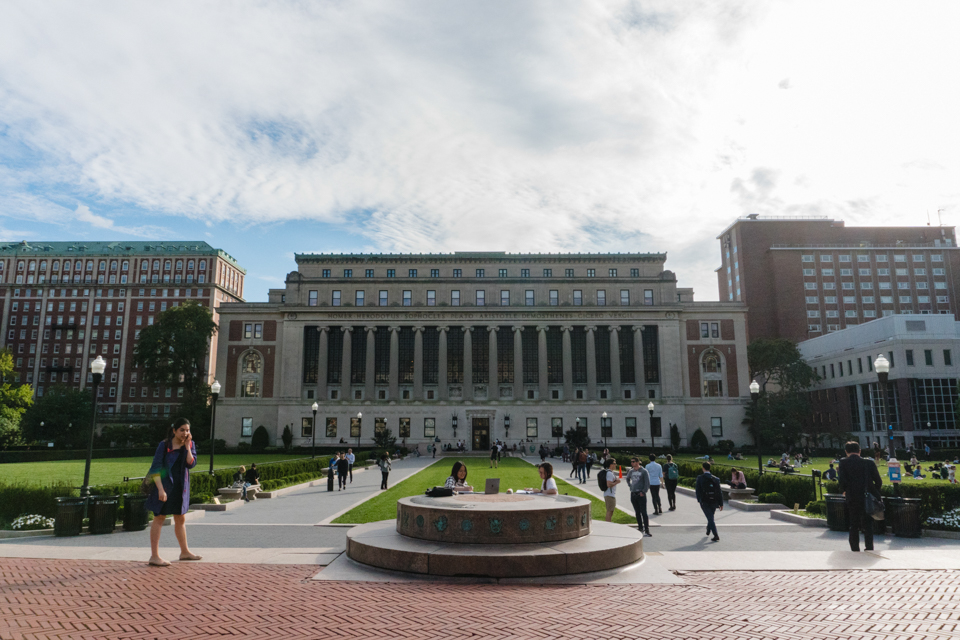 As a member of the Columbia faculty, I was shocked by the video of the incident in which a student harassed a group of predominantly Black students and expressed the superiority of the contribution of “white men” to “modern civilization” in front of Butler Library last week.

From its beginnings, Contemporary Civilization has had a complex relationship to the ideas of “Europe” and “civilization.” In 1919, the mood was far from triumphal. The death of millions in Europe and the Middle East during World War I produced deep criticism of the notion of “civilization.” The founders of the Core Curriculum did not envision the class as a celebration of European civilization so much as an effort to recover what could be salvaged from its ruins. Although this original agenda is obviously very different from our current preoccupations, it is important to remember that “Contemporary Civilization” grew out of perceptions of a massive civilizational failure.

A century later, this spirit of critique and reflection remains essential to this course. The syllabus comprises mostly works penned by the proverbial “Dead White Men” from places that we now call Europe and the Middle East. We continue to read these texts not because they are the only important or valuable ideas in absolute terms, but because they have shaped the world in which our students live.

Contemporary Civilization is built on the belief that understanding these texts means locating them in their specific time and place—in most cases in Europe, the Mediterranean basin, and in the Middle East—and thus “provincializing” them within the larger history of world cultures instead of claiming their universal value. It means understanding the processes of interpretation and erasure that allowed those authors to be identified as contributors to a singular, dominant tradition. And it involves evaluating what this process marginalized or discounted, from whole categories of people to ideas.

Taking this list of works as exemplary of a superior “civilization” misses the point of the course.

Contemporary Civilization is not static. The syllabus year to year reflects an ongoing discussion among Columbia faculty about how to build a pedagogy around this complicated history of thought. For decades, the answer has included texts that explore and challenge assumptions about a “European tradition.” After 1968, the faculty reorganized it around the question of revolutions. In 1995, we introduced the Quran and, later, medieval Islamic thinkers, to show that the trajectories of ideas about knowledge, truth, and self in what we now call the “West” emerged dramatically transformed through debates that occurred in Islam from the 8th to the 12th centuries. We discuss both this trajectory and its systematic erasure by European writers.

This year, in the session on the conquests of the Americas, we juxtaposed Spanish legal debates with testimonies in Nahuatl describing the invasion of Mexico. In recent years, the second semester increasingly has centered on works by intellectuals and writers who experienced the imperial and racialized worst of Western civilization, including Du Bois, Gandhi, and Fanon. This year we introduced a session on “Liberalism and difference” that explores the contributions and limits of the liberal tradition to understandings of race and gender through texts by Kimberlé Crenshaw and Patricia Williams. We read major works that develop “critique” as a mode of intellectual engagement, including those by Marx, Nietzsche, and Foucault, among others. And we explored the relationship between major concepts of freedom and equality, citizenship, and selfhood with their counterparts, such as “natural slavery” in Aristotle or Locke’s disqualification of Native Americans from property ownership or the “immaturity” of native peoples described by Mill. We treat these not as deplorable tangents in their work but as integral parts of their philosophies. A critical understanding of how sexism and racism have been woven into “Western civilization” is essential to grasping their long-term influence on our world.

Our faculty is always open to engage in a conversation with students about its goals and content.

The author is a professor of French and history, and the new Carnoy Family Program Chair for Contemporary Civilization.