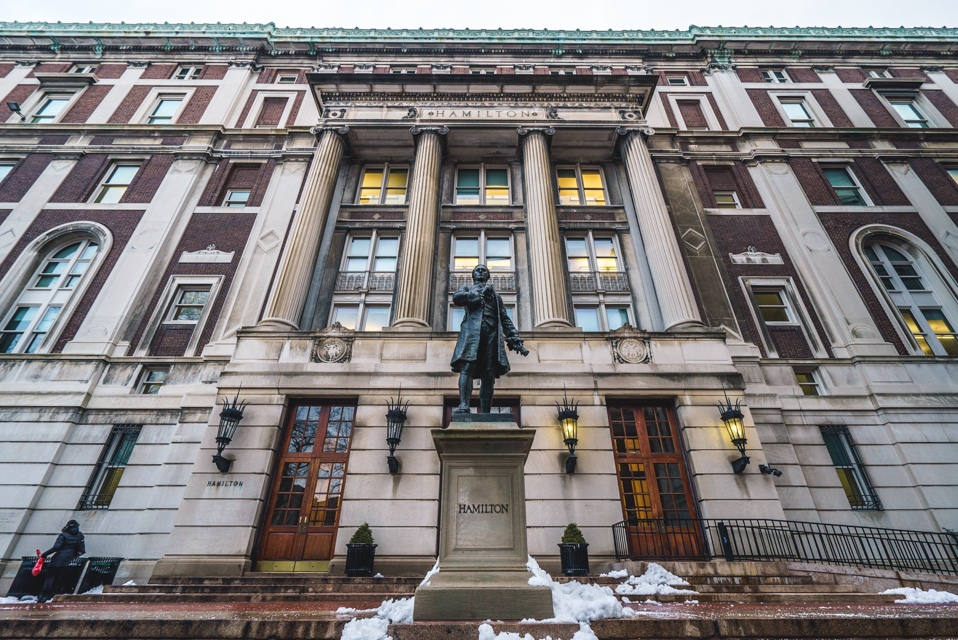 Assertions of white male superiority are rooted in ignorance or hatred, or a combination of the two. We must combat such assertions in all their myriad forms. Just as this op-ed was going to press, we learned of a despicable act of racist harassment in Carman Hall that confirms the urgent need for change on this campus. And yet, the suggestion that Columbia’s Core teaches the superiority of white males and Western civilization is, in my view, a misunderstanding of the Core’s purpose. As the new chair of Literature Humanities, I welcome the opportunity to debate the central mission of Lit Hum, and the ways it has changed and must continue to change to fulfill that mission in today’s world.

Lit Hum operates on the belief that there is value in the entire community of undergraduates reading the same works of literature. This, however, was not always the case: The predecessor to Lit Hum, professor John Erskine’s 1920 General Honors course, was open to a limited number of students on the basis of academic excellence. This honors model is still in place at many of Columbia’s peer institutions, including Yale, where the Directed Studies program introduces core texts to a select group of students.

At Columbia, in contrast, we are committed to the Core Curriculum as a collective endeavor that engages all Columbia College students, and many others from the School of Engineering and Applied Science and the School of General Studies. When I think about diversity in the Core, I think not only about the authors on the syllabus—I’ll get back to that in a moment—but also about the people in the classroom. As an instructor, I take it as my mission to ensure that all my students bring their unique voices, critical thinking skills, and personal experiences to bear on the works on the syllabus. The conversation that ensues has the potential to transform the way faculty and students see the works on the syllabus and even the course itself.

To engage with the Core is not necessarily to embrace it: Engagement can take the form of a course paper or a Spectator op-ed that identifies gaps and exclusions in the syllabus and offers critical responses to them. Many current instructors have been encouraging their students to engage in precisely these kinds of exercises. Engagement can also take the form of an artistic response, in the tradition of Virgil, Woolf, or Morrison rewriting and subverting Homer. In recent years, the Core Scholars program was introduced to give students a venue for crafting and exhibiting creative responses to Core works in their own idiom.

But what should those works be? This has long been a crucial matter of debate. In the spring of 1989, a GS student was arrested while attempting to display a banner featuring the names of women authors who did not appear on the Lit Hum syllabus. Five years later, another banner was created to address the lack of women authors of color on the syllabus and on the original banner. In that same spirit, Columbia’s Black Students’ Organization has recently demanded the inclusion of more Black authors on the Lit Hum and Contemporary Civilization syllabi in order to ensure the Core does not appear to support the bigoted idea that white men invented what is best in modern civilization.

We must do more as faculty to make it crystal clear that the Core opposes this idea. Courses like Lit Hum and Contemporary Civilization provide a venue for debating the very notion of Western civilization and the gaps, exclusions, and fictions it entails. This debate takes place in the classroom, in student publications, in discussions between Core leadership and student groups, and in Core faculty meetings. It has prompted changes to the syllabus, notably the belated inclusion of Morrison as the first author of color, but also the first American and the first living author on the syllabus. More recently it has prompted us to convene a faculty committee to recommend a medieval Arabic-Islamic work to fill one glaring hole in the syllabus. While such changes may seem small, the Core has always operated from the assumption that a single text, when carefully chosen, has the potential to transform the syllabus as a whole.

Morrison’s Song of Solomon has already started to have this transformative effect. In reading this novel, students come to understand both Morrison’s engagement with the so-called Western canon—especially Woolf and Homer—and the ways she subverts and challenges that canon. At a recent Lit Hum symposium, a number of students noted that nothing else on the syllabus prepared them to talk about race in the way Morrison’s novel compels us to do. Thus, Song of Solomon highlights gaps in the Lit Hum conversation that we as a community must seek to address going forward.

In my welcome letter to the class of 2022, I wrote that Lit Hum creates a forum for contestation and debate, in the spirit of literature itself. At a time of crisis in our society, the value of shared texts to our community becomes all the more vital. In Lit Hum we attend closely to unique literary voices—and the worlds of difference they contain. We also listen to each other and come to see the works on the syllabus refracted through the diverse viewpoints of others in the classroom.

In that spirit, I invite you to bring your voices to a conversation this spring about how the course can continue to grow and evolve to fulfill its educational mission in the years to come.

The author is a professor of French and the new Paul Brooke Program Chair of Literature Humanities.