A slice of modern racism

A slice of modern racism 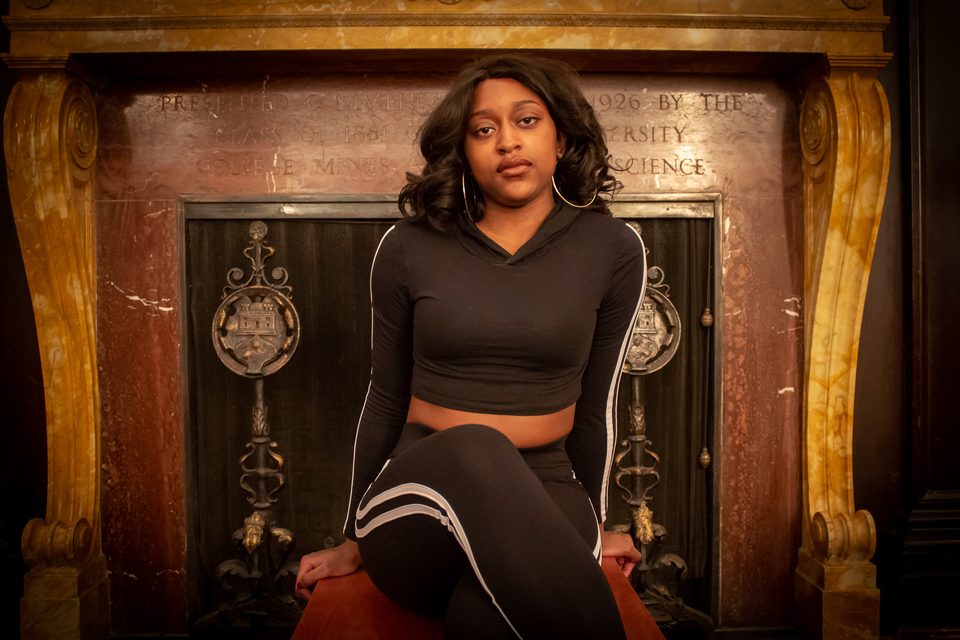 Don’t we talk about race enough? Why do people of color have to make everything about race?

Race, even as an unreliable construct used to categorize people, is misunderstood and unconsidered by many Columbia students. Sitting shoulder-to-shoulder, peers in my Core classes falsely legitimize race as a category related to physical differences between people. White students are comfortable talking about the experience of being black in the United States when I, a black first-generation American, still do not feel comfortable doing the same. In a particular instance, one classmate started talking about how darker-skinned people have more melatonin in their skin.

If a pseudoscientific 1940s eugenics argument, which justifies racism as a scientific categorization, is going to be made today, why not use the correct terms? Melanin is the compound in your skin producing pigment; melatonin is a sleep hormone produced in your brain.

That was not the first time I felt uncomfortable in the classroom, and it won’t be the last.

It’s no secret that some students on this campus have racist tendencies. Although the Civil Rights Movement achieved unimaginable progress in its time, racism has never been truly eradicated but rather made subtler, more implicit. I experience covert racism on this campus firsthand; peers and professors make passing comments both inside and outside of the classroom.

“The natural slave argument is valid because Aristotle wasn’t racist.” “Simone de Beauvoir compared being a woman to being black because both groups are equally oppressed; it has nothing to do with race.” And it’s not just students—professors also fail to recognize the significance of race and racism in shaping societal perceptions.

If the Core claims to provoke nuanced thought, it has an obligation to incorporate more thoughtful conversations about race into its courses. There needs to be more than just a few chapters by Du Bois here, one by Fanon there, a few pieces of jazz music, and some paintings by Manet that depict black people. We need to stop treating these pieces of work like throwaways simply meant to appease those who criticize the homogenous nature of the Core. Instead, we need to have actual discussions about these works and their racial implications.

It’s almost universally known that the Core prioritizes Western and white culture while ignoring or depreciating other cultures. It’s no wonder that some students I’ve talked to think that what we currently read in CC and Lit Hum are the only important works of human civilization. I was on a museum trip with one of my Core classes where we briefly discussed the influence of Africa on the West in the context of Primitivism. At its foundation, Primitivism is a modern movement in which Western artists used techniques from other cultures in their works. These “primitive” cultures are portrayed as less developed than the West in terms of technological, intellectual, and social progress. We spoke about the concept, yet we never discussed why it’s problematic.

It’s no coincidence that on that same museum trip, one of my peers made a disturbing comment: She insinuated that people of African origin were inferior because they let themselves be colonized and transported as slaves. Even if she had that perception prior to our class, the Core only reinforced it by not addressing the Primitivist movement with concern. The suggestion that this movement appropriated and “improved” the inferiority of these cultures was introduced, but it was never challenged or questioned. This lack of debate reinforces stereotypes that certain racial and ethnic groups are secondary to whiteness.

The argument that Global Core classes will fulfill students’ desire to discuss race is not a reason for otherwise neglecting it. If they want to, students can take Global Cores that avoid race entirely. In addition to that, I see the separation of the West and all other cultures as segregationist. The Core seems to make a distinction between what we should and should not prioritize. In the Core classes that students have to take for a full year, Lit Hum and CC, the works we read are written primarily by white, European men. Art and Music Hum are only one-semester classes, yet they also reinforce prioritization of white artists. Students choose to challenge themselves by taking Global Cores that focus on racial topics.

We need Core professors who can actually handle these conversations, because many are overwhelmingly underprepared. Some professors are so uncomfortable that they skip works relating to race for fear of “ostracizing” the “majority” of students. Columbia cannot continue to focus on imparting academic knowledge while ignoring issues relevant to today. This University is supposed to be an institution that gives rise to well-informed world leaders, but without these critical conversations about race, the Core is doing all of us a disservice.

The author is a junior in Columbia College studying medicine, literature, and society. She’s involved in Peer Health Exchange and can be reached at j.fregene@columbia.edu.