Is climate change a joke?

Is climate change a joke? 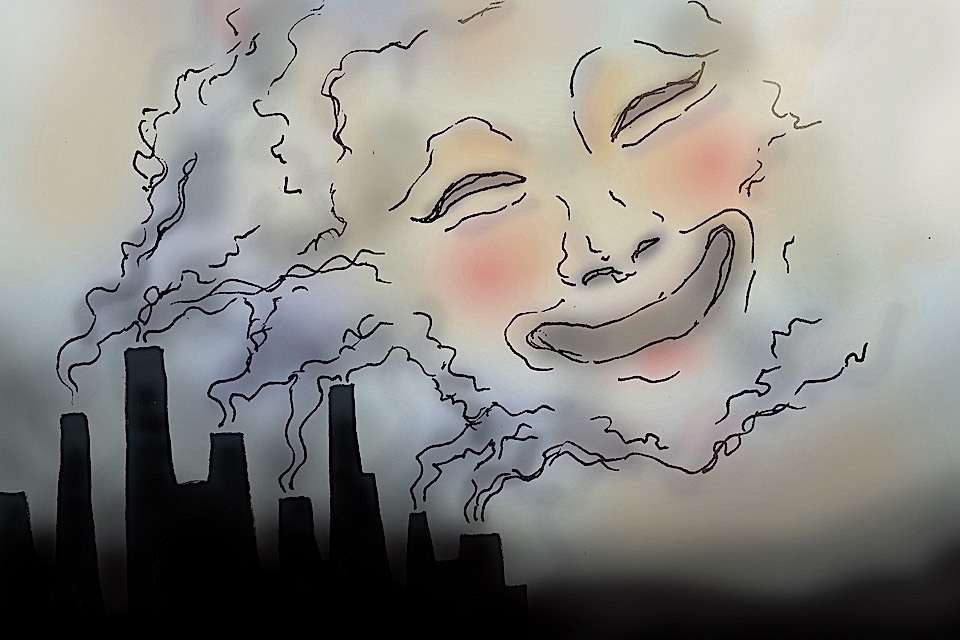 I, like many others, love satirical comedy. It’s much easier to cope with personal and national failures by laughing at them. Mixed forms of media have taken note of this trend: Late night talk shows are thriving, and Saturday Night Live has more viewers than ever. But isn’t the extent to which our current events are mocked mildly concerning? The humorously horrible headlines, bylines, and tweets can only be smirked at for so long. The constant parodies of our problems, along with inadequate action in attempting to solve them, reveals our heightened feelings of powerlessness. Comic relief for global issues is not a sufficient form of aid—we must begin to take the subjects of our jokes seriously.

Global warming is a prime example of the anti-joke phenomenon. The issue has evolved into a punchline for many of our weather-related problems. Turning on the air conditioning in February for unseasonably hot, Low Beach-worthy days? Thanks, global warming. Sea level rise, uncontrollable wildfires, and melting polar ice caps? Classic global warming. Most people know global warming is one of the main components of climate change, but the vastness and ambiguity of the phrase almost justifies the belief that we can’t do anything about it, leading to its belittlement. When the next unforeseen weather event occurs, we’ll most likely acknowledge the social media campaign and maybe make a monetary donation, but probably forget about it a few weeks later if we’re not directly affected. We have become numb to our natural disasters.

Desensitization toward many of our country’s issues has fueled our facetiousness. But our relentless humor does not have to persist on the issue of climate change. On this front we can actually take action, and we do not have to depend on our government to respond to and alleviate the problem. Government involvement is crucial in combating the effects of climate change, but institutions in the private sector can implement effective measures that are equally monumental. Already, many corporations—ranging from Google to Goldman Sachs—and hundreds of private universities have made concrete plans to act. Specifically, these institutions have all made commitments to carbon neutrality, which will eliminate their ecological footprint. Unfortunately, Columbia is not part of this network of leaders, as it has only formally committed to a 40 percent reduction in net emissions by 2030 in its 2017 sustainability plan. If I were going for the whole satirical vibe right now, I would retort with a sarcastic, “Excellent.” But the contribution of our emissions is a problem that is feasible to combat. There is no reason to humorize our school’s shortcomings in sustainability.

Let’s take a look at our university—one of the largest property owners in one of the most influential cities in the world—and recognize our obvious inaction on the issue of climate change, and demand reconsideration of our sustainability goals. We have The Earth Institute, home to many of the best and brightest climate scientists in the world. Further, we have a $10 billion endowment, one that could potentially expand as a result of returns on investments in energy efficiency measures and renewable energy.

Carbon neutrality, or net-zero carbon emissions, is an ambitious but attainable goal that has already been achieved by many former greenhouse gas emitters. We should urge Columbia to commit to carbon neutrality not only because it is economically beneficial, but because it would promote the importance of climate action to its community. It would be disappointing and embarrassing if the University did not publish a commitment soon. If Columbia does not sign on to this goal, what kind of leadership model would it be promoting to it students?

It’s normal, and often helpful, to laugh at our imperfections. We frequently bond over the flaws of our Columbia community, especially on social media. Yet Columbia’s vague, short-term sustainability goals are simply not a joking matter. If we continue to accept passivity from a university with the academic and financial capital to guide us, what does that say about our own morals?

The author is a sophomore in the double degree program with Barnard and the Jewish Theological Seminary. She works for a restaurant group, spends a lot of her time listening to music and podcasts, and enjoys thought-provoking conversations with her friends and family. Meredith is the co-leader of Columbia for Carbon Neutrality, a campaign urging Columbia to commit to carbon neutrality in its upcoming 2020 sustainability plan. She and her co-leader in the campaign, Arianna Menzelos, can be reached at columbiaforcarbonneutrality@gmail.com.