(No) Prior experience needed

(No) Prior experience needed 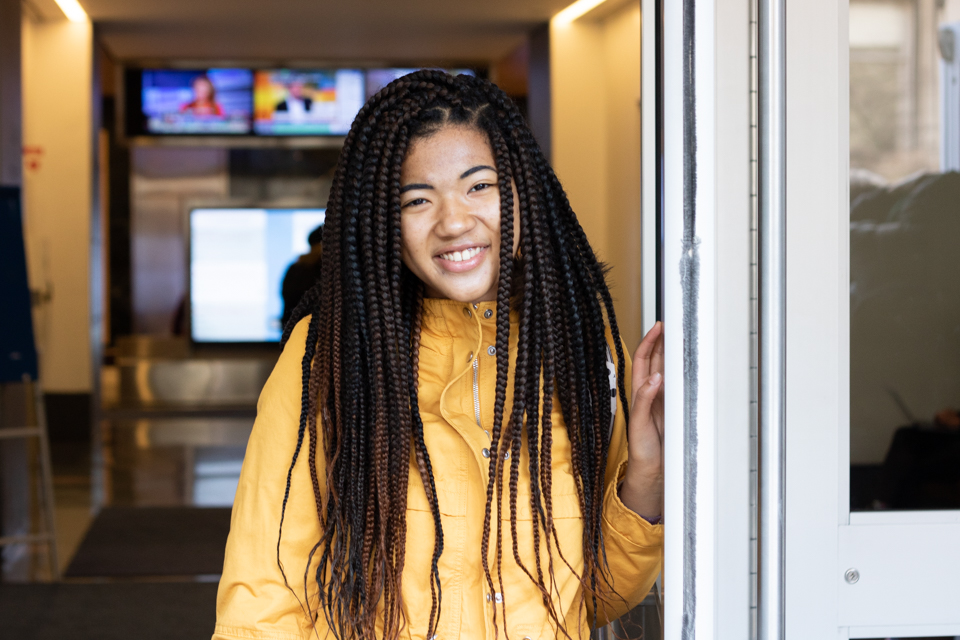 When my mother immigrated to the United States from Japan at age 19, she found that the English language was her key to upward social mobility. Just as my mother desired to become literate in English, my desire was to become “financially literate.”

Familiarity with financial terminology is essential for upward social mobility in our society today, and many marginalized groups are excluded from this lexicon, an exclusion that severely hurts them. The inability to understand credit ratings, loans, and tax systems enables financial institutions to take advantage of these groups—forcing them to stay in disadvantaged socioeconomic situations.

We often forget how interconnected our education, health, and access to extracurriculars are with our level of wealth.

As a person of color from a low-income background, I came to Columbia to become fluent in a seemingly foreign and incomprehensible language: finance. It is imperative that people like me are included in the conversation and culture around finance because these systems don’t affect only Wall Street, but all of us.

It is no secret that financial institutions have actively created a system of suppressing the economic development of minority groups. In the 1920s, white residents of Tulsa, Oklahoma burned down the city’s Greenwood community—known as the “Black Wall Street”—as they began to fear the rise of the black middle class. More recently, a CNN report from February 2018 uncovered that Wells Fargo has been actively targeting minority neighborhoods in Sacramento, California by charging higher mortgage rates.

There is a lack of diversity on Wall Street that stems from its exclusive nature in keeping marginalized communities out. Lack of diversity within the financial sector lends itself to a disconnect among communities as well as unevenly distributed resources and opportunities. Based on my observations at Columbia, many of the finance clubs face issues similar to the larger financial service industry. I found myself being one of the only black students to attend finance club recruiting events at Columbia.

If you’re reading this, you have probably been told, “No prior experience necessary.” I was told this as well when I first wanted to join finance clubs. Personally, I have zero experience in finance, so I took this message to heart.

In total, I applied to six finance clubs on campus and one off campus and was rejected by all but two. I knew I may not have been as experienced or qualified considering my limited understanding of the financial industry, but I was still devastated because I felt shut out from the opportunity to learn.

Rejection became the fuel that made me determined to break into the financial sector. At the end of my sixth interview, my interviewer asked if I had any questions. Unfazed by rejection, I was now focused on developing my interviewing skills. I asked if there was anything I could improve on. He immediately told me why and how I bombed the interview. However, because I was willing to put in the work to improve, he decided to accept me into the next round.

At this moment, I realized that not only did I struggle with comprehending the vocabulary associated with finance, I also did not understand the structure or unspoken rules of how to be interviewed by the groups themselves. I didn’t grow up with casual family discussions about what are often regarded as “simple” financial topics, such as building credit, saving up for retirement, or understanding the definition of a stock. Concepts such as how I could acquire more assets or save to become financially comfortable in the future were foreign to me.

Many low-income students face barriers in learning the vocabulary and grammar within finance before we even think about how to build the phrases and sentences within this language.

As Columbians, we are already a few thousand of the best students in the best city in the best planet in the best galaxy in the best observable universe. However, we need to institutionally change our unwillingness to share knowledge with each other.

Why must we keep this information locked up only to benefit ourselves?

Change can come from partnering with organizations that support specific minority groups, or by simply asking fellow Columbia students how we can create a more inclusive environment.

To anyone feeling discouraged about diving into finance, don’t let your inexperience within this field stop you. There are countless ways to delve deeper within the world of finance without paying a penny. I downloaded apps such as SeekingAlpha and thinkOrSwim, attended public events hosted by Columbia Financial Investment Group (CFIG), and most importantly, found mentors from the finance clubs I was rejected from (and accepted into), but also online through the Odyssey Mentoring Initiative and from my peers in my classes. You can pass/fail Principles of Economics, audit finance classes you find on Vergil, or attend office hours for classes that you’re not even taking.

There are a plethora of resources here that await. Although we all need to continue working to change the toxic culture associated with the financial industry, don’t wait to take action on what you want to see in your life.

The author is a first-year in Columbia College studying economics and jazz. She interns for the VP of GGV Capital (Venture Capital/Private Equity Firm), is the alumni affairs representative for CCSC, and a member of Columbia Venture Partners, as well as BLK (a black student owned hedge fund). She loves meeting new people, music, food, traveling, and stand-up comedy.