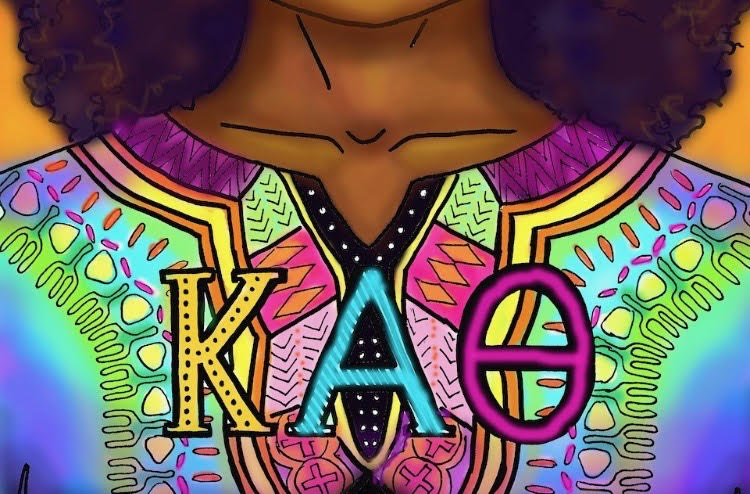 Last semester I wrote a piece supporting the choice of minorities and marginalized communities at Columbia to “self-segregate” and spend time with members of their own community rather than constantly hang out with a more “diverse” crowd. To my delight, I received a solitary comment, insulting (among other things) my affiliation with the Black Students’ Organization and Kappa Alpha Theta.

My first instinct was to respond; thankfully, a friend encouraged me to sleep on it, claiming (correctly) that I would see that it wasn’t worth responding to in a five-paragraph essay. In fact, I didn’t reply at all. But a lot of things went unsaid in my effort to not be That Person, and I’d like to take this chance to discuss some of the more important points. Well, only one—future columns will hopefully address the others.

Too many people have told me that being black and being in a predominantly white sorority are incoherent. Their sources include practically any quick Google search on Theta, where the first hits are usually of a notoriously racist party held a few years ago. Now, my beef isn’t with people claiming that Greek life has a history of being racist (because it’s true). My beef is with the idea that me joining Theta was a giant “fuck you” to my blackness, my femininity, and other black womxn. Which is utterly, categorically, and incomprehensibly incorrect.

I joined Greek life in spite of, not disregarding, its history with racism.

I joined because, for me, the benefits that I get from being in a sorority outweigh the consequences of participating in an organization whose history stands at odds with my existence. Feel free to quote that and repost it wherever you want. But while you do, I would like to remind you that, as a Columbia student, you make the same choice of ethics when you continue to pay tuition to, wear the gear of, and benefit during internship interviews from the name brand of Columbia University, a PWI that was built on the backs of slaves along with almost every institution in the United States.

Being a student of color at Columbia inherently necessitates choosing a daily life that often conflicts with our overarching political and moral beliefs. If you and I truly cared about having a pristine 0% rate of contact with historically racist institutions, we would currently be at an HBCU, not a PWI. We might not have chosen to live in the US at all. We would be wearing dashikis and discussing Achebe and Ouattara, instead of Dostoevsky and Adam Smith, on our way to our a double date with dark-skinned black men. Honestly, if we held all black men in America accountable for supporting the black femme community the way we hold the three or so black women per sorority accountable, Michael B. Jordan would either be dating a black woman right now or be canceled. Dark-skinned black women wouldn’t have to look outside their race for love and validation because black men continue to disrespect them in favor of light-skinned women and then call it “preference.” I wouldn’t have overheard a black KDR bro say “I didn’t come here [to Columbia] to fuck black women,” my first year.

But holding black men accountable is a column for another day, as is our choice to attend Columbia. Instead of cutting all ties with white people, we choose to stay and reap the benefits, while working to improve the bad parts. I evaluated my choice to go through recruitment the same way I evaluated attending an Ivy League: figuring that the benefits—the academic support, career opportunities, and relationships with a group of passionate and hardworking peers—were worth going through all the extra labor of justifying my existence and defending both my black and Theta peers to each other, every day.

Like I said, I joined Greek life in spite of, not disregarding, its history with racism. It’s a decision that I choose to make every day, one I wouldn’t be choosing if I found myself in a community that refused to learn from the past and hold their members to even higher standards. I find myself, instead, among women who support not only me but also the identities I try to advocate for. Those identities and my Theta community are not only not mutually exclusive, but ridiculously easy to harmonize.

If you think I’m going to sit through the rest of college not holding my sorority sisters accountable for inclusivity and being the best allies they can for as many marginalized identities as possible, you’re wrong. Just as wrong as if you assume I’m not going to keep shouting my support for womxn of color at the top of my lungs for the rest of my life. That is to say, you’re dead wrong.

Eileen Moudou studies chemistry in CC; no class year because she’ll get her degree when she gets it. Let her know if she got something wrong about either being black or being in Greek life at em3218@columbia.edu. Your Token [Blank] Woman runs alternate Wednesdays.