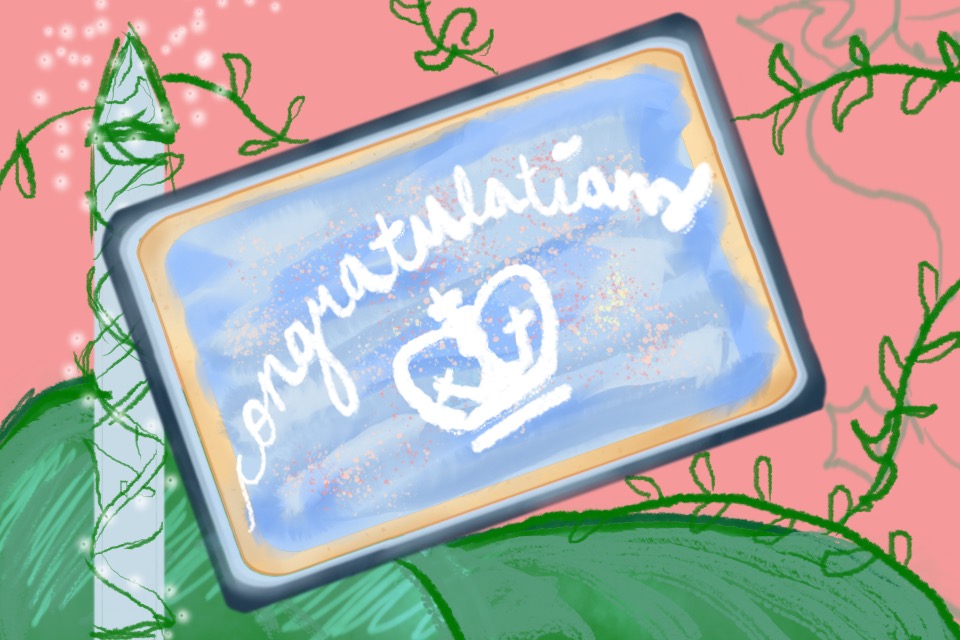 What do you picture when you hear “community college student”?

I’m from California and have spent the past two years at Santa Barbara City College. Deciding to attend SBCC arose from a series of coincidences, and I settled on it because it was the number one community college in the country.

I attended because I’m low-income. While I was later able to navigate the financial aid application well enough to have my tuition paid for, I did not know this as a first-generation, high school senior. I don’t think many people in my circumstances would have. So, my senior year, my applications were completed but went unsent as I couldn’t afford the $400 price tag attached to the “send” button.Everyone has their own unique stories about getting their Columbia acceptance, and mine is that I cried and then baked myself a cake. All the struggles that pointed me toward community college in the first place finally felt justified. But the work wasn’t over; I fundraised my way to a plane ticket that would carry me, one 50-pound suitcase, a carry-on, and a backpack toward my new home. This is just one example of the many, many other challenges that consumed my summer, which for some students are simply logistics.

I hoped that these hurdles were a part of the journey—that once I got to Columbia I would get my happily ever after. I thought I would realize that this is where I was meant to be. I didn’t delude myself into thinking that my experiences as a low-income, first-gen, community college student would be widely shared by the student body; however, I thought that there would be more people like me demographically. I started by looking for other community college transfer students. In a sea of transfers from Cornell, University of Pennsylvania, University of California, Berkeley, and a good number of state schools, I met only one other community college transfer, also from a highly ranked junior college: Seattle Central Community College.

When I asked my advisor about this, I was shocked to hear that Columbia only started accepting transfers from community colleges a few years ago. I remember her saying that Columbia only used to accept students from schools like us. We were becoming more inclusive, isn’t that great?

Her statement was made more bitter when she informed me that very few of my courses were accepted for exemption, and so perhaps it would be better for me to take a concentration instead of a major, thus ending my time here with no degree.

Being a transfer student here is best done silently; nobody will say it’s shameful, but the treatment is telling. It stings that I am encouraged to forgo walking the stage that is supposed to say, “you did it. Here’s proof.” While my course load is more rigorous here as I attempt to cram all of Columbia’s Core and major requirements into two years, the courses themselves aren’t really much harder or more thought-provoking than the ones I was taking in Santa Barbara.

There is no doubt that Columbia has amazing faculty who deserve the recognition they get. Many students choose Columbia simply based on the opportunity to have an intimate conversation with James Shapiro, Brian Greene, or Gayatri Chakravorty Spivak. That being said, my professors at Santa Barbara City College were not only highly qualified, but they also prioritized reaching the population for which they worked. This allowed for a more intimate interaction with the material, and ultimately a memorable and moving experience. This was supported by the college’s initiatives to provide lasting support to at-risk student populations by creating programs intentionally for specific groups, such as single parents and emancipated minors.

Columbia’s resource allocation for transfer students is embarrassingly low in comparison to other elite institutions with less funding. For example, University of California, Los Angeles has a transfer center. Berkeley provides lasting mentors for transfer students. Brown is the only Ivy League school I could find advertising resources for transfer students upon acceptance. These programs were conceived out of the recognition that transfer students have unique needs and are often products of intersecting, marginalized identities. By neglecting this increasing subset of students, Columbia is sending a clear picture of who they want on campus. As community college students get more attention for making highly successful transfers, we need to question why this group is missing from Columbia’s support initiatives.

I keep hearing what it means to be a Columbia student. When I attend my classes, I feel as capable as any traditional student, and my grades don’t differentiate me as marginalized. But when I baked that blue and white cake I didn’t envision that a year later I would feel such an intense pressure to homogenize when I got here by becoming comfortable in celebrating my identities. Or, that I may not be able to graduate regardless of how much work I put in here and at my previous institution.

When being a Columbia student means not having room to take even one major class as a junior, I can’t help but question if this vision of Columbia is anything to be prideful of. I can’t help feeling like Columbia’s vision of its students doesn’t have room for people like me in it. All students are different, individual. That’s what we should be proud of and emphasize.

A community college student, a Columbia student—what’s the difference?

Melissa Cook is a Columbia College junior majoring in English. Catch her more positive side @makeshiftmelissa on Instagram. Pressure Cooker runs every other Monday.