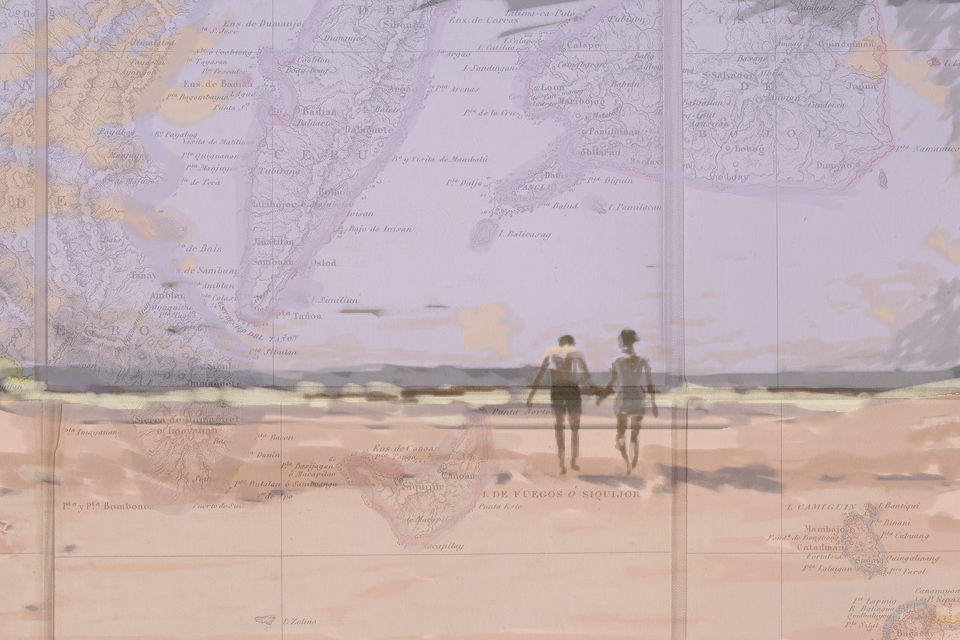 On Clement Street, a mini-Chinatown of San Francisco, Goldstar Discount Store is almost always in the sun. Its faded green awning is emblazoned in my mind as a stark contrast to the blue of a clear sky. As a child, I would run through the dark maze of the store, fingers trailing along the shelves to touch everything along the way: the good luck charms and the incense, the paper fans and the maneki-nekos. Dusty Polaroids depict my sister and I wearing matching qipaos my mother had bought us from the store. We’d grown up blocks away, nestled amongst other Asian-American families whose pastel houses were also faded from fog and rain. Goldstar itself was a place where I always thought I’d fit in. Until it wasn’t.

My arrival at Barnard was plagued by a similar dilemma. Like most college first-years, I started out spending most of my time with people who were similar to me; my initial friend group consisted almost entirely of other mixed girls from the Bay Area. I cocooned myself in familiarity with the hopes that doing so would make a big transition feel less stark. Like most college first-years, I unconsciously knew that growing up would require breaking out of the comfort of home. For mixed kids, especially those who identify with the ever-restless label of “third-generation American,” doing so necessitates confronting the harsh reality of a community without a marked space for you. It necessitates the daunting task of creating such spaces for yourself.

Whereas the small liberal arts California high school I attended was flush with people of similar identities to mine—I don’t know what it is, but Asian women and their white spouses are particularly drawn to raising kids in San Francisco—the same cannot be said for Columbia. Between the influx of international students chain-smoking outside Butler and the myriad of subtle asian traits members posting about boba and the niche habits of their immigrant parents, I still remain unsure of my place at this school.

Even within spaces that would seem to offer the opportunity to belong on this campus, I feel alienated from my peers. In a class about the psychological impacts of being Asian-American, my professor assigns readings on the Japanese Nisei/Issei dynamic, the idiosyncrasies of the Korean adoptees, and the tensions between first and second-generation members of Chinese families. I waver, half immersing myself in fruitful conversations with my peers, half wishing I could float up through the roof of the classroom and disappear.

Furthermore, the popular mixed-race sentiment of having to oscillate between two distinct cultures remains elusive to me. When my grandparents immigrated from Manila to the East Coast of the U.S. in 1958, they underwent a process of cultural erasure in order to survive in a system in which total assimilation was the only option. They worked steadfastly as anesthesiologists, bought a house in the suburbs of Philadelphia complete with a dog, a pool, and a perfectly mowed lawn, and sent my mother to a private high school. In building a successful future for their children, they lost pieces of themselves along the way. My grandmother doesn’t ever speak Tagalog except on the phone with her friends back in the Philippines, in elusive, mesmerizing snippets I’ve captured through recordings.

So there I was, back in Goldstar Discount one summer after college. My visit was spurred by a strange vengeance I had accumulated after witnessing a white girl selling another white girl these beautiful, silk, dragon-embroidered pants on Barnard Buy Sell Trade. It was as if I hadn’t known how to occupy a space within my culture until I’d seen it so clearly violated. Now that it had been, I wanted to retaliate, and somehow, buying similar pants felt like the way to do so.

After angrily stalking the few blocks from my house to the store, I hurried to the back and began sifting desperately through the pre-wrapped sets of clothing, trying to find my size. I unwrapped one in light pink, realized it was a kid’s size six, stuffed it hurriedly back in its casing, and moved onto the next. The disrupted rows of plastic crinkled as if in disapproval.

Suddenly, the plum-wrinkled lady who had been manning the counter was standing behind me. She looked me up and down as if I was some white, Midwestern tourist searching for a kitschy souvenir, and told me, “14 kids is biggest size. You won’t fit.”

How do you “fit” into a culture when yours has been blurred and distorted by the intense pressure to Americanize, on a campus that fails to instigate nuanced discussions about the third-generation experience? And what even is white culture beyond memes involving unseasoned chicken, anyway? When both of the sides you belong to are restless, vague, and undefined, it is difficult to imagine yourself ever inhabiting any sort of “authentic” cultural identity. You find yourself hanging in suspension between labels, rejected by those for whom authenticity has never been a question. As one of my favorite writers, Ligaya Mishan, writes in her New York Times food column: You are forever “at odds, unresolved, in abeyance.”

But inhabiting the slippery interstices between obvious categories of cultural identification offers up the opportunity to forge something new. Culture manifests itself in the most mundane of moments: in conversations with your mom over her “paleo” rendition of adobo; in your sister’s hysterical laughter over phrases pulled from the deep recesses of childhood; in the thick, lingering scent of your grandfather’s bibingka wafting from a humid kitchen; in getting angry at your lovable-but-bumbling white dad. Mixed culture at Columbia is loving Ferris cheesecake as much as halo-halo and wearing Nike athletic socks with the plastic house slippers you bought in New York’s Chinatown. It’s embracing the experience of not fitting, and learning to carve out your own spaces in which to fit.

Hana Rivers is a junior at Barnard studying English and concentrating in creative writing. She didn’t ever find those dragon-embroidered pants in her size, and she’s okay with that. If this piece struck a chord, reach out to her at hr2370@barnard.edu. On the In-Between runs alternate Thursdays.