The People of Color problem

The People of Color problem 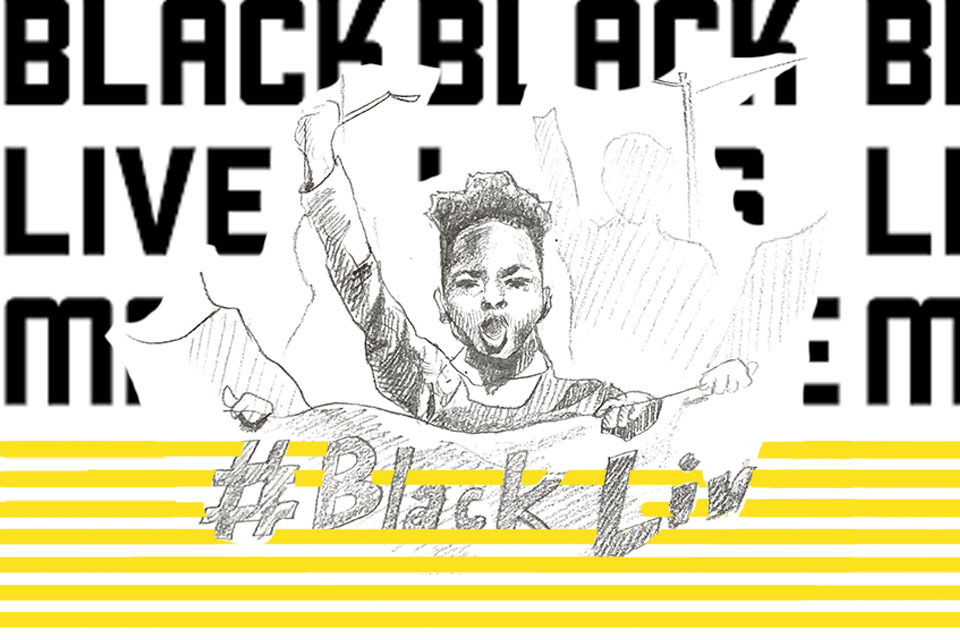 I was excited to come to Columbia after following many of my future classmates on Instagram over the summer before my first semester. From their posts, it seemed that Columbia students were ready to engage in intersectional political conversations. However, for what has been branded as the most diverse and political Ivy—with students who love to argue about anything from the importance of Plato to the best place for salad on the Upper West Side—there is a failure to argue for the humanity of Black students. As a Black man from Texas (a state often stereotyped for its lack of open-mindedness), I chose Columbia because of its commitment to social justice, but what I found is a normally vocal student body quiet on issues facing Black students, while having no problem using Black struggles to advance the discussion of their own adversities.

After a series of racist incidents, from microaggressions against myself and my Black American identity to the now-viral racist tirade outside of Butler, I have constantly found myself offering emotional support to non-Black “allies” that these situations did not involve. Directly after the viral incident that occurred before winter break, I attended an event in the Office of Multicultural Affairs that was supposed to offer a space for “reflection and healing” and discuss solutions to the events on campus. There was a problem though: Most people in the room weren’t involved in the incident, and most people weren’t Black. The conversation instantly shifted from protecting Black students on campus to discussion about how the Core Curriculum should be changed, and how many non-Black students felt unsafe on campus. In fact, no one addressed that the incident, as well as other incidents like the one at Carman Hall in early December, were specifically acts of anti-Blackness, until I said it.

The conversation again moved away from Black people and shifted directly to White Supremacy, ignoring the fact that many acts of anti-Blackness that my peers and myself have experienced have not come from white people (yes, non-Black people of color can be anti-Black too). This is not to say that non-Black people could not participate in the discussion or express their concerns, but in erasing the anti-Blackness of the situation to highlight greater White Supremacy as a whole, non-Black people were taking up too much space and silencing their Black counterparts. This is an issue that I expected of the Columbia administration as a whole, but not of the Columbia student population.

However, this is not an issue with other acts of discrimination on campus. After a Columbia professor’s office was vandalized with swastikas, the campus readily discussed anti-Semitism. After a homophobic joke was told at cultureSHOCK, an annual charity showcase hosted by the Columbia Asian American Alliance, the entire campus couldn’t stop discussing homophobia. It seems that when discrimination happens to any other marginalized group on campus, the Columbia student body is ready to name the exact type of discrimination it is. Yet, despite multiple cases of anti-Blackness continually occurring on campus, no one wants to say the word “Black.” On a campus where so many students place #BlackLivesMatter into their social media handles, why is it so hard to say the word “Black,” even when discrimination happens to Black students on campus? When anti-Blackness occurs, call it what it is: anti-Blackness.

Instead, every issue affecting Black students on campus becomes an issue regarding “people of color.” “People of color” is a term of inclusivity. It is a term popularized by Black civil rights activists in the 1960s and ’70s to highlight the experiences that different racial and ethnic minority groups share and to foster a community between them. But its use as of late, particularly on Columbia’s campus, acts to erase the experiences of the very people who popularized it.

Not everything that affects one group of people inherently affects another, and there are noteworthy distinctions between different types of bigotry and experiences. For example, according to Pew Research, “Asian [Americans] overall were also less likely than the general U.S. population to live in poverty in 2015 (12.1% vs. 15.1%). But … [e]ight of the 19 Asian groups analyzed had poverty rates higher than the U.S. average.” This is an example of the issue in making sweeping generalizations about struggles within even one racial/ethnic group. How can progress be made if we continually brand issues as affecting “Black and Brown people” or “people of color?”

There is a reason we say #BlackLivesMatter to begin with. It is to highlight the specific issues regarding racial discrimination toward Black people by law enforcement and the judicial system, an issue with a complex past regarding Black American people going back to the advent of policing in this country. Without the word “Black,” the hashtag has no meaning, has no purpose, has no cause, and therefore can create no solutions. This same idea applies to racist incidents on this campus.

As we go through Black History Month, remember, it is okay to say the word “Black.” If you don’t, you erase the few of us on this campus entirely.

Colby King is a first-year concerned with the erasure of people of color through the use of the term “people of color” by the Columbia community. He feels that we have to name specific instances of discrimination to solve discrimination. If you think he got something wrong or if you agree wholeheartedly and want someone to rant with, please send messages to colby.king@columbia.edu. The King Has Spoken runs on alternate Fridays.