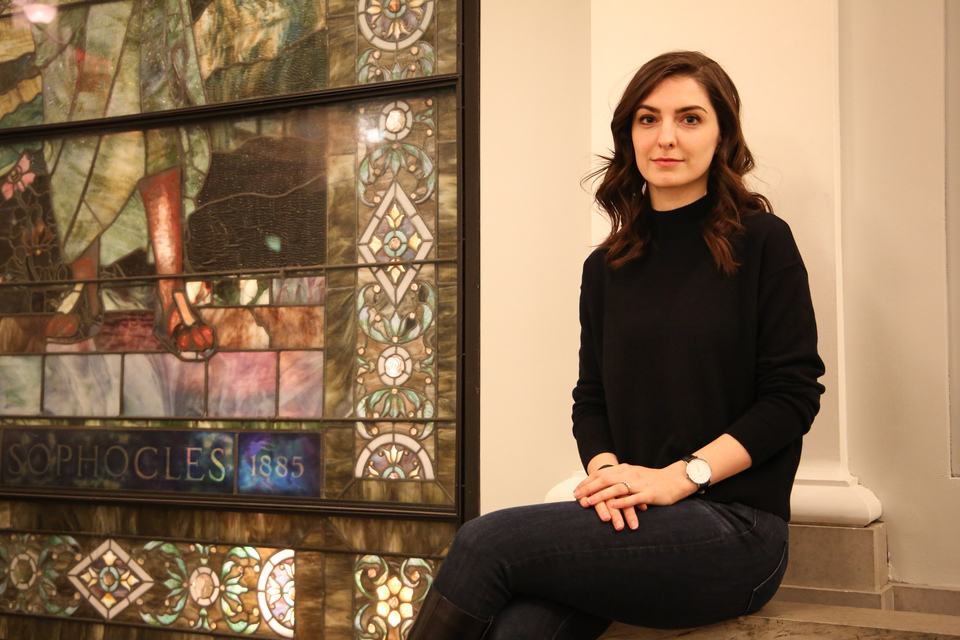 Last semester, I had a midterm. Actually, I had several, but this one made me think. I was studying abroad in Paris at the time and when I was scheduled to have a dinner with my host family the night before this particular midterm, I planned on begging out of the dinner just to study. But when my host invited several friends to dinner for the sole purpose of meeting me, I knew my plan would be impossible.

Instead, I ended up doing what all of us here at the “Greatest University in the Greatest City in the world” have done at one point or another: I deprived myself of sleep so I could prepare for an assignment. I went to bed as soon as the guests left at 11:30 p.m., and then woke up at 3:15 a.m. to study for the midterm that would begin in six hours. I studied, took the test, and I think it went fine. However, in my tired and grumpy state, I finally understood the ritual that followed for the veiled boasting that it was. Every time a friend asked me how I was and how my day was going, I regaled them with the above story. “I’m so tired,” I bragged to my sympathetic audience while dramatically pouring myself another cup of caffeinated tea, “I’m honestly not even functioning right now.”

But why did I say that? Yes, I was tired, it’s true, but why did I feel the need to tell everyone and work it into unrelated conversations? As I repeated this story multiple times throughout my day, I realized that I was showing off my lack of sleep as if it were an accomplishment because it gave me an excuse if I did poorly on that midterm.

All of us at Columbia do this. It seems it’s become a common interaction on campus—you say hi, you ask how the other person is, and they tell you how exhausted they are and how much they have to get done. You sympathize, perform your half of the ritual in turn, and then the two of you part ways to go watch Netflix in Butler and to do it all again next time. It also shows up in the strange cultural mirror that is the columbia buy sell memes Facebook page: When we scroll endlessly instead of writing our papers, we’re not only participating in Columbia’s procrastination and performative exhaustion culture but actively supporting it. If other students on the memes page are flaunting their own sleeplessness and stress, it’s hard to not participate in that competition too.

When I really examine this phenomenon, it gets even more bizarre. If we all want to seem busy all the time, isn’t that self-defeating? Why is this desire to seem constantly overwhelmed so prevalent at Columbia? We’re all capable students; why do so many of us live this self-defeating lifestyle? During one of the first weeks of GS’s mandatory orientation class, University Studies, my professor gave me an answer: The amount of homework given by Columbia professors is impossible by design.

“You won’t ever have a week where you finish all your homework,” she told us while handing out study schedules. I didn’t believe her at the time, and I still have my moments of doubt. However, I soon learned that this was true. It seemed as if professors wanted us to prioritize our work efficiently. Surely such a system would drive exhausted students to their breaking point more reliably than it would teach them time management skills. Surely the main focus of Columbia should be real education, and engaging with the materials, instead of frantically shuffling work and deadlines and personal engagements.

I honestly don’t know why professors would give more work than they know can be done, but I know and have felt the effects of it. I’ve lived the weekends in Butler, the stress culture, and the imposter syndrome.

We talk a lot about self-care here and a lot about feeling guilty when we do care for ourselves. Mostly, my version of self-care has consisted of a jar of face mask and my membership to Dodge. Now I’ll be adding some things, though, in an effort to treat myself a little better: I’m going to actually sleep more, not just because Ariana Huffington told me to in that one TED talk, but because I feel better about the world when I do.

Self-care should mean eating well, actually going to Dodge, and giving myself enough time to do my homework in a way that makes me proud. This means not only using my time more wisely and preparing for assignments instead of cramming everything into the last moment, but also not bragging about how tired I am when Columbia’s intentionally overwhelming workload means that I’m not able to do that.

It includes trying to change our culture of performative exhaustion, seven to eight hours at a time.

Megan Howard is a third-year student at GS, majoring in political science and business management while spending way too much time on columbia buy sell memes. If you wish to share an opinion, disagree, or discuss NY’s bubble tea scene, her email is mh3701@columbia.edu.