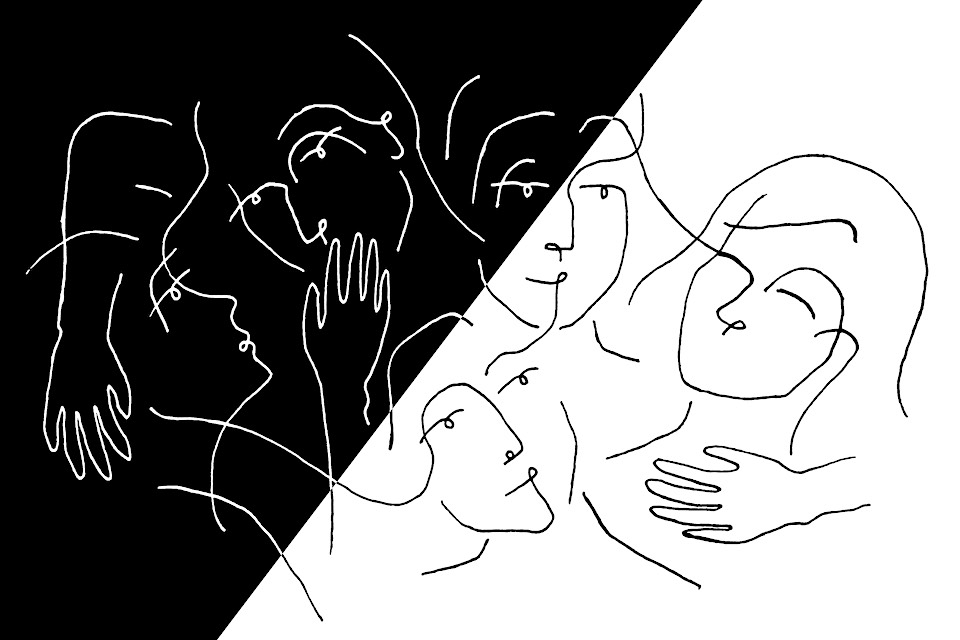 Among the select few who knew my Chinese name—Leying—many of them only knew because of my fake ID. Numerous intoxicated cheers were made using that name, while I downed whatever liquor that was in my hand and screamed silent prayers that people would just quit butchering it.

But simple racism could not explain all the reasons behind my decision to go by Julie. In truth, I secretly enjoyed how the sharp American-ness of Julie provoked my dad, who would only go as far as calling me “Juju.” To him, Julie was just a placeholder for my present confusion over my identity, which would be undoubtedly, exclusively Chinese; in no way could a name like Julie entail my real self, the culture behind me, and the greatness that I was supposed to achieve.

My dad said I had to do “do big things”—zuodashi. I spent my entire childhood and teenage years trying to decipher what “big things” meant. Despite failing to be the son my dad never had—but was still given twenty-something names for—I was charged with the great mission of making it in history. I finally thought I was on track to achieving his ill-defined goals for me—leaving that small liberal arts college in rural Pennsylvania for Barnard, familiarizing myself with names like Edward Said and Grace Lee Boggs, and finding myself empowered by activism and organizing. And yet, my parents did not seem happy—at least not as happy as I thought they would be.

To clarify, my parents were happy that I transferred to Barnard, specifically to Barnard College of Columbia University, but they did warn me not to become a feminist. When I raved to them about all these badass activists and scholars I met as I got more involved with defending affirmative action in light of the Harvard lawsuit, they texted me a Chinese idiom on WeChat, “The first bird gets shot” (roughly translates to “don’t stick your head out.”) And when my mom heard about my summer internship offer from Planned Parenthood, she merely commented: “Are you only going to work for a nonprofit now?” and “Ask them if you could leave a week early so that you would still have time to go to China.”

What really broke me was two years ago, surrounded by our family friends in Shenzhen, China, while shaking his head, I overheard my dad saying, “I really regret taking her there.”

I tried everything to protest my parents’ microscopic level of interest in my growth: crying, screaming, and silence. I argued that we shouldn’t limit our cultural identity to our citizenship, or that it is exhausting to constantly include nationalistic politics in our personal lives; I showed them my resume; I took them to the Museum of Chinese in America. In the end, my only success came in reminding myself how ridiculous I was in wanting to impress my parents. They became increasingly confused about when and where they lost their Chinese daughter, who had only moved to the United States when she was 14 and was expected to act and think as if nothing in her life had changed.

On our flight to China over winter break, my mom and I watched Searching, a film about a Korean-American father who had to utilize his bare-minimum knowledge of social media to search for his missing daughter.

“I don’t think Dad would be able to find me had I gone missing,” I said.

“You shouldn’t doubt your Dad’s love for you,” she scoffed at me, “Leying.”

As long as I could remember my name, I would never doubt my parents’ love for me. I had always admired my parents’ ingenuity in naming me Leying. They each chose one character. My dad picked ying, “crystal-clear water,” symbolizing purity, adaptability, and all the qualities that a Chinese father could hope for his only daughter. My mom picked le, “happiness.” She was inspired by a line from the Analects: “The wise delight in water; the benevolent delight in mountains.” My dad’s name is the Chinese character for mountains, so he’s got benevolence, and my mom wanted wisdom and happiness for me.

Mama, Baba: You never lost me. Just meet me halfway.

The author is a junior at Barnard studying economics. She sends a virtual hug to anyone who can resonate to any part of this piece: We will all be OK in the end.