You got an F at an Ivy League school. Now what?

You got an F at an Ivy League school. Now what? 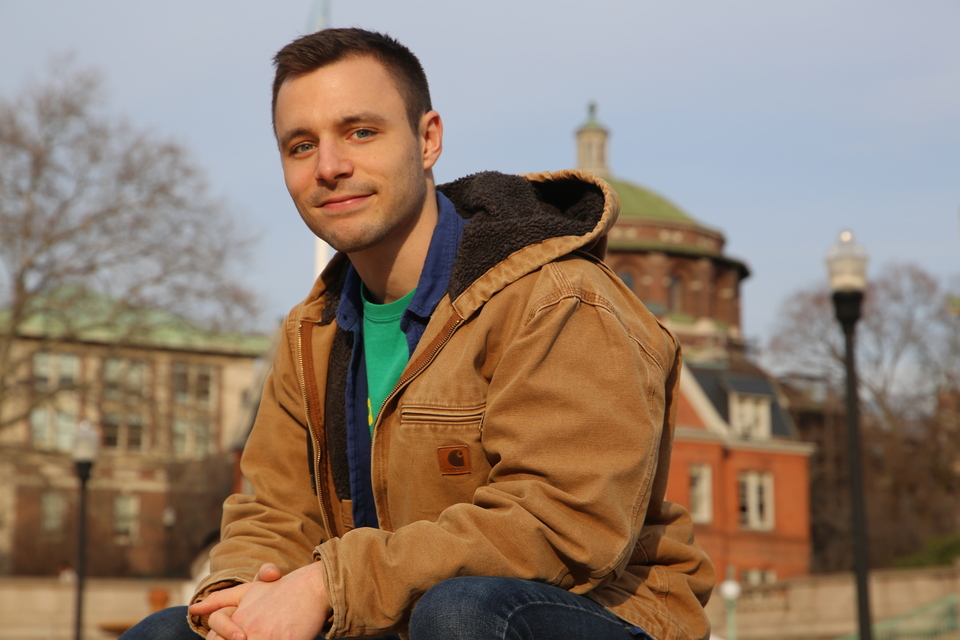 The other day my Musics of East Asia and Southeast Asia teacher made a fake example of one of my classmates.

“Let’s say I flunk him, which won’t happen” I remember her saying. “He might be very sad at first. It could mean no high-paying job, no prestige...”

She went on to illustrate the Buddhist concept of expedient means. In short, this is the idea that, with the right mindset, one can find enlightenment through an event or experience that may not have seemed helpful at first. For instance, failing a class could force the student to realize a greater truth about their Columbia experience.

While it was a useful example, the professor wouldn’t have had to use a hypothetical had she known about me.

During the first semester of my junior year, I failed Masterpieces of Western Music. Yes, I failed Music Hum. The “piece-of-cake” introductory course that all Columbia College students have to take. Having been typecast as “the smart kid” throughout most of my academic career, as most of us here were, seeing that F sucked.

It also wrecked the idea that I—then totally engrossed in extracurricular activities with hardly enough time left to have fun (read: drink) and do the bare academic minimum—was doing college right. I had led myself astray. And for that realization, I’m thankful that I failed that class.

To be clear, I earned it. I did not get screwed over by the administration or by my professor, who warned me that I might get a D or fail about a month before finals. I went full steam ahead because I was so sure that the lifestyle I had adopted, influenced by peers and the grinding culture at Spectator, wouldn’t lead me astray.

But that winter, detoxing my mind and body at home, I started to think back to what I wanted from my time at Columbia when I was a prospective student. I wanted to be engaged in my classes, do creative work on the side, maybe go to the gym, and definitely read books. At the time, I wasn’t doing any of that. I’m not even reading books, I thought. The Austin Horn from Convocation would slap me silly.

At a competitive Ivy League school like this one, we can get so bogged down by what our peers, the administration, and our student organizations tell us to do that we forget we have choices. It’s a privilege that we have space for reflection. Part of doing college right is gaining the perspective to realize that you may be doing it wrong.

So I figured out what I actually wanted from my time here. I started to read for pleasure again. I took aimless walks through the city. I started playing basketball. I strengthened my existing friendships (thank God for those) and forged some new ones. I joined a band.

This all happened during the spring semester of my junior year, a time when most people consider their college (and maybe even their life) trajectories set. This isn’t to say that I’m “on the straight and narrow” or that I’m some kind of golden example to follow. I’m not that. I’m just trying to follow my own expedient means.

But if you’re someone struggling to bounce back from an academic setback, know that you have time. None of those changes erased that ugly “F” from my transcript. While there may be some truth in the common response of “oh, your GPA won’t matter all that much in 10 years,” it’s important to remember that the other things that make up your life right now matter so much more—your health, your life goals, your sense of purpose, your relationships.

Students at Columbia shouldn’t be afraid to rethink how they’re spending their time in relation to these obligations. As students entering a competitive campus, we’re tempted to thoughtlessly hurtle towards the first idea of success at Columbia that we happen to latch onto. You might need a jolt from outside yourself to disrupt that.

My Musics of East Asia and Southeast Asia teacher finished her faux-example that day by saying that the student she hypothetically flunked could learn that the end goals of getting a Columbia degree or a prestigious job aren’t all they’re cracked up to be. We only get four years here, and we should keep the perspective to take whatever circumstance, however negative, as an opportunity to reorient ourselves. I hope for your sake it’s not an F, but if it is: It doesn’t matter. Even that can become your expedient means.

The author took on a dizzying jumble of roles for Spectator’s 141st managing board. He enjoys making music, walking in the woods with dogs, reading books, and laughing when he can. Send him Lincoln Chafee memes at jah2271@columbia.edu