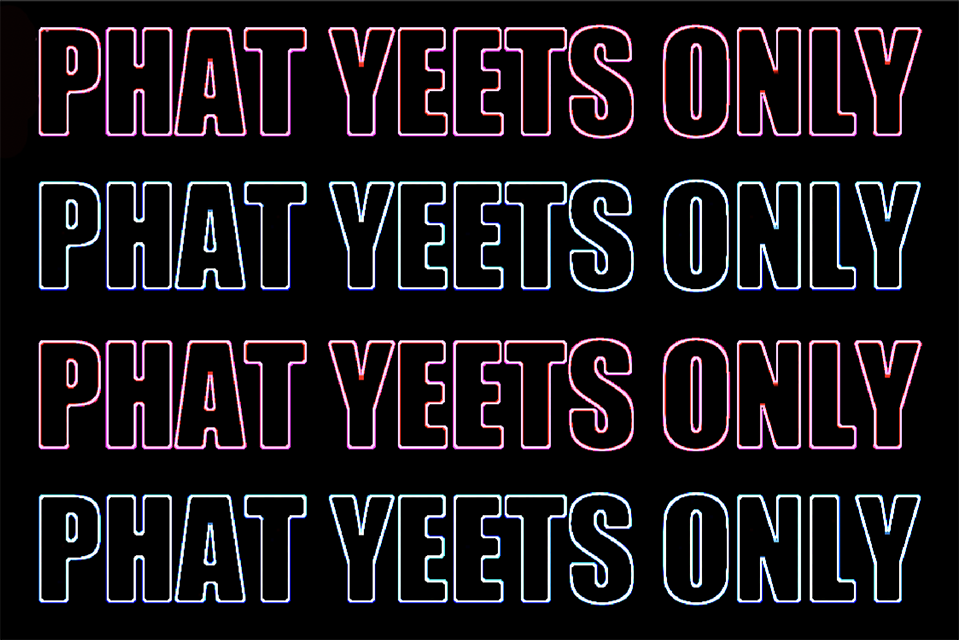 “Yeet,” the greatest word of our time, emerged in the middle of 2014 when this Vine (or this one, depending who you ask) went viral. I learned this about three weeks ago, but that’s probably because I live under a rock.

Nowadays, referencing a dank, five-year-old Vine implies some sort of nostalgia for the good ol’ days of Internet meme culture. But “yeet,” so far, has avoided this retrospective connotation, especially at Columbia, where some of us use it unironically in every other sentence. As far as I can tell, this is our community’s collective response to stress culture. In an environment in which we can always be wrong in what we do, we need some way to let off steam and be unequivocally justified in doing so.

“Yeet” is the one word we can never use incorrectly.

In its 2014 incarnation, “yeet” was used to accompany some sort of movement. It was (and still can be) synonymous with “throw far as hell,” and could have been used to refer to the dance move that made it famous. About a year after the Vines went mainstream, “yeet” still had a fairly limited range of meanings: It either recalled the dance or was used as an exclamation in pickup basketball when a shooter could tell their shot was going in. However, according to popular anecdote, the meaning it has nowadays was already taking shape: “Let’s say you and your friends are dancing and one lands a flawless backflip,” wrote Mehak Anwar for Bustle in 2015. “That would be your cue to yell out ‘yeet!’ and let them know just how awesome they are.”

Words with very niche contexts like this tend to either fall out of use or have their meanings mutate quickly. Around a thousand years ago, a word that sounded like “yeet” also existed in our language: In Middle English, the word “yeet” (the same as we pronounce it now) was a form of the verb “yeten.” “Yeten,” in some contexts, meant to call someone “ye,” the more respectful version of calling someone “thou”. But once people stopped needing a word for that, they stopped saying “yeten” entirely.

Thankfully, our modern “yeet” took the second option—before it could fall into disuse, its meaning broadened to be a synonym for “fuck yeah!” or “that’s dope” or “word/bet/nice.” It has since expanded to become a word that can mean literally anything or nothing at all. (N.B. Nobody really knows where the modern word “yeet” comes from. Some would argue that the widespread use of “yeet” has been appropriated from Black English via Twitter and other social media, but I’m not sure I agree. In any case, I think the word’s expansion from Black English, if it originated there, into mainstream colloquial English reflects an improving, but still tense, relationship between those two dialects—at least among our generation. But I digress.)

In late 2017, several months after Vine’s demise, I started hearing this word every two seconds around campus. Conversations started sounding something like this:

“Sundays are my worst days: I’m just so busy the whole morning and afternoon.”

“Really? Well, Thursdays are my hardest days. I usually don’t go to bed until like 4 a.m.”

“Dude, that exam yeeted me so hard.”

I think we’re saying “yeet” all the time to fill the hole that Columbia’s toxic stress culture makes in our lives. We feel pressure to find summer internships before everybody else, go to EC parties every weekend, hit the Juul, meet the loves of our lives, wear deodorant every day, do all our readings, and take classes we won’t complain about. I mean, c’mon, that’s asking way too much! Who can do all that and still sleep at least four hours a night? Not I. To cope with my crippling inadequacy complex, I say “yeet.” Nobody can tell me I’m using the word incorrectly and nobody will ever fail to understand exactly what I mean by using it. Saying “yeet” allows me to disengage from stress culture, to signal the constant pressure it puts on me by actively ignoring the impetus to choose my words carefully.

The long and short of it: Let’s keep saying “yeet.” It’s the word we need to blow off steam and remember the absurd. It gives us a reality check on stress culture by reminding us that there’s no objective standard of correctness, not even in the way we use words. We deserve this.

Austin Dean is a junior yeeting linguistics. You can yeet him at acd2179@columbia.edu. Important: the simple past of “I yeet” is “I yeeted.” It is definitely not “I yote.” Can of Words gets yeeted alternate Tuesdays.