Here’s how you win Senior Scramble

Here’s how you win Senior Scramble 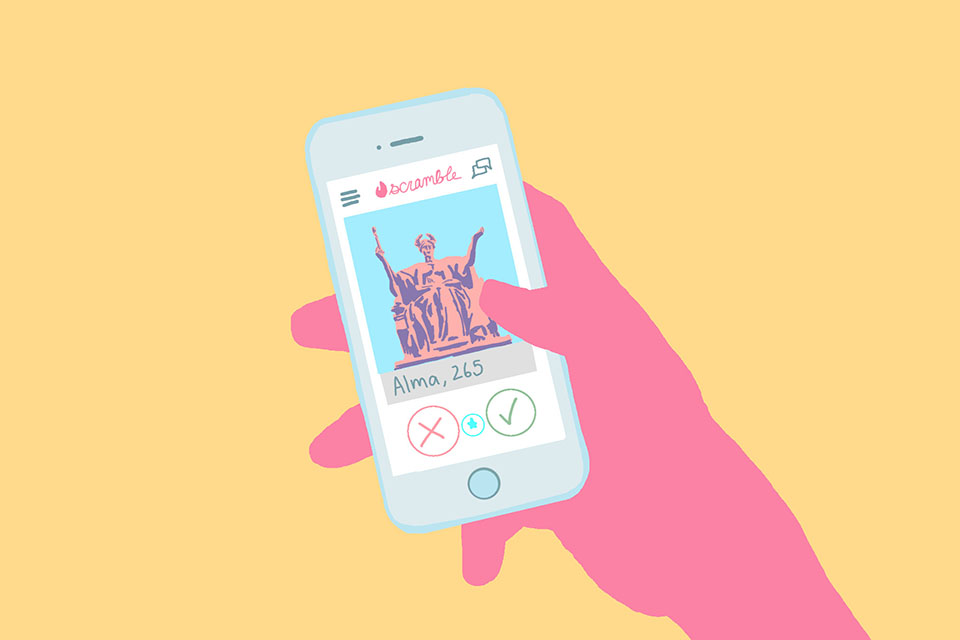 Senior Scramble is in the air, and people are really going nuts. For those of you who aren’t familiar with the tradition (read: freshmen—oops my b—first-years), Senior Scramble is an annual event during which you submit the UNIs of 10 people who you would like to rearrange your guts and hope that they share the same sentiment. Best case scenario: You get laid. Worst case scenario: You don’t.

Despite the fact that Senior Scramble is basically just glorified Tinder, some people take this tradition very seriously. The other day I heard a girl tell her friend that if she doesn’t get a Senior Scramble match, she’s gonna “end it all.” You might say she’s being dramatic, but NGL, I said “same.”

Since the practice is considered a “senior” tradition, it’s imbued with excessive sentimentality and, therefore, artificially high pressure not to flop. It can feel like your entire #CCjourney (pay me, Valentini) will be meaningless if the guy you drunkenly made out with at a Carman NSOP rager no longer remembers your name.

It all comes down to our egos. Everybody knows that if you go to 40s on 40 without a match, you’re gonna feel like an ugly fool. That’s probably the reason why everyone smashed all those bottles. Everybody knows that public humiliation + impaired judgment + the inability to get laid = rage. Just ask the regulars at Mel’s.

This being established, I couldn’t help but wonder: what is the best Senior Scramble strategy? It’s time for some game theory. Considering the fact that you get to submit 10 whole-ass UNIs, your odds of matching can change dramatically depending on your approach. Should you put 10 people that you really wanna match with, or 10 people that you reasonably could match with? Is the game to get a match, or to get the match?

Think: that one really hot guy you had a seminar with last year, with whomst you made steamy 15-second eye contact but also has a long-distance gf, versus the guy you almost hooked up with at 2017 Bacchanal (but didn’t because your friend got CAVA’d) who still religiously likes all of your Instagram pics but has lowkey gotten more busted in the past two years. You already know which is gonna be more gratifying, but you also know which one’s a safer bet. I could revert to my douchebag Spec columnist roots and make this a whole higher pleasures versus lower pleasures philosophy thing, but I’ll spare you that discourse.

All of the hype around Senior Scramble makes us want to believe it means more than it really does. I mean, let’s be honest, are we really such socially-stunted losers that we need some code written by an unpaid computer science major to tell us who’s DTF? No … but that doesn’t mean that it’s not still a fun thing to do. The key to Senior Scramble is realizing there’s not really that much to unpack. If you end up matchless on that fateful night, there’s probably another failure out there who’s in the same boat—that is, skulking around the penis fountains and rapidly lowering their standards. Go find them, champ!

Maybe the real Senior Scramble was the friends we made along the way? No, that’s not it. Please just pretend you learned a valuable lesson from this. Anyway, that’s all I got for this week—good luck getting it in!

Anna Lokey is a senior in Columbia College studying philosophy. Direct your fan mail, hate mail, or notices of expulsion to ael2177@columbia.edu. Funny how that’s also her UNI! ;) A Girl and Her Juul runs alternate Tuesdays.