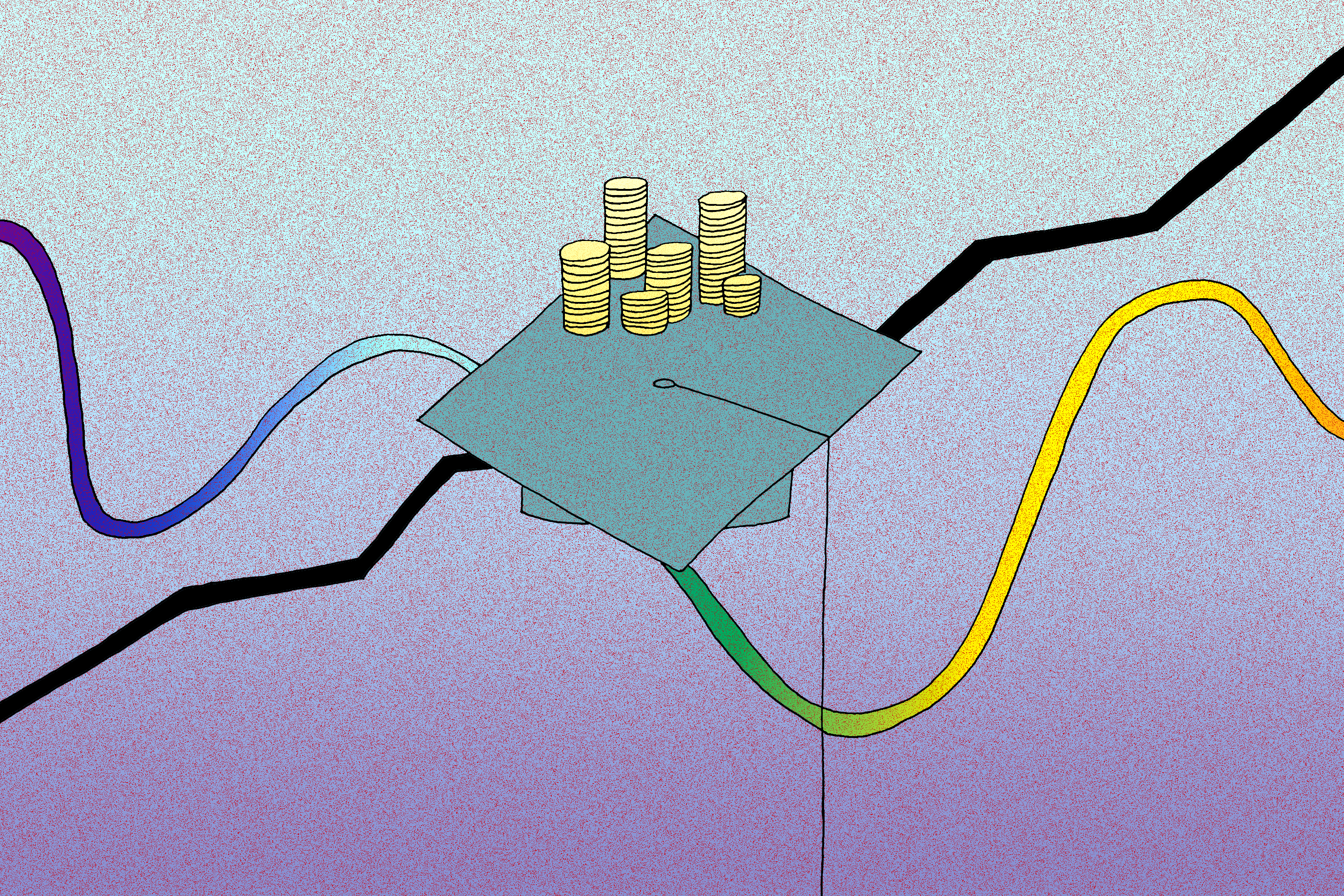 It’s almost three in the morning, and this column is about how I can’t write this column. When I applied to be a columnist over winter break, high on codeine and Vicodin from the recent removal of all four of my wisdom teeth, I stated that I would be a good fit for the position because I would write about mental illness. I thought that I could write about my experiences in a way that was eloquent, that others could relate to, and that would show in a cohesive narrative that it doesn’t affect my success.

I’ve been trying to write that column for three months now, and I can’t do it.

The reason is that I’m scared. I’m scared that employers or graduate school admissions officers will read it and think I’m unstable. I’m scared I’ll come off as hyperbolic, bitter. Like I shouldn’t be at this school or capable of functioning in a workplace. In the vaguest sense, I have intense mood swings, anxiety, and am prone to getting angry for no discernible reason. I take mood stabilizers sometimes, antidepressants sometimes, and I once took an antipsychotic that made me forget my own address.

I wanted to talk about all of that. I wanted to be a voice people could relate to, and show that behind Columbia’s perfect façade there are people who are struggling. In sharing my own experience with mental illness, I wanted to help normalize the idea of neurodiversity. There’s also just so much good content. But I can’t get it from my mind onto paper and there are so many aspects to it that I can’t write about without feeling terrible.

I was going to drag Barnard counseling services for the absolutely awful therapist I had to see before I could see a psychiatrist to get the medication I needed. She made me feel like I was incapable of everything from succeeding academically to cooking for myself, and like being assaulted was my fault. Every session ended with me crying or yelling, until I started getting high before I went.

I was also going to drag Barnard health services for making my life harder when I needed their help approving forms so I could be an EMT. But honestly, more relevant to my life than anything to do with Barnard’s stupid administration is the fact that I’m anticipating having a nonlinear career path.

I think it’s unrealistic of Columbia and Barnard to expect us to decide at the age of 19 or 20 what we want to do for the rest of our lives, and then go off to have immediate success in that field after graduating. While I personally think well-roundedness is overrated, Barnard certainly doesn’t, and I wonder what the point of allllllllll of the Foundations requirements are if we aren’t expected to switch careers a couple times.

At the moment I am somewhat directionless. Not entirely directionless—I’m still majoring in math and biology and getting as much programming and research experience as I can. I do this because I need to be employable after I graduate; moving back in with my parents is very much not a part of the plan I have for myself. I can still see myself doing a lot of things: teaching science to kids, working in public health outreach, being a research assistant for a couple of years and then going to grad school, opening a cat café. Lately I’ve been really fascinated with biological applications of nanotechnology.

As I’ve embraced my lack of direction and prospective nonlinear career trajectory, I’ve wondered more and more why Columbia focuses so much on the idea of instant career success. I would argue that the events most accessible to the entire student body revolve around networking and career fairs as opposed to clubs—which we might have to apply to or pay to be in. There’s nothing wrong with having a linear career trajectory, but there’s also no reason to hold the idea in such high regard, especially because so many students here are from the topmost income bracket and their career success has been almost guaranteed since birth. A lot of them are just doing what is expected of them—working at one of your parent’s law firms or hedge funds or pharmaceutical companies isn’t difficult or interesting when you’re born with the resources to do it. (Barnard didn’t radicalize me; being surrounded by wealth radicalized me).

My post-graduation plan is to be directionless and employable, and I’m okay with that. I’m still ambitious, or else I wouldn’t be here, but my life not going entirely as planned has opened me up to the idea of career possibilities outside of what I had ever considered. It also made me realize that having a nonlinear career trajectory wouldn’t be so detrimental. Forbes wants millennials to stop apologizing for job-hopping, and I want Generation Z (that’s most of us as undergraduates) to stop apologizing for not having our lives completely planned out. There are so many reasons not to have a linear career path, or not to know what you want to do with your life. Mine might be both that I need time to find a mood stabilizer I can function well on, and that I have too many interests to choose a direction yet. The point of this column, besides me sorting out my life, is that we, Columbia, as a collective, need to calm down.

Liza low-key might just move to Sicily and work on her distant relatives’ farm.