Letter to the Editor: Athletic recruitment is essential to a Columbia education

Letter to the Editor: Athletic recruitment is essential to a Columbia education 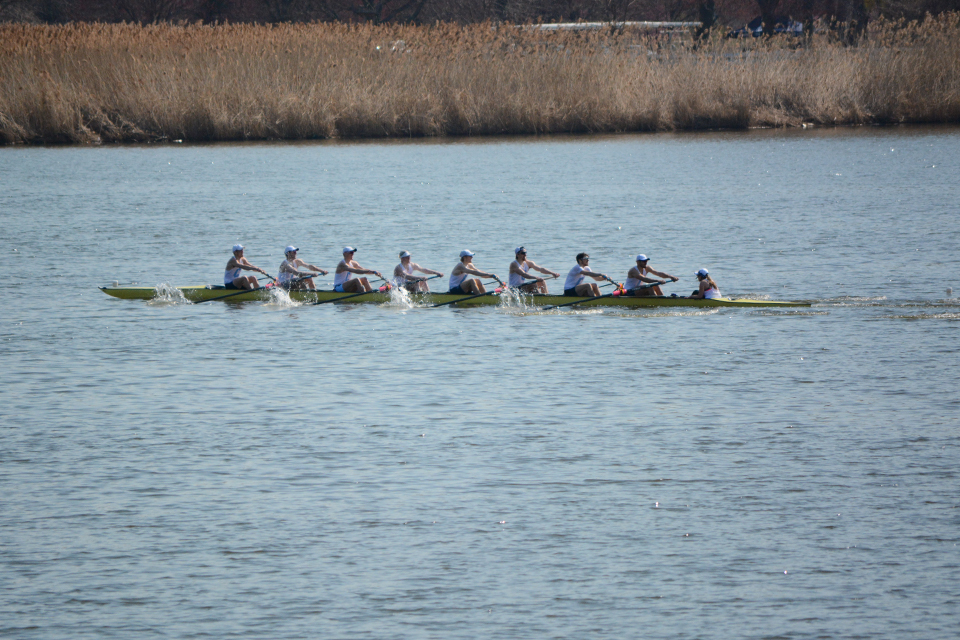 My experience choosing a college was molded not just by my academic ambition, but by my desire to pursue Division I collegiate rowing. However, it took me until this year to feel proud enough to tell classmates that I was recruited. Agrawal’s op-ed, published earlier this week, reflects a problematic misunderstanding of the value of high-level sports which perpetuates the dismissiveness toward student-athletes at Columbia.

Recruiting is not just dependent on pure athletic ability. Colleges look for student-athletes. Recruits get these coveted spots because of their personal attributes that coaches believe will benefit their respective school. Student-athletes must meet rigorous standards. Recruiting is about enriching school character, not just “chasing a title.”

By getting rid of recruiting and varsity sports, as Agrawal suggests in his piece, Columbia would lose a rich culture that fosters excellence and hard work. We have no scholarships. I remain on the team, not because I’m financially obligated to, but because it has taught me more than any class has during my three years here. Agrawal’s op-ed relies on the assumption that sports are simply a pastime used to find a social group. Let me be very clear: You won’t find anyone on this campus who would commit to 20-hour weeks in season as well as endless hours of unrecorded training outside of practice simply for the sake of social time. Like any other group on campus that students partake in, varsity sports exist so people with intense aspirations can find themselves together.

Rowing is what I love to do. Nothing more, but certainly nothing less.

Am I sacrificing a better GPA for the sake of my sport? Potentially. Last weekend, I spent 10 hours on a bus to and from Boston for a race at Northeastern when I had an organic chemistry exam on Monday. Am I sacrificing being a better person? No way. Even before getting to Columbia, I pushed myself through so many early mornings of squeezing in extra workouts before school, countless nights of studying after races, and the conscious decision to prioritize recruitment and rowing over partying while in high school.

Obviously, recruiting is far from a perfect system. As we’ve seen with the recent scandals, there are definitely examples of bribery, cheating, and dishonest acceptances. Recruiting is also very limited. I attended Philadelphia public schools for most of my life before going to a private Catholic high school outside of the city, just so I could row for that school. Because I was one of the few students to get an academic scholarship to this school, the financial burden to my family became far less severe. Sports are expensive. Even becoming good enough to be recruited involves hours of lessons and equipment that low-income students lack access to. This, however, is indicative of a larger problem—a system of inequality that can manifest in the demographics of recruited athletes.

The inequity in America’s school systems favors wealthy students who, from early ages, have been nurtured to feed into the “elite” system. Paying for SAT prep courses is allowed and even encouraged. Recruiting and varsity sports are not the sole source nor the perpetuation of educational inequality. It is one part of the larger college application process that is affected by inequality. Recruiting allows Columbia to encourage students who are highly skilled athletes, just as it accepts students with, for example, musical skills.

Columbia University’s mission statement says the following: “It expects all areas of the university to advance knowledge and learning at the highest level and to convey the products of its efforts to the world.” It would be a small world if the highest level of learning was limited to the classroom. We cannot foster excellence without supporting the specialized activities of our entire student body. None of us can definitively say why we are here—it’s all enshrouded in how Columbia chooses to accept students. And I have not met anyone here who has not contributed to the community in maybe the one way we each can. We should learn from people who know more, whether that be in athletics or organic chemistry.

College is not just about GPAs and resumes. Rather, it is about education. Getting rid of recruiting and varsity sports would be deleterious to school culture and the meaning of a Columbia education. I get up every morning at 5:40 a.m. to go out on the chilly and dirty water of Overpeck Lake in Leonia, New Jersey. I do it because there is nothing I love more. When I get back to campus for my 10:10 a.m. class, my day and my interactions are fueled by what I learn on the water.

Take a moment to reconsider the influence of varsity athletes on your own college experience. And perhaps with a new perspective, I encourage everyone to look into Columbia rowing. We take walk-ons.

The author is a junior in Columbia College, majoring in biology with a concentration in psychology. She is also a member of the women’s rowing team and was part of the crew that recently won the Woodbury Cup.