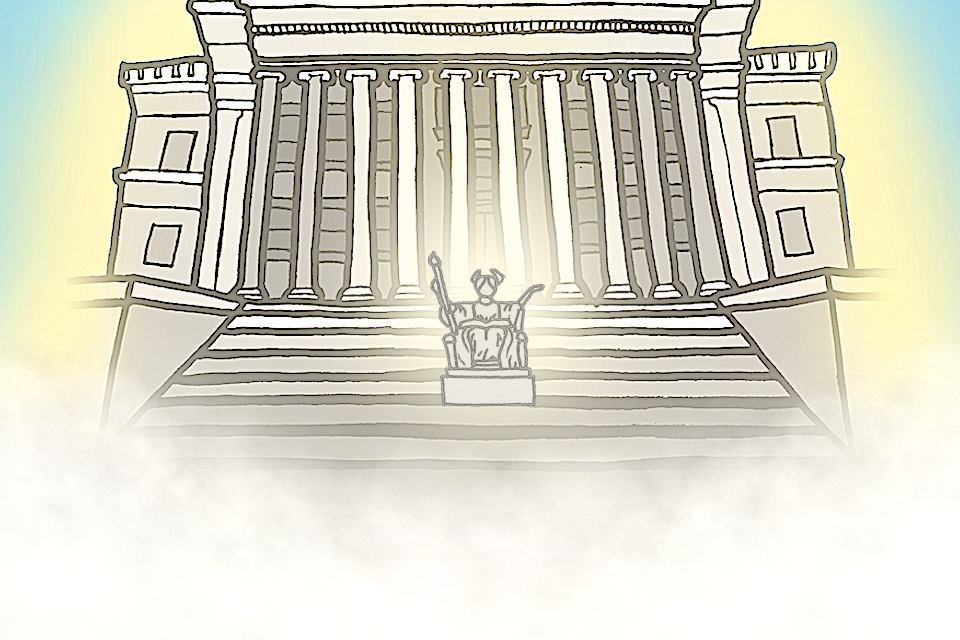 Notre Dame had only smoldered for a day when news broke that the French government would move to dismantle a different cathedral, a metaphorical one that baptizes a well-connected elite.

Imagine Wharton, Harvard Law, and the top tiers of America’s civil service rolled into one. You’ve got France’s École Nationale d'Administration (ENA), the national school of public administration that’s produced four of the country's post-war presidents (including Emmanuel Macron) and countless influential executives. Before the fire broke out, Macron planned to propose the school’s abolition as a concession to the country’s Yellow Jacket protest movement.

In one sense, ENA represents meritocracy at its finest: The best and brightest are funneled into an exclusive school via competitive entrance exams. But the system produces a high-powered network of the country’s most powerful people—in essence, a meritocratic elite.

Columbia was spared from implication in the most recent college admissions scandal, which renewed a discussion about all of the non-fraudulent ways that affluent applicants play the college game: with SAT tutors, admissions coaches, and other expensive resources. No doubt, this led people to doubt the existence of a real meritocracy.

In truth, though, the college admissions process is perfectly meritocratic—at least, it's consistent with the original meaning of the term. The idea that meritocracy would just create and solidify a new elite was part and parcel with the word's definition when it was coined in 1958 by sociologist Michael Young. On this campus, we speak of “fixing” meritocracy by redoubling our commitment to inclusion and diversity by empowering disadvantaged applicants or even by rolling back legacy admissions and athletic recruitment.

Even if you agree with these solutions, and I do think it's worth considering them, they are small fixes that bring the University just an inch closer to an elusive meritocratic ideal still miles away. "Meritocracy is a lie," Ethan Hastings argued in an iconoclastic op-ed last November. His thesis, that the birth lottery plays a larger role in winning acceptance to elite universities than many people care to admit, rings true.

However, it seems Hastings stopped short of proposing much besides rethinking how we got to Columbia, so let's consider another idea that's been kicked around: “The meritocracy is hardening into an aristocracy—so let it,” journalist Helen Andrews wrote in 2016. We should perhaps begin with the idea “that a ruling class should acknowledge itself for what it really is, and act accordingly,” read New York Times columnist Ross Douthat’s addition to that point.

Institutions like Columbia form legions of ambitious young professionals, not an insignificant number of whom will reach the C-suite, the halls of power, and the heights of influence. Financial services and consulting rank among the most popular post-graduation paths, contributing to a median post-graduation salary of $70,000. High-ranking public officials also rank among Columbia’s alumni. Denying that alums pass on the trappings of wealth and power to their children is near impossible. Yet the delusion of realizing a more perfect meritocracy persists.

In denying the existence of a new aristocracy, we fall short of the responsibilities that one would have to take up. Undergraduate education has become a place to "acquire skills" or to "develop human capital" for purposes of career advancement. Self-expression and self-care, important as wellness may be, represent the limits of our moral education.

The meritocracy illusion limps on, providing cover for the prestige associated with top universities in our society. After all, we say, we earned our position. But when admissions scandals inevitably roll around, the emperor is stripped of his clothes, and it becomes impossible to ignore the bare machinations of the hereditarily driven class system that pretends not to be one. When this happens, how can we credibly argue that elite universities act in the public interest, or that their graduates were proud participants in the collective endeavor of human betterment? Upbeat convocation speeches herald a mission not likely shared by many in the audience, and graduates look like opportunity hoarders.

Ivy League students talking about what label to give elite universities is the ultimate exercise in navel-gazing. And yet this debate matters immensely, especially when oh-so-original pundits take shots at universities. The usual line is something about identity politics degrading academic discourse and student life (and perhaps they're not completely wrong about that part), a reason to skip college altogether. But the critics narrowly skirt an important truth. As long as they are viewed as factories churning out the next batch of LinkedIn-ready, tabletop-standing, bright-faced members of the creative class, the position of our meritocratic cathedrals rests on flimsy foundations.

Then tear them down to build “True Meritocracy,” say you, woke Columbia student. But when that recommitment to meritocracy fails—and it almost certainly will—be ready to see more than just the roof go.

Jimmy Quinn is a political science student in the School of General Studies. Direct all hate mail to jtq2104@columbia.edu, or @realjimmyquinn on Twitter. Short Views ran alternate Fridays.