Ecomodernism: A Philosophy for Sale to Columbia Students?

Ecomodernism: A Philosophy for Sale to Columbia Students? 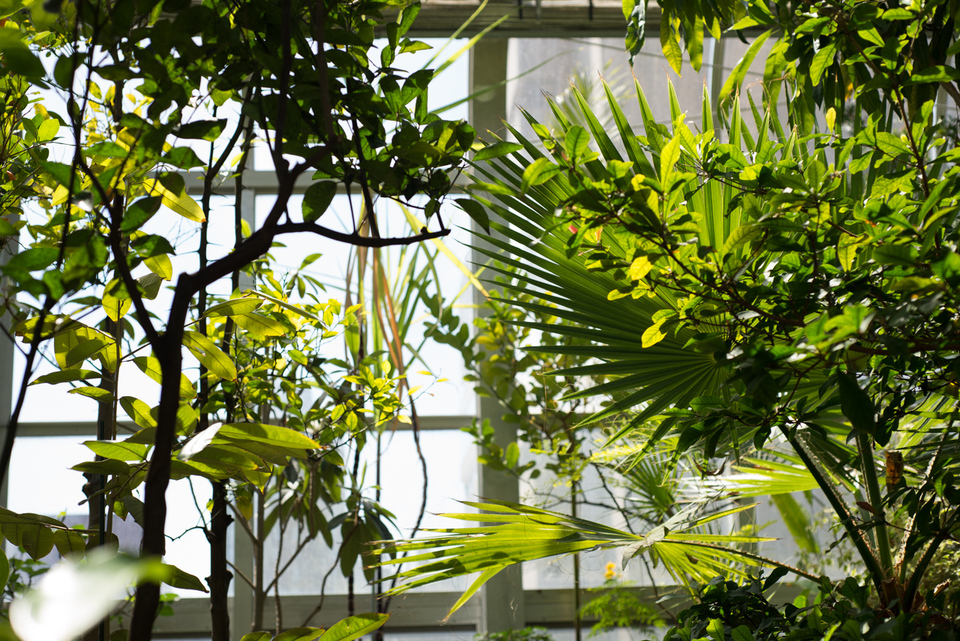 It was after the Introduction to Ecology, Evolution, and Environmental Biology (E3B) course that I began a yearlong journey of understanding aspects of the underlying philosophy within which professors at Columbia either teach or must resist.

During that Intro to E3B course, Professor Ruth DeFries—a key faculty member of the sustainable development program as well—informed us that civilizations tend toward collapse by their own weight and that the current one has had unprecedented impacts on the environment. Professor DeFries suggested we had to follow this civilizational trajectory or we wouldn’t be sitting in classrooms, sheltered, using laptops, discussing things. I pointed out that this hubristic view assumes the world’s peoples have been given choices to have it differently— this disregards the history of imperialism and colonization. Under a different trajectory, we would indeed still have problems to solve but also unique privileges and other strategies toward happiness.

I write as a futurist who embraces technology, as a lover of nature and its investigation, but I’m weary of narratives that cut off alternative possibilities for human living. So impassioned, I have been in conversation about my experience in that E3B class with DeFries, and other professors, researchers, and peers at Columbia.

Another professor in the E3B department helped make sense of my experience that day by sharing with me the Ecomodernist Manifesto, which lists DeFries as an author. Because she plays a powerful role both on and off campus, I didn’t take this lightly. The professor whom I met told me (and I later confirmed) that the Manifesto has caused discord within various departments and programs at Columbia.

The Manifesto is a philosophical treatise about humanity’s future, drafted with the intention to move environmentalists away from technophobia—don’t mind the big funders supporting these authors. It goes on to prescribe that humanity needs to “radically decouple” from nature, using technology that “liberates” us from natural systems. Working within an anthropocentric and authoritarian paradigm, this prescription for human living is colonial in kind. In its homogenizing view of human ontology as separate from nature and oriented toward linear progress, the authors believe humans desire faster-paced living—the premise to their imploration for maintaining the societal status quo with the only change being our energy source.

Not everyone wants to live in a city like NYC. Geraldine Patrick of the Center for Earth Ethics suggested during a Green Owls discussion the use of technology to form new complex living systems rather than building more megacities. What about transferring technology to Indigenous communities so they may adapt their traditional land use systems themselves? I imagine that transferring tech—rather than profiting from large sweeps of development projects, which often provide perpetual income—is not the most effective pitch for elite urbanites.

Despite the musings of “decoupling,” nuclear energy requires extraction of minerals uranium and thorium. If “decoupling” is impossible, why do “elite white urbanites” need false convincing that the same old industrialism and extractivist strategies we see with oil are “sustainable?” To act quickly even if rashly? How does this mirror the pace of society? This is the same hasty pace expressing as anthropogenic climate change—among many other social problems—today.

If nuclear energy sustains larger and faster cities, can the Earth? Minerals cannot be extracted forever, nor can other materials needed to support consumerism. Nor can vulnerable communities sustain “peak”-level extraction as the Manifesto suggests. As Mindahi Bastida at the Center for Earth Ethics pointed out, many of the world’s uranium “energy hotspots” are under traditional sacred sites.

Say nuclear energy gets us not to “peak” energy levels but to renewables–which the Manifesto doesn’t suggest–and these can sustain larger and faster cities. Can our social systems? Can our individual selves? The most efficient bureaucracies cannot collect forever. Remember, civilizations collapse by their own weight.

One alternative that Guillaume Faburel suggested at a lecture was the design of multilocal, smaller, slower (not faster) urban spaces with decentralized subsistence systems that enable “collectively organized conditions of autonomy.” This suggests that “decoupling” from authoritarianism, not nature, would alleviate civilizational pressures with more ecologically minded dispersals of both built land and power.

During a discussion I hosted, a sustainable development student said she was introduced to the Manifesto as if there was no other choice—remember Thatcher’s “there is no alternative?” If the Manifesto is exposed to peers, especially those entering the offices of powerful corporations, they should demand to know the possibilities it forecloses.

I am not the only student at Columbia that has entered the sustainable development program in hopes of reconnecting social relations with the environment in new and innovative ways. On the other hand, the program, as it currently stands, is mostly designed to set us up for corporate careers within one very specific sociocultural paradigm, with professors that believe we should break our relations (decouple) from nature. Isn’t a liberal arts undergraduate education meant to help us think broadly about society, not just in one way?

The author is a senior student at the School of General Studies with the (Sociocultural) Anthropology Department, a recovering Sustainable Development major, Founder of The Green Owls, G.S. Student Rep. on the 2017-19 Sustainable Leaders Network, Volunteer Organizer with Our Children’s Trust, and on-call Productions Research Assistant with Aniwa.co. All are welcome to imagine possibilities on our futures with the instruction from a shamanic teacher whom I include in my undergraduate thesis, Think about what “energy” (pun intended) you are setting into motion in the present towards the future outcomes you wish to see. Contact: evc2116@columbia.edu | estrella.v.castillo@gmail.com.