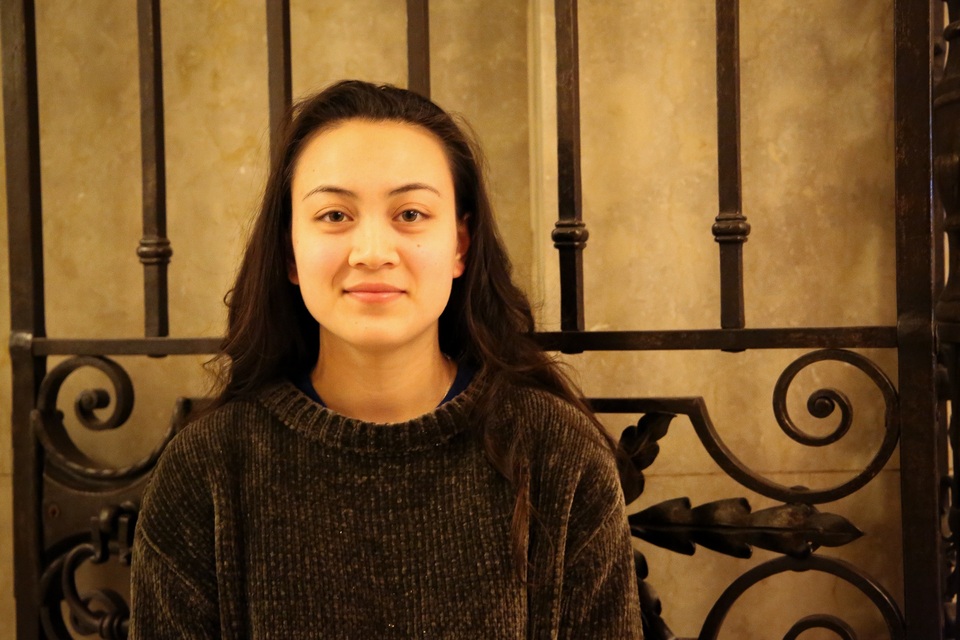 In my experience at Columbia, theater is dominated by white artists, both onstage and behind the scenes. Perhaps this surfeit of white leadership reflects the larger university population (which is itself a mirror of the elite cross sections of most artistic industries). Productions are selected and headed by white directors and producers, who build teams of people who look similar to themselves, leading to many shows being filled with white actors.

We can’t make anything unique or uniquely impactful in a room of people from similar backgrounds. As a director, this is something I know to be true: The most insightful ideas come when many different people offer suggestions and work together. How can we ever discover anything if everyone we work with comes in with the same perspective?

I know many talented artists who had a passion for theater or were interested in getting involved; yet, artists of color are consistently passed over in favor of white artists, and these students lose out on not only that first opportunity but also the ones which might have followed. Meanwhile, white artists get their chance to work and further hone their craft.

To address the inequalities that have manifested here on campus, I propose some practicable steps. First is accepting that, as a community and as individuals, we must think critically about our unconscious perceptions and biases. The second step is being open to correction.

We must make a conscious effort to admit when we have messed up and hold ourselves and each other accountable for the follow-through of not repeating mistakes. If we listen to criticism, acknowledge and learn from it, rather than taking it as a personal attack, we will create a space for peers to be comfortable correcting each other and for our collective culture to grow. We must also become comfortable being quiet. The best way to practice allyship is letting those of marginalized identities speak for themselves. Listening is a learned skill.

I credit Kachi Iwu, a senior in Columbia College, for a huge part of my artistic growth by pointing out my own misplaced bias. She was our dramaturge during Eurydice, in March 2018, when I served as associate director, and during Almost, Maine, which I directed this past fall. She acted as a main voice on the team, questioning artistic and logistical decisions and fostering a culture comfortable with recalibrating.

One essential point she raised was criticism of the word “experience” and the weight we place on it. When casting, I—as well as other members of the creative team—would be prone to give leeway to actors we had seen before, even giving callbacks to lukewarm auditions that an unfamiliar actor with the same audition would not have received. Kachi pointed out that experience itself is a luxury many have not known before, especially actors of color. By giving those with experience the benefit of the doubt, we gave more opportunities to white actors. I was shocked when she pointed out this unconscious bias, as my identity as a woman of color who deeply values inclusion in the arts is ingrained in my perception of myself. But Kachi was right, and I knew that what she was saying was not a personal attack on anyone’s character, but would work toward the benefit of Almost, Maine. Having her in the room during Almost, Maine made the process and the production better. I am grateful to her generosity of her insight and time. Her experience as the 2017-18 president of the Black Theatre Ensemble, as well as the emotional labor she directed toward educating me and other members of our team, was indispensable to our production and my own growth.

I want to demonstrate two things with this story. I am sharing an instance of exclusion I perpetuated to ensure I am developing an awareness of my biases and challenging them. In addition, while casting inclusively is a main focus in the productions I work on, selecting members of the creative team who add new perspectives is also essential. This was key to our work—inclusion cannot end with diverse casting. It is also about who we had making those casting and hiring decisions.

After reflecting on my own journey I created a working document for myself that outlines what I’ve learned. It touches upon gender, race, and ability; while certainly not all-encompassing, it includes questions to consider while working on different projects, as I have encountered them in my work.

Critics, audiences, and detractors of the form have been saying theater is dying. And if we continue to perpetuate the same works in the same westernized ways—with very little change in form in recent years—then perhaps euthanasia is deserved. Through diversifying the perspectives represented, I believe we can incite a resurrection. Don’t you want to be a part of that?

The author is a sophomore theatre major at Barnard and is probably in rehearsal right now. If you have anything you’d like to add, to these topics or another, she’s always open to discussion. Email her: adh2171@barnard.edu.