I never meant to fall in love with Spec

I never meant to fall in love with Spec 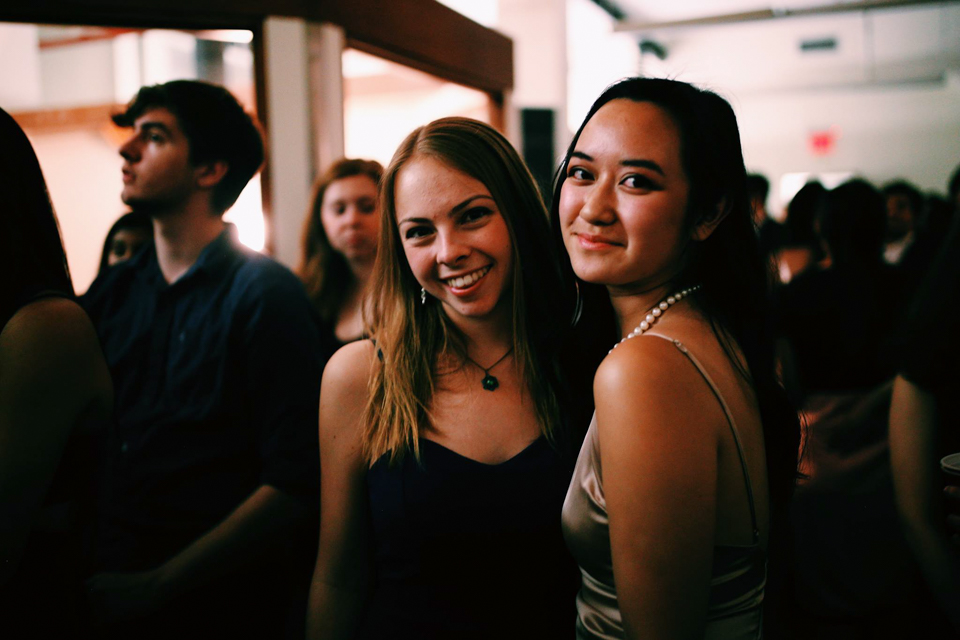 My first vivid memory of the Columbia Daily Spectator is sitting on a dingy red couch, whose journey through life I never want to know the details of, with my best friend Hannah. We sat there while the current editorial page editor and op-ed deputy went off on a rant about how much they hated Columbia and how much Spec was taking over their lives to the detriment of their friendships, relationships, and at times, sanity. And I remember thinking: “Everyone hates it here. What have I done?”

Fast forward to four years later. I have been through a number of different roles at Spectator. I have been an opinion associate, who was completely incompetent at recruiting op-eds and to this day has only ever recruited one. I have been columns deputy, a job that came with a lot of laughter and some tears, but the job I loved most in college. And I have been a columnist, after which I can only apologize to my former columnists for being so hard on them—except not really, because it was good for me, so it was probably good for them too. Maybe they’ll see that in another 10 years and forgive me.

And what amazes me every time I look back is the fact that all the way through this process, every Turkeyshoots, I would tell myself that this was it. That I wasn’t going to take on any more responsibility. That I was going to stay an associate editor forever. By which I meant deputy. By which I meant that when I quit Spec to take an internship downtown, I was done with Spec. By which I meant that I would just be a columnist, but not do a senior column, because that would be self-indulgent. And, well, here we are.

I never expected to love Spectator as much as I did. Despite my best attempts to keep this place at an arm's length, somehow walking in to that office on 111th and Broadway—and later, begrudgingly, 120th and Claremont—always felt like walking home. And yes, there were definitely times when I wanted to walk straight out of Spectator’s office and never come back. But even that one time that I did storm out and had to take a walk around the block to cool off, I couldn’t help it. I came back.

Second semester of senior year has been scary for a lot of reasons, but one of the biggest for me is that I haven’t been involved at all with Spectator for the first time in four years. I’m not writing, I’m not editing, and I have not once stepped foot in the office. And that’s not because I can’t; it’s because my associates have become deputies and EPEs, and it is time for me to step back and say goodbye.

I have learned a lot of things at Spectator: How to manage people, how to have my best friend as my boss, how to keep to a work schedule even more compulsive than the one I create for myself, how to fight for my authors and my pieces, when to admit defeat and defer to higher authority (who okay, fine, was right in the first place), and the many, many meanings of the party parrot. And all of those skills have been incredibly valuable in the workplace.

But I won’t remember Spec for those things. I will remember Spec for the late nights in the office running production, for the 3 a.m. phone calls from columnists about our style guide requiring them to use the Oxford comma, for the pre-columns meeting get-togethers, for the columnist meetings that ran an hour over because of passionate #discourse, for the Spec Dinners and CDSAADs—in short, for the people who made me love this institution that became my home. It’s cool to walk around saying “Fuck Spec.” I know that. I do that, because, well, see previous comment about 3 a.m. phone calls. There was a time when I would look at Spec and say: “There’s no way I will let this organization take over my life.” I didn’t think I could ever dedicate myself that wholeheartedly to anything other than my school work, and later my real world adult job.

And I will forever be thankful to the people who pushed me, kept me coming back, for proving me wrong.

Hannah: For coming with me to the Spec Open House (or did I go with you?) and sticking it out at Spec for the past four years, always toning down my angry texts and emails, always pushing me to be a better writer and editor, and being my (literal!) day one at this school.

Catherine: For being the other girl who didn’t quit Opinion after the first week, and inspiring me through your unequaled passion for campus discourse, and for many, many office gossip sessions, Ferris pasta dates, 1020 nights, and also you just generally dealing with me on a daily basis <3. I’m so incredibly lucky Spec brought us together, and I can’t wait to be roommates with you next year!!!

Paulina and Mike: For showing me what Opinion was and what it meant to be a part of Spec, through all the ups and downs, and for teaching me that when you believe in a piece and its potential, you never go down without a fight. The office has never been the same without you guys!

Laura and Charlotte: Look how far we’ve all come! You were my columnists, then my associates, and then my bosses! Every columns meeting with you guys was such a joy. Laura: We made it to graduation! Your columns this semester have been so on point, and I’m so proud of you for writing them. Charlotte, you’re an inspiration to baby Spec Sarah for taking on projects, not responsibilities in Spec. But everything you do you always give your all, and it never ceases to be wonderful. I’ll miss you both next year!

Johnathan, Luciana, Jarett, Phil, Karim, Ben S., Joelle, Rekha, Maya, Alex & Shreyas, Sanjay, Monica, Aaron, AJ, Eden, Teo, Charlotte, Greg, Alexa, Meghan, Ben: Last but not least, to my beautiful columnists, my box of kittens, whom I well-intentionedly drove crazy, and who sometimes drove me crazy, but whom I hold only the fondest of memories of. From poems to lofty discourse to starting campus controversies, you guys always kept me on my toes. It was a privilege to read your words and be let in on your creative process, and I will forever love you and the time we spent together.

Sarah Fornshell is a senior at Columbia College majoring in English. She did not expect to get this sentimental while writing her column and is definitely not tearing up as she reminisces about her time at Spec. She would also like to remind everyone to read the bylines of columnists, because bylines are fun and should be given more attention. She is a former deputy editorial page editor for columns, author of I Do Indeed Give A F*** About The Oxford Comma, and a member of Alpha Chi Omega sorority.