How to lose friends and influence people

How to lose friends and influence people 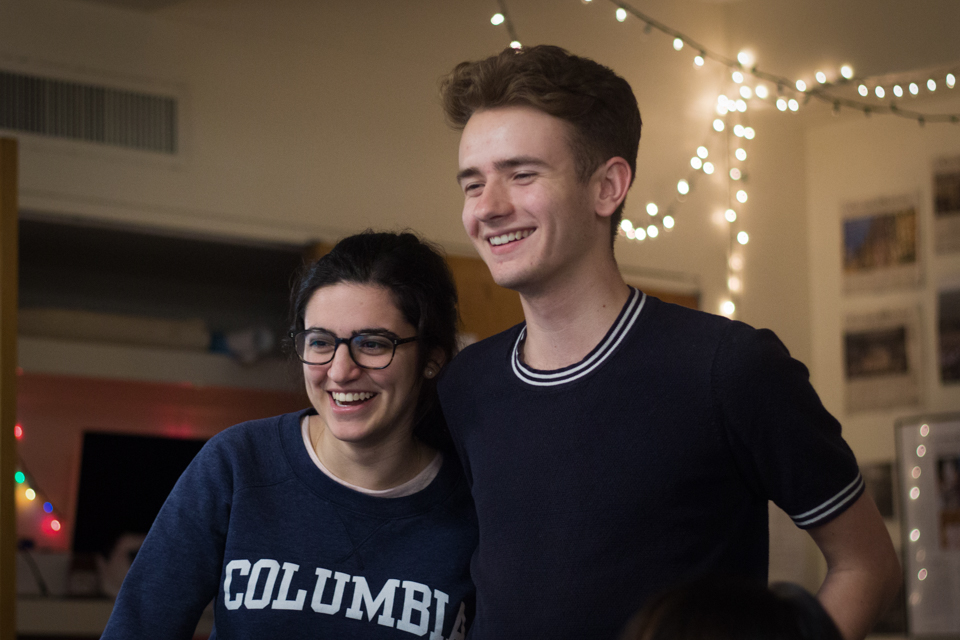 If everybody likes you, you probably aren’t doing good journalism.

It’s a lesson you learn early as a student reporter, when you receive your first outraged Facebook message from a source or strongly worded email from a University spokesperson. Student journalism is emotionally exhausting by nature: Your work is a matter of public interest and therefore always a target of criticism; it’s easy to slip up, and the stakes are high. When you’re covering a dispute of conflicting interests (e.g., students vs. administrators) the story you write will never directly align with either side’s narrative—nor should it.

At Columbia, this is compounded by an antipathy toward reporters that is alive and well on campus. There’s one thing that stodgy administrators, militant campus activists, and Machiavellian student council members have in common: a disdain for facts that they don’t like.

I don’t think this disdain stems from insidious motives, but rather from basic realities of human psychology: We’re wired to believe facts that confirm our preexisting outlook, and this confirmation bias makes us averse to reports that challenge our belief systems.

So it’s easy to understand how journalists, with their pesky habit of unearthing information and their failure to pledge fealty to particular ideologies, tend to piss people off. Journalism requires approaching subjects with compassion, but the relationship between reporters and their sources is also necessarily adversarial, at least on some level: No claim should go unvetted, no narrative accepted without scrutiny.

As a first-year Spec reporter, I learned this lesson almost immediately. The average Columbia student’s opinion toward campus media typically wavers between indifference and loathing, especially among groups that are frequent topics of coverage, like activists and student council members.

One of my first reporting assignments as a new Speccie involved approaching random students in Lerner to ask about their thoughts on changes to the student package center (yes, journalism is just as glamorous and sexy as it sounds). As I introduced myself to students and explained my task, I was disarmed by the number of cold responses. While plenty of students were friendly and willing to chat, and some declined politely, several cut me off with a curt “no.” One girl tugged her friend away mid-interview, saying “We don’t talk to them.”

With hardly any knowledge of Spec’s own history or the dynamics of Columbia’s campus, I quickly learned that donning the mantle of “Spec reporter” made me something different than a peer in these students’ eyes—I was at best a mild annoyance, at worst something more threatening.

My Spec career, like that of many Speccies before me, is dotted with tense anecdotes like this one. At a protest on Low Steps my first year—months before Trump perfected this move—an activist speaking through a bullhorn singled out Spec reporters in attendance and told us to leave (we didn’t). During my time as news editor, a disgruntled student accused me of sending articles to administrators for approval before publishing them (I hadn’t). In one high-pressure interview shortly after I became managing editor, a senior administrator told me Spectator’s critical coverage of Columbia’s mental health resources was itself a cause of the worsening mental health on campus (it wasn’t, and isn’t).

To be a reporter is to move through life as an optimist masquerading as a pessimist. The work rewards an innate skepticism and demands a flinty indifference toward detractors; the sneering eye roll and snarky aside become the lingua franca of journalists. This jaded attitude is a result of experience, but it’s also a shield we willfully employ as a form of emotional self-defense.

But unlike professional journalists, student reporters eat, sleep, and spend our days with the people we write about. While this inherently adversarial dynamic at times puts us at odds with administrators and fellow students alike, it’s crucial that we embrace our roles as active members of Columbia’s community, rather than cloistered outsiders criticizing from a distance.

This unique proximity to sources also lends urgency to student journalism: Uncovering the truth, asking new questions, and holding those in power accountable for their impact on students’ lives are all directly tied to the well-being of our peers.

In this sense, journalism is an exercise in unflinching stoicism in the face of adversity, but it also necessitates radical empathy. My time as a Spec reporter forced me to break out of my social bubble and speak to countless people whom I wouldn’t have gotten to know otherwise. My sources over the years have inspired me with their dedication and fiery advocacy, and have driven me to do my best as a journalist in order to earn and maintain their trust.

More fundamentally, if I hadn’t spent these years as a reporter and editor at Spectator, I wouldn’t be the person I am today, nor would I have found my place in the Columbia community.

Spec itself is far from perfect, and it’s important to note that some of the animus toward Spec stems from actual mistakes made by our reporters and editors. As students, we aren’t infallible, and we slip up—names get misspelled, facts are forgotten, stories are missed. Institutionally, Spectator has its share of ills: It still struggles with a lack of diversity and with establishing a workplace culture that prioritizes staffers’ mental health. Spec’s new leaders are striving to make the publication better, but as an organization run entirely by undergrads, it will never be flawless.

Nevertheless, robust student journalism isn’t a given—just like journalism on a global scale, it faces constant logistical and ideological threats and must be upheld from within. Many on Columbia’s campus would be happier with Spectator gone, but without an independent institution devoted to unflinching journalism, Columbia would suffer.

Now, to thank everyone who helped me get through it:

JJ: When we were just two clueless first-years walking from Carman to a Spec news party together nearly four years ago, I had no idea I was getting to know the person I would most rely on and grow from throughout my time at Spec. We went from co-bylining stories to coediting the news section and ultimately sitting on CB together. Your confidence and drive inspired me to give my all, and our mutual ability to read one another’s neuroses and stabilize each other was a steadying force for my mental health from year to year. I couldn’t have asked for a better partner at every step of the way.

Catie: You have single-handedly shaped the trajectory of my time at Spec (and, therefore, my time at Columbia) more than anyone else, and I couldn’t be more grateful. Your whip-smart reporting instincts taught me to believe in the power of good journalism, and, as corny as it sounds, your dedication as a mentor taught me to believe in myself. Spectator was lucky to have you, and I feel incredibly lucky to have become your friend.

Rahil: From the moment you joined staff as one of my trainees on the student life beat, I knew you would be a part of the future of Spectator (or maybe I realized that when you went all-out with a bear onesie at the office Halloween party). Your thoughtfulness, dedication, and compassion made you an outstanding reporter, and your ability as a leader to build community on staff has enriched my time at Spectator and the experience of so many others. Your humor lights up any room, and I’m constantly inspired by your willingness to stick to your convictions during hard judgment calls. Keep making Spec and Columbia a better place.

Katherine: I didn’t get to know you very well until my final year on staff, but I’m incredibly grateful that you came in as a second-year transfer student and consistently impressed the hell out of everyone at Spectator from that point onward. You widened my perspective both as a journalist and as a person, and you have inspired me immensely as a compassionate and driven editor in chief. I can’t wait to see what else you accomplish.

Michael, Caroline, Sam, Clara, and every past editor who helped shape my Spec experience: Thank you for hours of guidance and support, for teaching me the beauty of bagels o’clock, and for forgiving and covering for my mistakes over the years. I learned more from all of you during the short time that we overlapped than I ever did from my classes, and I can’t thank you enough.

Anna, Adam, Jane, Sophi, Priscilla, Amber, Gemma: Thank you for putting up with my Spec-induced mania over the past four years, for helping me see the bigger picture, and for your invaluable friendship. You weren’t successful at convincing me to quit Spec (despite repeated attempts), but you did your best to help keep me sane, and I wouldn’t be the person I am today without you. I’m so proud to be your friend.

To the rising generation of reporters and editors at Spec: Your enthusiasm and intelligence have been a constant inspiration to me. Those of you whom I was lucky enough to work with over the past two years have blown me away with your dedication to storytelling, your zero tolerance for bullshit in all its forms, and your hip, Gen Z slang that always kept me on my toes. The future of student journalism at Columbia is bright. Keep giving 'em hell.

Aaron Holmes is a Columbia College senior majoring in English. He joined Spectator in 2015 as a news staff writer and served as Spectator’s 141st co-news editor and 142nd managing editor.