They don’t really care about us

They don’t really care about us 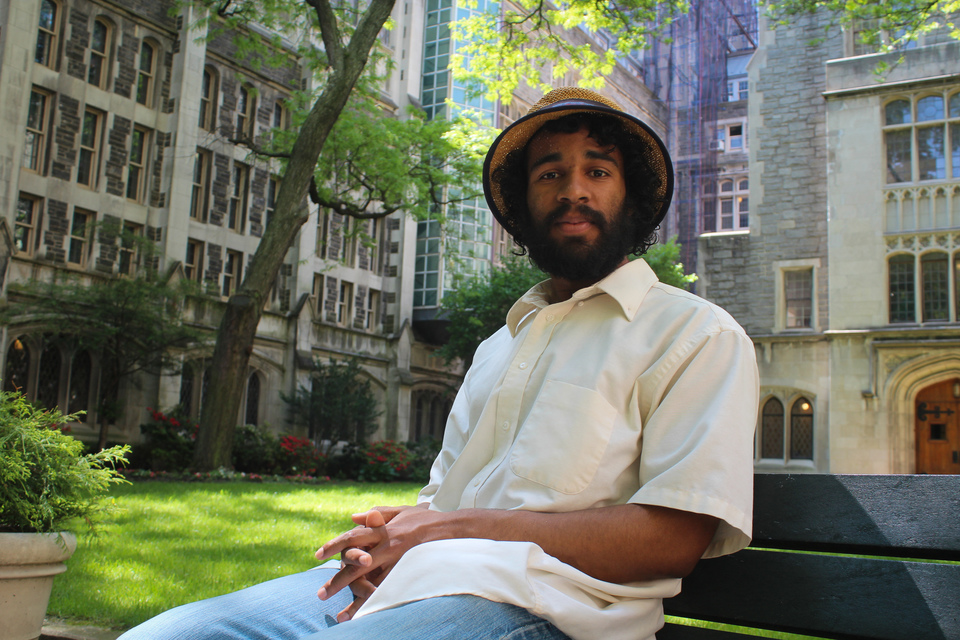 In the summer before I started at Columbia, people kept telling me about how I would find myself in college. When I arrived at Spectator, however, I instead found that myself wasn’t there. I was the only Black person in my section, and I was one of the only people at that time who had dedicated themselves to writing about the Harlem community around Columbia, a place which reminded me so much of my own neighborhood in Los Angeles.

Later on, I found out that there had once been more people like me at Spectator, an entire section in fact, but my beginnings at Spec were underscored by the sound of city news’ dying note as the section was phased out of existence. Spectator had decided that reporting on people like me living in communities like mine was no longer a priority. My story, the stories of Black people living in a Black neighborhood, was seen, in the opinion of some Spectator staff, as unprofitable. Spectator concluded that people would rather read about University professors or the undergraduate romantic relationship policy than read about us.

Because I could not find myself in Spectator, I decided to introduce myself to it instead. However, the more I researched and wrote stories critical of the Columbia-Harlem relationship, the more I came to realize that there are not just nominal similarities between Columbia University and Spectator. In my articles, I would call out Columbia for behavior that I felt exhibited a violent and unethical disregard for the non-CUID communities around us, and in time, I found that Spectator was doing almost the exact same thing.

Columbia had displaced local residents from Morningside Heights and Manhattanville to make room for student dorms and a new campus complex. Spectator had displaced city news to make more room for campus news. Columbia creates a bubble on its campus, and Spectator participates in its blowing by ignoring everything outside of the campus’ gates.

The Columbia Daily Spectator advertises itself as “The Daily Newspaper of Morningside Heights & Columbia University” while the University calls itself Columbia University in the City of New York, but the reality that I have found during my time at both places is that, in spite of their long names, each only cares about Columbia. I, however, am connected to both Columbia and the local community. Although I may live off of 114th and Broadway, one will find me at the intersection of campus news and city news.

Being in a Spectator that reached out only to Columbia, I felt that, if I could find anything of myself in Spectator, it was only a small fraction of who I was. As I continued to write for this publication, I began to feel that, in the same way that it seemed that my value to the University administration was as another number in Columbia’s diversity statistics, I too was tokenized at Spectator. I was the Black kid from the Black neighborhood in Los Angeles writing about the Black kids at Columbia and our Black neighbors here in Harlem.

As I worked to introduce myself to Spectator and to reintroduce the city into our coverage, new people joined staff, and I like to think that some of them have found a part of themselves in me and my writing. Although city news remains confined in its dusty grave in the archives and annals of Spectator’s long history, The Eye, my section, has, since I joined, formed a new Community Zone, dedicated to writing long-form stories about the Columbia experiences of those who don’t have CUIDs.

It eases my soul to see that, now when more people like myself come to Spectator, the Community Zone is, at least one place, where they may find some of who they are and some of where they come from, wherever that may be.

It troubles me though to know that, even in this oasis of writers interested in things other than our campus, Spectator continues to uphold the anti-community connotations it carries in the Columbia part of its name. Controls on community coverage with standards that imply that Community Zone stories may only take place within Manhattan Community District 9, as if Columbia’s relationship to Harlem begins and ends at the eastern boundary of Morningside Park, or the requirement that all community stories must relate back to Columbia show that, at the end of all this, at the end of my time as staff writer and associate features editor, at the end of two leads, 10 features, and two personal essays, Spectator has heard me.

It has seen me. It has met me, but it does not know me, and it doesn’t seem to be interested in becoming better acquainted.