A case against dry shampoo and social comparison

A case against dry shampoo and social comparison 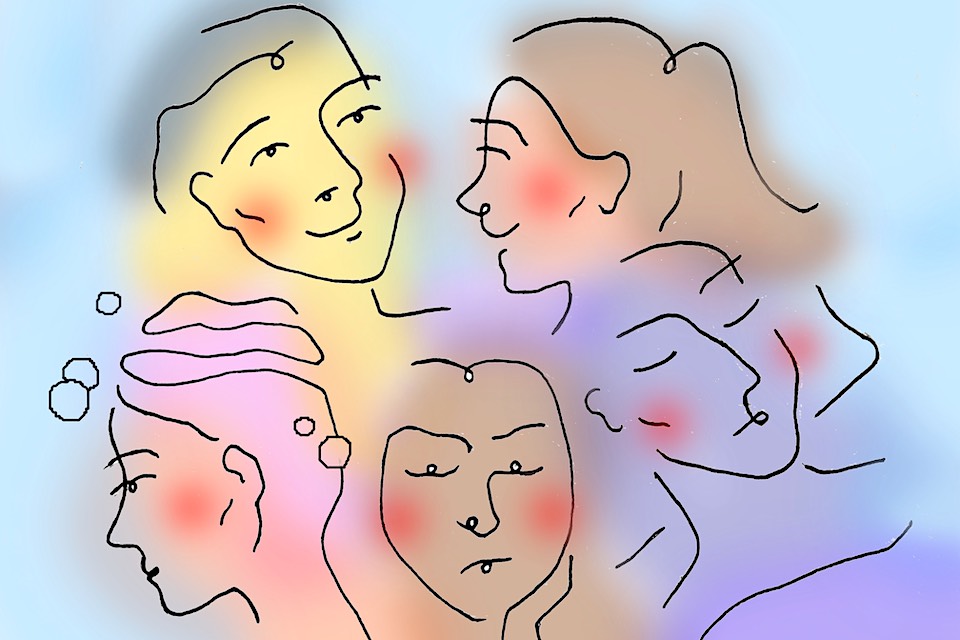 As an incoming first-year, I remember spending countless hours caught up in my first-ever existential crisis. By no means are the following classified as rules, but they are rather suggestions that could have potentially spared me the headache.

Wash your hair. It will never stop feeling like a chore, but wash your hair daily. Dry shampoo is a scam, and to all the die-hard dry shampoo folks I’ve angered: No, it isn’t a regular shampoo replacement. Yes, you should still own regular shampoo. And FFS, spare your roommate the embarrassment of telling you.

Every now and then, appreciate the cold side of your pillow. However, perpetually laying in bed with no foreseeable plan to relocate is nothing more than lazy. Get up and go to the lectures you absolutely hate, even if it’s for the sole purpose of learning to appreciate the ones that you love.

Allow yourself to be homesick. In fact, allow yourself to feel any emotion—whether sadness or anger—for a minute, or two, or 10. Beyond 10 minutes, it’s no longer an impulsive emotion to be felt but a strain on no one other than yourself. It’s not poetic to be sad. Go for a walk. Feel the sunshine (exclusively applicable to September and the final weeks of April). Anger is natural, but the world is not working against you. When your roommate is angry about the bath mat that has not been washed in two months, ask about their day. Then throw out the bath mat that cannot be salvaged. Realize that no one is there to stumble, and equally, no one is there to carry you further.

Before you walk to JJ’s at 2:21 a.m. on a Tuesday, ask yourself: Am I tired? Am I bored? And finally, am I hungry? If the answer to either of the first two questions is yes, don’t do it. Only hunger merits a snack.

It is acceptable to decide you hate your major. Yes, it might serve as a speed bump in that 10-year plan you created your senior year of high school, but to that I say scrap the plan entirely. Use your first year to ask yourself: Do I genuinely like physics, or do I like the idea of liking physics? Stick to your major only if you’re puzzled as to why you still love it even when any sane person would hate it.

More importantly, ask yourself: What is it that motivates me?

If it’s money, then so be it. Acknowledge that. You’re not unique. Own up to the fact that you identify as a Finance Bro. Embrace the 10-week internships, nine of which will be spent moving logos in PowerPoint. Rejoice at the “pls fix” email you will receive at 11 p.m. on a Friday night sent from the managing director’s BlackBerry, “the most secure mobile device.”

If following your passion is more important, then so be it. That doesn’t mean you’re better than a Finance Bro, it just means that you value different things. Become a writer, become a psychologist, become a blogger. Become an astronaut for all I care, but whatever you do, don’t become a social media influencer. Influencers and dry shampoo are two of the three wrongs you can commit.

Stop being concerned with other people. It is so much easier said than done, but the only person you should continuously compete with is yourself. Just as you wouldn’t give a crap about someone else’s marathon time while training for your own, do not fall into the trap of illogically comparing yourself to others.

The author is a rising junior studying applied mathematics and economics. The only piece of advice she was offered upon arrival at Columbia was “Be yourself.” For similar and equally useless advice, feel free to email her at lna2116@columbia.edu.