The lessons Toni Morrison has taught us

The lessons Toni Morrison has taught us 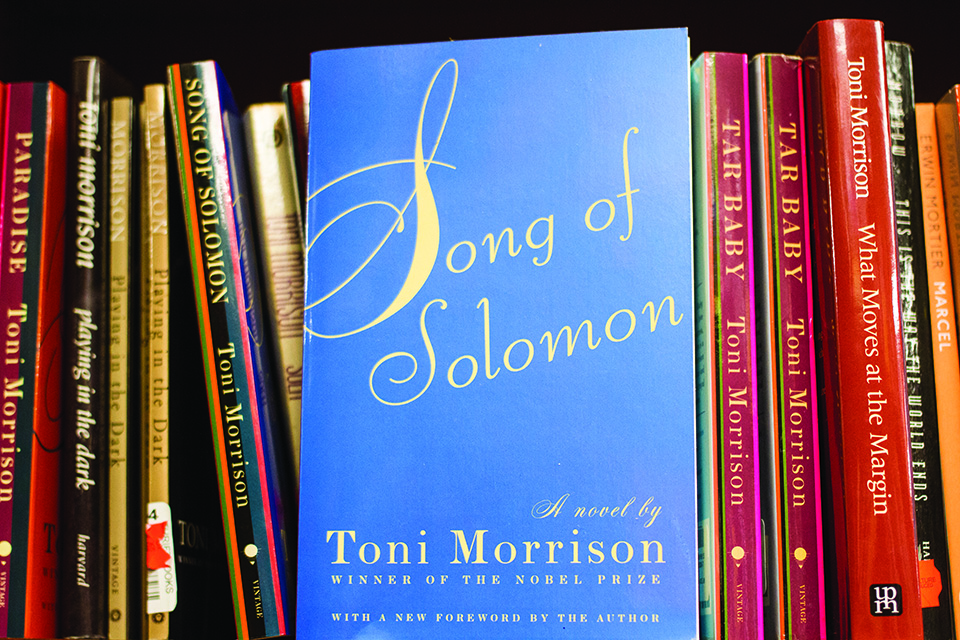 I first read Toni Morrison because Song of Solomon is my Auntie Dawn’s favorite book. Auntie Dawn has always been a beloved constant in my life: When I learned to walk, the two places I always tried to toddle off to were the fish and chip shop up the road and her house two streets down. So of course, when she mentioned the novel, I had to read it. Around the age of 17, I stumbled across a copy in the library and borrowed it.

Before Morrison, I was used to reading Black texts for the refreshing air of recognition and representation. I shared the tar-black skin and full plum lips of Shug Avery in The Color Purple; my conscience was pulled and provoked by Bigger’s struggle with institutional racism in Native Son; I descended into the warmth of childhood and Stamps, Arkansas when I read I Know Why the Caged Bird Sings. But Morrison, well, Morrison was slippery—meticulous yet effortless prose carried characters, plots, and timelines that squirmed out of convention. As soon as I thought I understood a character’s trajectory, they were sucking on their dead father’s fingers. (If you know, you know.) And yet I was immersed. After reading First Corinthians’ outburst at Milkman I had to pause, put the book down, collect myself, and devour it again.

When I finished the novel the first time, I knew I had read something magnificent, having grasped the main themes and fallen in love with Morrison’s lyricism, but I also had no idea what to make of it. The disturbing meaning behind Milkman’s name? A decades-old corpse? A group of rapist, murdering vigilantes out for racial retribution? And Pilate. What was I to make of Pilate? I decided that I didn’t have enough life experience yet to fully comprehend Morrison, so I would return to the novel in several years. Then I tried to read Beloved. I didn’t even make it halfway.

But I encountered Song of Solomon and Toni Morrison sooner than expected in Literature Humanities. The two years made a difference, although I still haven’t fully wrapped my head around the novel. I’ve only just begun to understand the ending with the stunning final line, “For now he [Milkman] knew what Shalimar knew: If you surrendered to the air, you could ride it.” But upon reading the novel a second time, it became beautifully apparent that Morrison understood Blackness as uncontainable, spilling outside of preconceived notions and boundaries, and she dared us to use our imaginations to think of it in the same way.

There’s enough writing about how remarkable Morrison’s work is, so instead, I’ll talk about why she is not only my favorite writer but one of my favorite people of all time. Morrison holds a special place in my heart because she was a Black female literary giant who was absolutely uncompromising. She never sacrificed the complexity of her work, never succumbed to the white gaze, and certainly never suffered any fools. She basked in her greatness as if it were sunshine. There’s a clip from a BBC documentary about Morrison’s life where an interviewer reads her an extract of The Bluest Eye. Morrison recalls reading the first page of Beloved, as she signed it for a fan. With an earnest smile, she says, “I said to him, ... ‘It’s really good.’ Now when you’ve been reading the passages from The Bluest Eye, I’m thinking the same thing.”

Morrison wasted no energy on minimizing herself. She constantly demanded and took up space, an example that Black students can use to anchor themselves on this campus. In fact, Morrison even provided space for others. Before becoming a published author, Morrison was an editor at Random House and saw it as a personal duty to document the civil rights movement and give a platform to Black writers and pioneers such as Angela Davis, Huey P. Newton, and Chinua Achebe. She even took extra teaching jobs to supplement her pay because she believed so fervently in the work she was doing. Speaking of teaching, Morrison taught swathes of students English literature, including a young Stokely Carmichael at Howard University. You may have not read any of her books, but Morrison has helped shape how you think of the African diaspora. She demonstrates that working covertly and tirelessly to uplift the voices of others is just as important as being front and center.

As I look up to Morrison, I’m devastated that we have lost the greatest living writer in the English language, but mostly I am thankful that I’ve shared this earth with her. How often do our lives overlap with one of the best literary minds to craft words on a page? We can mourn Toni Morrison, but we can never truly miss her. She left behind 88 years of a life well-lived, pages upon pages of groundbreaking stories, and a legacy to learn from and walk in. In fact, we can surrender to it, and ride it.

Liberty Martin, CC ’21, is majoring in comparative literature with a concentration in Latin American and Caribbean studies. Fun fact: She grew her dreadlocks because she was inspired by Toni Morrison. She looks forward to seeing how Morrison inspires the next generation of Black women writers.