No pork on my fork

No pork on my fork 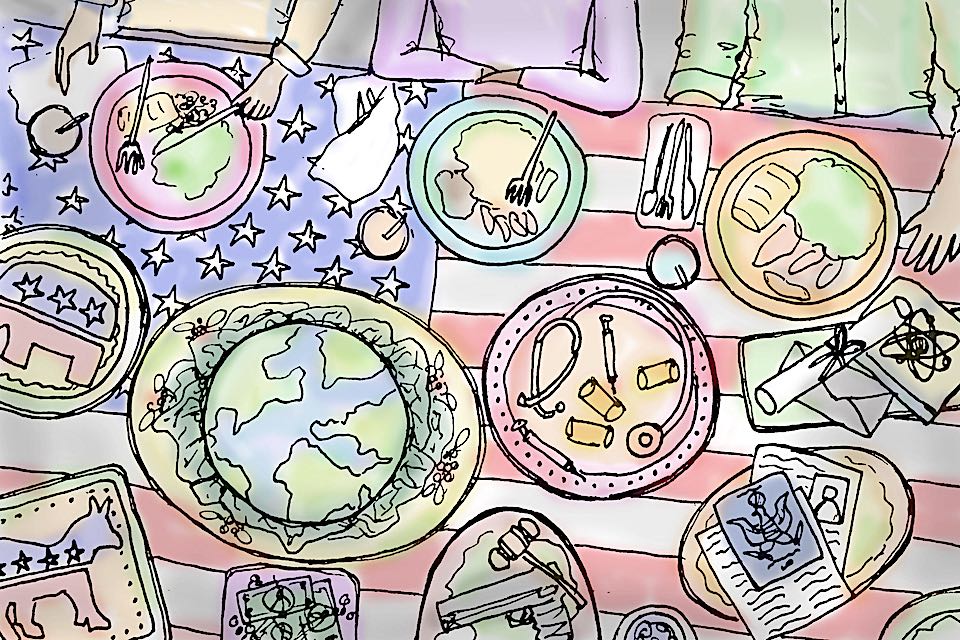 Back in my self-proclaimed pantomath days—also known as high school—I placed myself into the AP Capstone program, which consisted of two full-year courses: Seminar and Research. I’m sure you’ve heard very little, if anything, about these courses, because I am almost certain that they are an American Community School myth, meaning they exclusively existed at my high school in Jordan. The second of the two courses was taught by a man either passionately loved or disliked by students, but nonetheless, never ignored.

Among this teacher’s infamous claims was one oddly directed to me. In a class discussion on faith, I used a religious argument to support one of my statements. It was then that he jumped at the opportunity to state, “You’re a buffet Muslim. You indulge in what you want—more importantly, you neglect what you don't.”

This stuck with me for a long time. I find that if you say something to yourself repeatedly for long enough, you ultimately begin to see it as a truth. And while I was initially insulted by his comment, I failed to come up with a single example to refute his argument. And so I slowly began to see it as fact: I am a buffet Muslim. And this buffetism has only intensified upon arriving at Columbia.

Before proceeding, it is vital for me—not a religious scholar, and not remotely as knowledgeable as I should be on Islamic studies—to define the word haram. Simply put, it is the antonym of halal. No, halal does not exclusively refer to the food cart on 116th and Amsterdam or to the food line at John Jay that is often either ignored by everyone or used by the wrong individuals. In actuality, halal relates to a way of life in which one follows the guidelines set by the teachings of the Prophet. Unsurprisingly, some activities, like fornication, are not halal. Tattoos fall under the same general umbrella. I believe this is the correct time to announce that my two years at Columbia have driven me to get not one, but two, tattoos.

Bars are yet another example of haram. Bars are where alcohol is found, and alcohol is frowned upon as it leads to a state of drunkenness. Interestingly enough, the Arabic word for drunkenness does not only mean to drink in excess but also to partake in any activity in excess. By that notion, excess of anything is haram. This applies to love, to studying, even to faith itself. And in every one of my weekly trips to Mel’s, I knowingly participate in this wrongdoing. Actually, Mel’s in and of itself is the epitome of haram. Feel free to use Mel’s as the benchmark definition.

On the other hand, I sometimes act in ways that have earned me the label of the “religious friend” within my circle of friends. Needless to say, this came as a surprise to me, as I went from being seen as not religious enough at home to being the most religious of my friends at Columbia. Here, it stands out that I never deliberately eat pork as it is not kosher and therefore forbidden. (Please don’t ask me why the pork narrative is the one that hit home for me.) I also refuse to begin an exam before writing “Bismillah” (a word you might recognize from Bohemian Rhapsody) at the top of the page. And for these reasons, and many more like them, I recognized that I was selective in my practice of Islam and dismissed myself for being a buffetist.

But I’ve always disliked buffets. The food is stale. It also has a distinct smell, similar to that of airplane food. If there’s an all-you-can-eat buffet, the experience is even worse, because there will be at least one person who treats it as a race. But that wasn’t the issue.

I vividly remember sitting in the Carman lounge during my first semester at Columbia, when one of the six boys there realized that I am Middle Eastern. This situation somehow spiraled into a poll of how many of the six boys present knew an Arab, and more specifically, a Muslim. “I think I know a Mohammad,” said one. “I used to know an Omar in high school,” said another. As I slowly realized that I was the first Muslim any of these boys had ever met, I wasn’t sure when would be the correct time to announce it. All I could think was “Wow, I am these boys’ first Muslim.” I ultimately shied away from introducing myself as one altogether.

What my high school teacher, these boys, and even I had in common was a misunderstanding of what it meant to be a Muslim. Perhaps that misunderstanding arose from the belief that a Muslim should look a certain way or check off certain boxes—the headscarf, teetotalism, abstinence. But if I could somehow go back in time, I would return to that moment and inform those boys that—to their delight—everyone in that room had met a Muslim. Ta-da! It’s me. I’m the Muslim.

In defining this buffetism, my teacher accused me of neglecting what I don’t like about Islam. I would qualify that by stating that I do not neglect it—I acknowledge it, and actively choose not to partake in it. As such, I am convinced that eating pork is not my forte. I am convinced of the importance of being kind and tolerant, two important traits Muslims are supposed to uphold. And most importantly, I am content with myself.

If I do not fit the profile, I am not any less à la carte. Perhaps there shouldn’t be a profile to fit in the first place.

The author is a junior studying applied mathematics and economics, but clearly prefers to spend her time writing over learning either. To discuss your former AP Research topic, mutual hatred for buffets, or the outrageous prices of New York City tattoos, feel free to contact her at lna2116@columbia.edu. Here’s the Shai runs alternate Mondays.