Anti-Semitism and free speech: 4 points in response to the Malaysian prime minister

Anti-Semitism and free speech: 4 points in response to the Malaysian prime minister 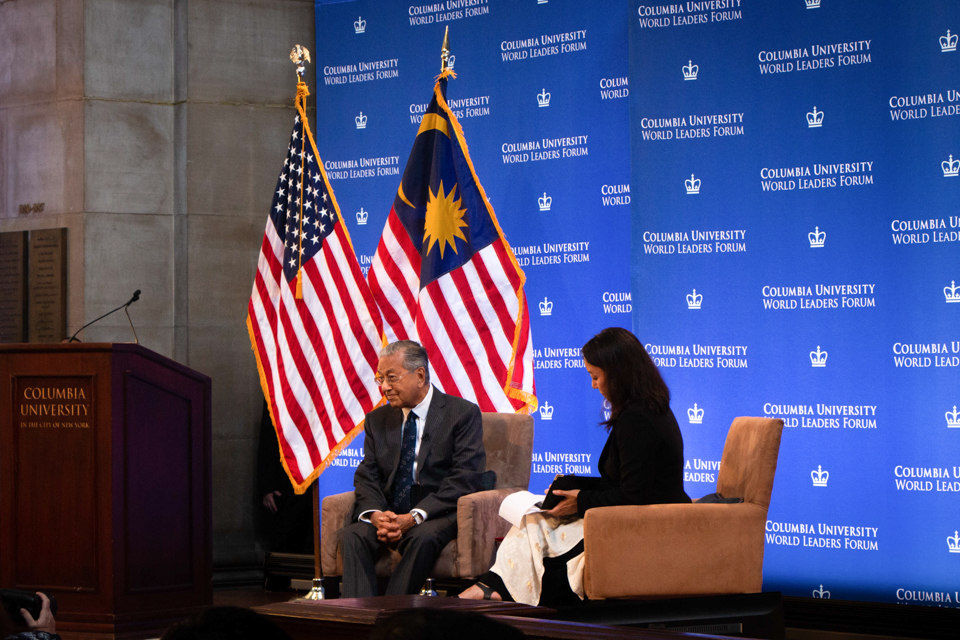 When Malaysia’s Prime Minister Mahathir Mohamad responded to a student’s question about his anti-Semitic comments during his World Leaders Forum appearance yesterday, he said that he was exercising his right to free speech. He then asked, “Why is it that I can’t say something against the Jews when a lot of people say nasty things about me, about Malaysia, and I didn’t protest, I didn’t demonstrate? We have to be willing to listen to views that are not in our favor because of free speech.” Shortly after, he said, “I think I’ve said enough.”

But there is actually much more to say. Here are four turns this conversation might take next.

First, there is a difference between a government leader’s speech and the speech of others. Most obviously, government officials represent a nation, not only themselves. This gives them an outsized and sustained platform to encourage—or challenge—anti-Semitism, racism, or any vision of a society that recognizes the dignity and worth of all.

Second, a government leader’s speech is often understood by others as a call for action. While the speech is still protected by free speech principles, it is essential to recognize that government leaders have an extra-loud amplifier in the marketplace of ideas. As history shows us, this can be a force for good, or it can produce great harm.

Third, mocking Jews as “hook-nosed people,” repeating tropes about Jews running the world, and diminishing the devastation of Jewish communities in the Holocaust does cause real harm. Nearby and around the world, we can see anti-Semitic rhetoric playing a part in violent attacks on Jewish individuals and communities, as it has for hundreds of years. To deny this would be to deny the power of speech—that it can, indeed, affect people’s views of others and influence the surrounding culture and society.

The next turn in the discussion might seem obvious—why not disallow the speech? This is a serious question and is worth a detour in the conversation to consider the nature of dangerous speech, the mission of universities, and the challenges of line-drawing.

If we want to allow some disagreeable or even offensive speech, we must find a way to draw lines between what should be permitted and what should not. Not surprisingly, this is a difficult task. On some issues, there won’t be agreement about whether the ideas being expressed are offensive. But even when there is consensus in a community that certain ideas are repugnant, members of that community—including those most directly affected—will almost always vary in their views about how to respond.

For some community members, not providing a forum for the expression of those ideas may be the best strategy for a safer world. Others will believe, with equal certainty, that safety comes in creating a forum where those views can be openly challenged. Partly because of this tension, American law restricts threatening speech only when the threats are specific and immediate. This isn’t always a satisfying distinction, as the difference between dehumanizing messages and personalized, imminent threats can feel thin, but many people find that it is still better than the alternative of handing over the decision-making about acceptable versus unacceptable speech to someone they might not agree with.

In our own community, it’s worth thinking, too, about the role of universities. Creating space for a world leader to share their views, even if some of those views are loathsome, and for listeners to respond to and challenge those views, is part of “understanding and confronting the world as it is, which is a central and utterly serious mission for any academic institution,” as President Bollinger has often said.

This returns us to the final and fundamental point in the discussion, which is that claims about free speech should signal the beginning, rather than the end, of a conversation. The prime minister’s statement that “we have to be willing to listen to views which are not in our favor” does not mean staying silent. The anti-Semitic statements of Prime Minister Mahathir are abhorrent, contrary to what we stand for as a University community, and deserve condemnation. President Bollinger recently affirmed this in his own comments on yesterday’s events.

Put simply, free speech and tolerance for anti-Semitic remarks do not go hand in hand. To the contrary, we have an obligation to recognize the harm these views can cause, to respond clearly, and to stand up for a vision of a just society.

The author is the executive vice president for University Life and the Herbert and Doris Wechsler clinical professor of law at Columbia Law School.