Big-sisterhood from a thousand miles away

Big-sisterhood from a thousand miles away 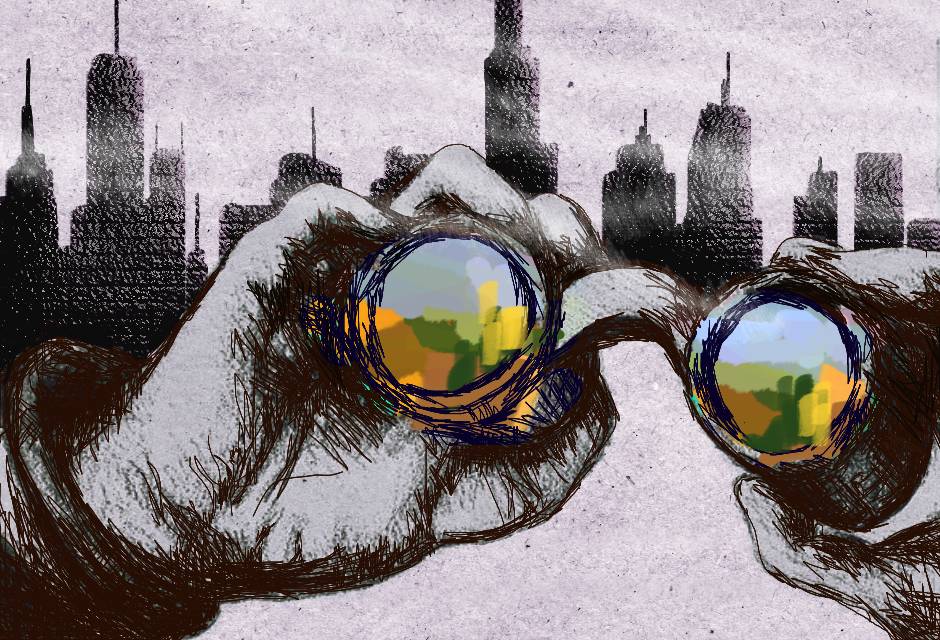 In a lot of ways, being the Midwestern golden child who left the humble fields of Daleville, Indiana to pursue the endless possibilities of the Big City feels like playing a part in a Broadway production: the cut-and-paste ingenue that’s thrust into the whirlwind of urban life and somehow manages to keep her footing. There are bragging rights in excess; it’s a quintessential Columbia student luxury to be trekking to the Met on Saturday, catching a matinee on Sunday, and topping it all off with a Brian Greene lecture bright and early Monday morning.

I’m exactly where I belong, as I’ve been told on numerous occasions by distant relatives who are tracking my progress through my mom’s Facebook updates. I ought to be able to throw myself into this part I was seemingly typecast to play. But it feels less like I’ve gotten a solo in the opening number and more like I’m the protagonist in a propaganda piece with a very particular audience. “Here’s What Can Happen if you Follow EXACTLY in Your Big Sister’s Footsteps!” Cue the cheery ’50s-commercial soundtrack.

Maybe it’s the pixelated charm of the buffering FaceTime camera, but the home that I hated seems somehow more romantic and real from 14 hours away. Hewitt’s pizza doesn’t hold a candle to the ambrosial feast that is the Yorktown Pizza King Monday Night Special, and the best of the busking 1 train musicians just can’t compare to watching my physics teacher bringing down the house with a banjo. I miss the most ridiculous things to miss—who needs overpriced pizza when I can get all the grease I want here for a dollar? And anyway, I can’t admit that there’s even a small part of me that wants to be home; that doesn’t fit into the propaganda script very neatly. So I do what any self-respecting oldest child would do: I square my shoulders, get another bubble tea, and tell my mom on her third call of the day that yes, I’ve done all my reading, I have time to talk. She tells me about all the drama back home, and I chew on tapioca half-thinking about how I’m going to wing it during my seminar. I guess you could call that successful adaptation.

But I’m not the only first-year in the household––like a neutron star, the college first-year inevitably draws away all the attention and leaves her highschooling little sister in high school to languish. In many ways, our lives are in parallel: We both struggle to master new geography, to learn a new language, and to endure agonizing STEM classes. The college transition is stereotyped to be the more difficult one, but it’s my sister that has a seven-class course load and spends her days locked in a single building with egregious interior design. And here I am, hopelessly unable to be there to help her cope with her misery, aside from imparting wisdom in the form of Twitter memes.

My job as an older sister is to be there to guide her the way. What was supposed to be a strive for success that could produce an admirable older sister instead became the creation of a dangerous standard of perfection. What she should feel is a noteworthy success, such as a B in math, is made to seem like a failure in the wake of an older sister that sacrificed literally everything else—her sleep, her friendships, and her sanity—to maintain the façade of effortless academic prowess. And frankly, I’d much rather my little sister not spend her four years of high school completely miserable for the sake of a grade. In reality, I haven’t used a geometric proof since my first year of high school, let alone since I’ve been at Columbia.

There are a lot of moments I miss home. It’s inevitable. Sometimes I miss the food. Sometimes the prices of said food. Sometimes I miss looking to the sky at night and seeing nothing but blinking planes where once I could practically reach out and touch the whole Milky Way galaxy. Nothing is as hard as having to watch my little sister grow up through the screen of my phone. Maybe that’s why I drop everything to answer those relentless calls––I know exactly how she feels. Even if it’s just a two-minute phone call while I make the trek from Teachers College to Hamilton Hall, at least I have the assurance that I’m still able to be her big sister all the way from Morningside Heights.

The author is a first-year in Columbia College planning on majoring in film studies and art history. When she’s not doing her Lit Hum readings last minute, you can find her holed up with a Jack Davenport period drama and a chai tea latte.