A litany for survival

A litany for survival 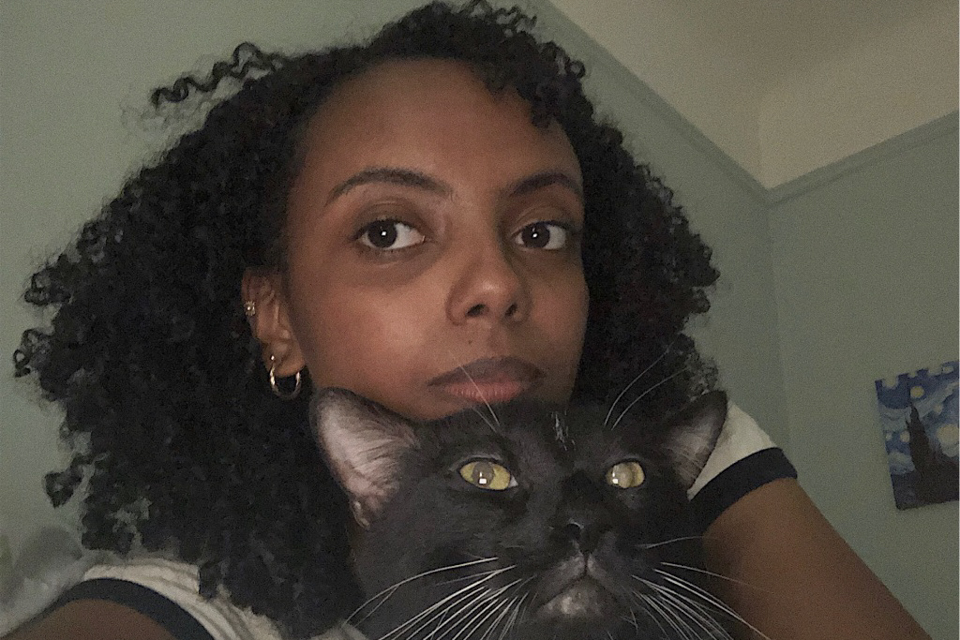 A couple days ago, as I was wrestling a dryer sheet from my cat’s mouth, I received a message from a Black prospective student. She was interested in applying to Columbia, but was concerned that she would face the same racism that she experienced at her predominantly white high school.

After reading her message, I climbed into bed paralyzed by an overwhelming sense of sorrow and broke out into tears. How could I tell this young girl that to be a Black woman at Columbia is to be subjugated to constant gaslighting? The sinister nature of misogynoir on this campus is that it is transmitted through a thin veneer of civility—making Black women question their sanity.

I wanted to tell her to delete her application—to preserve her sanity by simply not applying. How could I, as a University senator, relay that the suffering I have endured and witnessed on this campus that almost drove me to the brink of suicide?

In “The Souls of Black Folk,” W.E.B. Du Bois speaks of Black people’s “second-sight.” “Second-sight” allows us to have a clearer perspective on how mainstream white culture operates. White people are rendered metaphorically blind because they’ve never had to step into the “veil” that divides their existence from that of the people on the fringes of society. As I sit in University Senate and CCSC meetings, surrounded by white people and non-Black people of color who are oblivious to the plight of those on the periphery of society, I become hyperaware of this veil.

Columbia, as an institution, is hostile towards people from marginalized backgrounds pushing for radical change. As if it’s clockwork, whenever change is advocated for, a chorus of detractors reminds us of how much the University has already done for us and how what we’re asking for is impossible. What’s so controversial about asking a university with an 10.87 billion-dollar endowment for equitable access to food, health care, and housing?

Unfortunately, many of these detracting voices come from fellow student leaders.

During my time in student leadership, I have been constantly reminded that many people do not want me to be here. During my first year, I ran for student council and was told by people in my own party (before it disbanded) that people would never vote for a Black woman to be president. Last year, I maintain that my peers who I considered to be allies filed false violations to keep me from my senate seat. Despite my attempts to hold them accountable, they remain completely oblivious in their positions of power—a reminder that no matter how hard I work and how much I accomplish, my well-being and words hold no weight when the reputation and comfort of white men are at stake.

To many, the solution to this common occurrence is to place more students from marginalized backgrounds into leadership positions. The reality is that this often does more harm than good when it’s not paired with a restructuring of the nature of student leadership. We don’t want to be “integrated into a burning house.” For many students, leadership positions are unreachable due to their financial insecurity. For others, the lack of student government clubs at their poorly funded public schools left them devoid of campaigning experience. For those minority students who do end up in these leadership positions, the constant gaslighting and pushback from their peers and administrators chip away at their initial enthusiasm and render them disheartened—or worse.

This is how institutions keep marginalized voices out of the decision-making process. On top of having to attend meetings, drafting proposals, reaching out to student organizations, working up to 20 hours a week, and studying, we have to rebound from the emotional trauma that is inflicted upon us by white people and other people of color who are not used to encountering Black people as their equals. How exhausting.

Spending two years at this institution has caused me to be incredibly cynical, but I still have hope. Sometimes I am tempted to resign my leadership positions to preserve my sanity. Then, I receive messages from prospective Black women and students from low income backgrounds, and I am reminded of why I ran for these positions in the first place.

I’ve been fortunate enough to find a community of students and staff who have supported me thus far. I aspire to be a support system for other marginalized students.

For low-income Black women who decide to take up leadership positions: Please know that you have a community behind you. These systems were created to keep you silent. If it becomes too much to bear, it’s your right to prioritize your mental health. It’s not your job to save the world. Self-preservation is a radical act in a world committed to breaking you down.

Heven Haile is a junior in Columbia College majoring in American studies and is a University senator. She is an avid Rex Orange County stan and can be found playing with her cat Coffee and making Tik Toks when she should be doing her readings. If you are struggling or literally need anything please DM her on Facebook. Also please donate books to incarcerated women—bins are in Butler 307!