Girl with reusable metal straw absolved of all sin

Girl with reusable metal straw absolved of all sin 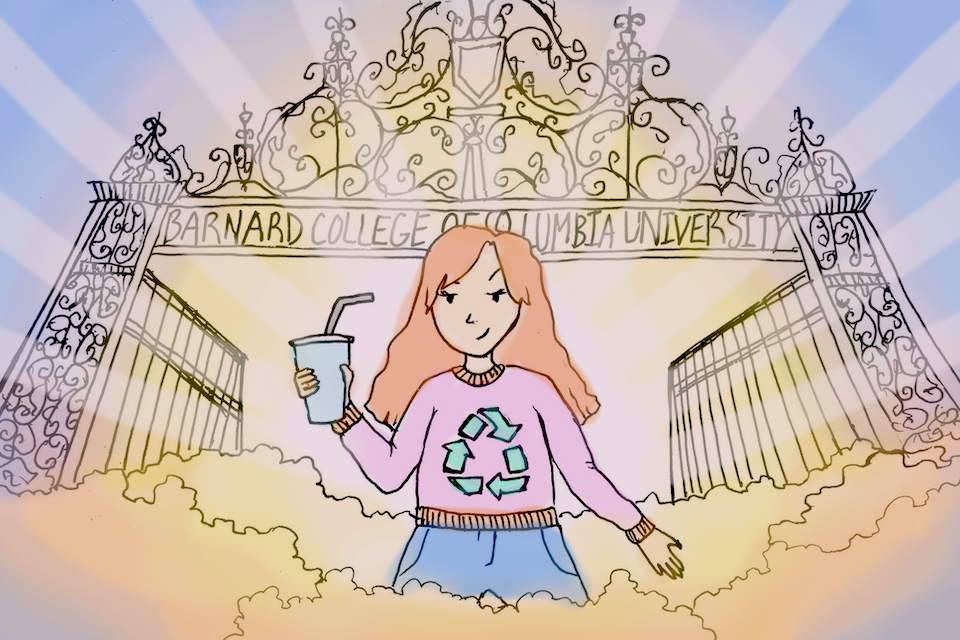 After purchasing a reusable metal straw and using it once in the Milstein Center for Teaching and Learning, Jessica Levy has been absolved of all sin—past, present, and future.

Although Jessica has never properly recycled, she does indeed identify as an activist and is considered a saint in the eyes of God.

“Jessica’s my girl,” said God. “She can do whatever she wants. She went to the EcoReps sale that one time, and now the straw? She’s fucking chilling.”

Everyone on campus seems to agree.

“Yeah, I would call her my hero,” said Jessica’s ex-boyfriend, Thomas, who has since forgiven her for having sex with someone else while they were dating and then breaking his TV.

“She used to bully me for composting, but that’s all in the past now,” said Jessica’s former roommate. “That day she put that reusable straw in a Peet’s disposable cup changed everything. I said, I’ll support that girl no matter what.”

Jessica, whose tuition is being paid via her parents’ investments in Big Oil, has already changed her Instagram handle to @sustainability_goddess and is reveling in her exoneration.

“It feels pretty great to be off scot-free for eternity,” said Jessica, who has since been deemed personally responsible for multiple forest fires, melting glaciers, and raising the national average for carbon emissions.

Following her nomination for a Nobel Peace Prize, Jessica was last seen throwing out her metal straw in disgust after realizing that she did, in fact, have to clean it.

Venice Ohleyer is a junior in Columbia College majoring in Creative Writing from Brooklyn, New York. You may have seen her performing comedy on campus or because she has a really, really sparkly rainbow backpack. This piece is only semi-autobiographical. Venice can be reached at vko2103@columbia.edu or via Instagram or Twitter.