Why WKCR is important

Why WKCR is important 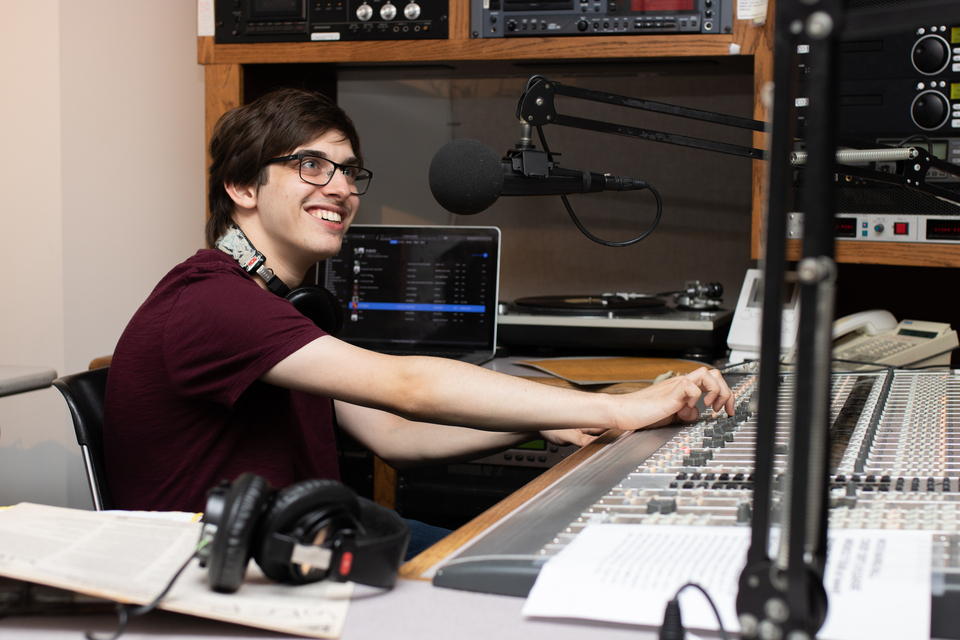 Imagine a radio station where the DJ doesn’t even know how the music they’re going to play will sound, the artist may never know that their work was played, and the clicks and pops of a 40-year-old record are not a sign of unprofessionalism but an asset to the station’s aesthetic. Strangely enough, this is WKCR’s strength.

If you don’t know, WKCR is the campus radio station at Columbia. We play many genres of music; I think our jazz, new music, and classical departments are far more musically radical than other competing stations in New York. Programmers sign up for a program and curate within the theme of that show. Programmers have control over what music they play within certain abstractly-defined bounds of genre.

One of the first things you see at WKCR is a room so full of records that when you walk through the door, you can’t see the other side of the room. Boxes holding records are sprawled across the floor. We have so many that we don’t know what to do with them. There are even more CDs stacked up in shelves on the wall, and you wouldn’t realize the sheer quantity of them until you open the drawers and they push you back against the records, which brace you from falling backward.

Thus, when programmers are on air, they’re often forced to go through the catalog nearly at random. They might not know the CDs, but they trust that the music is good enough to play because it was in the library. In the age of the Internet, you can listen to anything, but there is no guarantee that you will actually listen to anything because what you search for is ultimately in your control. The mass of records seems like the work of decades—it is—and, therefore, deserves power and respect. Things that would never be played on other stations are played for precisely this reason—the programmer plays a song they would otherwise have never heard and becomes a listener.

For six months, I was one of WKCR’s jazz department heads; at that time, I programmed for almost every department. Although I know very little about bluegrass, I programmed a bluegrass show, picking some artists I had heard of and some I hadn’t. I ended up hearing music that I never would have otherwise experienced. I’ve played music where the record was entirely covered in Chinese—I couldn’t announce it, I couldn’t tell you what it was, but at least I heard it.

The same principle of the mass of the unknown goes for our interviews. At one point, I brought in members from the We Have Voice Collective, a group fighting sexual harassment in the performing arts. When the first member showed up, they commented on how they didn’t want this to be an interview—they just wanted the mic to say what they wanted and play the music they wanted. I worked the board and said almost nothing beyond the legally required station ID, and it was one of my most memorable and fun shows at WKCR thus far.

This weight is what guides our programming; it is what makes us special and unique. It’s the reason we cling to Bach Festival—a week of 24/7 J.S. Bach—after all these years. Yes, Bach has been played by performers and radio stations to death. In keeping with WKCR’s principle of endless exploration, we must remember that Bach wrote so much music that his compositions require a categorization system built specifically for him—he has over 1,000 known compositions. Our programming during Bach Festival is a bit absurd because Bach’s output is a bit absurd. Our excess becomes a testament to his music itself—to the fact that no matter how hard we try to sit there and appreciate, it’s more than we can ever listen to and fully take in. We are forced to join in its excess and remain ignorant to the weight of its quantity.

This reason is why our programming is different. It is the reason why we should continue to play records at near-random for our audience to hear, rather than picking out what we think is cool or what we assume they want to hear. What makes it into the library should challenge our perception of genre because it removes our prejudices. If we attack genre by being willfully subversive, we run the risk of reproducing equally arbitrary categories. If we address genre by removing ourselves, and remain humble, we learn that there is no easy and unproblematic way to box music in.

To love music means to engage in the endless rabbit hole of discovery. Nothing better illustrates that feeling than looking at a room filled with thousands of records—ready to play for all who tune a dial.

The author is studying music at Columbia College.