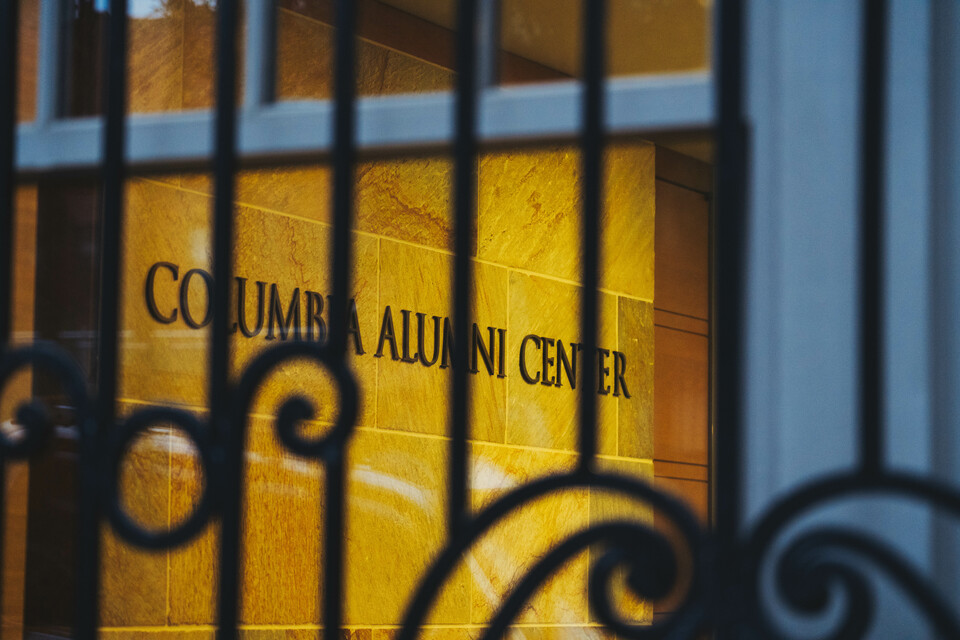 I spent countless hours of my four years at Columbia University sitting in a cubicle in a basement—clicking Dial, Answering Machine, Busy, Not Available, Deceased, Whereabouts Unknown, as a phone dialer rang on and on. I started calling alumni, parents, and “friends” of the University in the fall of my sophomore year. My partner recommended it to me as a workplace coveted by all her friends for the flexible schedule and reasonable wage ($12 per hour, at the time; it’s now $16 per hour).

I remember the calls my friends and coworkers had, where they were forced to leave the room in tears or log off for a few minutes to calm down. The Columbia community isn’t just about having a significant name on your degree and access to the networking opportunities of a lifetime; it also means overtly racist and sexist alumni who will be cruel and condescending to the current students of the University. This is what goes on behind the scenes, underground and unspoken.

Before I left Columbia, I spoke to someone on the phone who claimed that anyone who needed to work at the call center was desperate. It angered me to hear this, but I was angry because they were right. Columbia staffs its call center with the only people who will willingly spend multiple hours per week cold-calling strangers and asking them for money: low-income students.

We are the bottom of the financial aid barrel, consisting of Barnard students who have nothing but still need to take out $20,000 in loans, and Columbia College and SEAS students receiving full grants but still working two or three jobs to cover the student contribution. Maybe the job is an excuse for them to pay us a little something extra, and still claim that nobody gets a “free ride” to the University.

In my last semester at Columbia, the Alumni Center (the people we referred to ominously as the people “upstairs”), asked if a few of us would be interviewed to make a video for the Columbia College Parents Fund. I would give you my usual talking points about what the Parents Fund supports, but the truth is that I don’t actually know. They also asked if I would appear on a pamphlet of information about Columbia’s financial aid program. I agreed and forgot about both for a few months, until I saw a draft of the pamphlet.

My heart dropped. I had been reduced to Exhibit A in Columbia’s Charade of Charity Cases, a safe white face for them to show rich parents and donors that their money was being well-spent. I immediately emailed asking to be removed from the brochure entirely. The video, too. Someone from the Parents Fund asked me to meet, get coffee, and talk about both. I didn’t change my mind about the pamphlet. I couldn’t. Someone else may have accepted their offer, or maybe it was never released. The video, however, remains: You can see it on the Parents Fund section of the Columbia College website. I’m there, but you can’t see my doubts.

No one is going to tell you that one of the students in the video worked at the Phonathon. I gritted my teeth and smiled for the cameras, much like how I’d force myself to smile while I was on the phones. You can’t be good at the job unless you’ve mastered faking belief in the University. For every alum that remembers the institutionally bad parts of this university, there are many more who complain about the football team’s losses, or the consequences of affirmative action, because that’s all they see when they look back.

Columbia is a beautiful and broken thing. Its past and present are full of racism, misogyny, and hurt. It is an institution that is both generous beyond comprehension and punitive towards low-income students, especially people of color, and Barnard students. I found a temporary, inadequate home here for a while—and I will remember Columbia and the call center as places I loved because of the people who I was with. I miss my job sometimes because I miss knowing there would always be someone who understood what I was feeling about money, work, school, and fear. The call center itself continues to perpetuate myths about the University that students and alumni like to believe, while leaving the truth underground.

Kristian Anfinn Tonnessen, CC ‘19, is a current graduate student at the University of Michigan. In his spare time, he writes poems, but doesn’t know where to publish them now that Quarto is no longer an option. If you’re into working class solidarity, or want to swap poems, email him at kanfinn@umich.edu, or follow him on instagram (@kristiantonnessenpoetry). Don’t forget to cook the rich before you eat them!