Columbia is the perfect school for inside jokes

Columbia is the perfect school for inside jokes 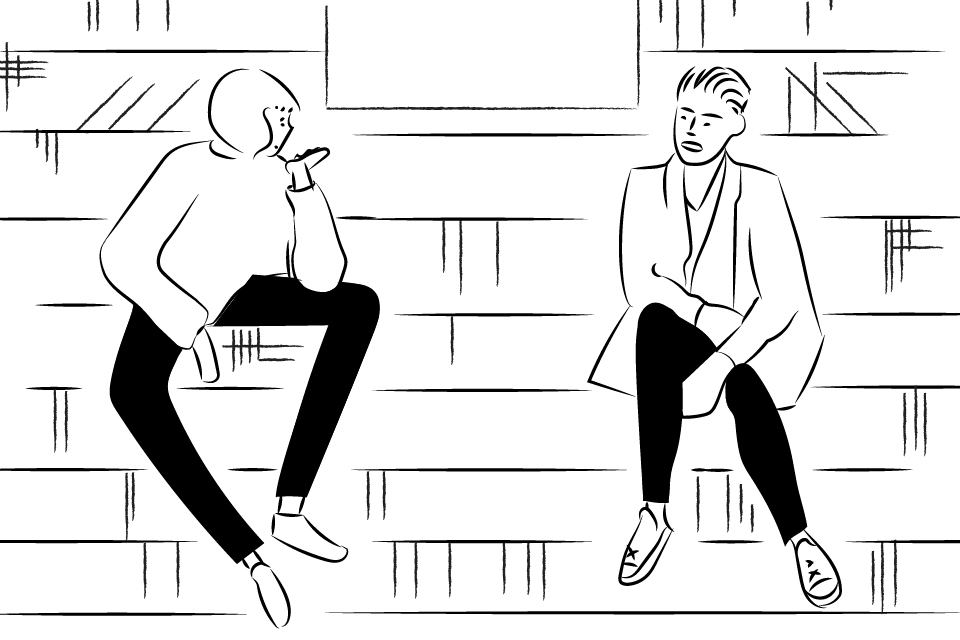 Columbia is really weird. For four years, we live in an alternate universe where we assign the highest value to things that become meaningless when we leave (@James Ritchie, great opening for a graduation speech). I could spend the rest of this column ruminating on “the bubble” and the real-world applicability of higher education, but this isn’t a CC class where no one’s done the reading. No, I want to praise the Columbia bubble for what I think is its greatest gift: campus-wide inside jokes.

Let me be clear. Columbia’s insularity is not unique. Most colleges act as their own contained universes. However, there are two factors that make Columbia stand out.

Love it or hate it, the Core provides excellent material for inside jokes. It provides us with a vast, vast bank of books, art, and music to make fun of. And even though Barnard students don’t take Core classes, they too participate in the humor. One Barnard student (my resident expert on Barnard) told me, “The Core provides many of my Barnard friends an opportunity to make fun of Columbia students who willingly subject themselves to the madness that is the Core.”

I could point to an overwhelming number of op-eds and memes that show the Core’s omnipresence, but I will instead use this:

Earlier this month I went to a “LIT-hum” party in EC adorned with Grecian Urns, pictures of Jesus, and the immortal quote plastered on the wall, “Good evening, gentlemen. I’m plastered.” Let that sink in. Now think, could you imagine another college where students threw a party based off a single class?

Second, and more importantly, the campus.

Our campus is small––too small, at least, for ten thousand undergrads to fully live off the Columbia grid. This population density causes friction, but it also fosters collective experiences––consider College Walk. Yes, most other schools have some central location akin to College Walk. However, those campuses are large enough that students can go a while without actually crossing them. By contrast, when was the last time you went a day without walking down College Walk?

Think of College Walk’s idiosyncrasies: the quasi-religious acoustic guitarists, PrezBo’s Audi, the Bottle Flipper. These figures are well-known, because we interact with them as frequently as we cross College Walk. It would be impossible for the Bottle Flipper to have the same level of notoriety he has here on a larger, more decentralized campus. For us though, he is an icon––and icons make for great inside jokes.

Sure, NYU has more students per square foot. However, it is so integrated with the “real world” of Greenwich Village that it’s difficult for NYU to act as an isolated universe like Columbia does. Less isolation leads to diminished capacity for inside jokes. Columbia is sort of like Goldilocks’ ideal college campus––small enough to breed universal experiences, but defined enough for those experiences to be uniquely Columbian.

By now, you understand how Columbia is institutionally built for a strong culture of campus humor.

I am not writing this column to scold Columbia for squandering its potential for inside jokes––quite the opposite. I think some of the strongest comedy at this school is Columbia-centric humor. Think about columbia buy sell memes, one of the first and most famous college meme pages. Anyone who was at Columbia when BSM started will remember its meteoric rise. Why? Because a Facebook group effectively dedicated to inside jokes is the perfect outlet for our wealth of shared experiences.

Beyond buy sell memes, Columbia has a rich history of celebrating its inside jokes. There’s Orgo Night, which––try as they might to destroy it––has persisted for decades. There’s the Columbia University Sketch Show (CUSS), putting out Columbia-specific sketch comedy. Most importantly (in my biased opinion), there’s the Varsity Show, entering its 126th year. I don’t think this is a coincidence. Whether or not you buy my argument, you have to admit that there is something specific to Columbia which makes its culture of inside jokes thrive.

The marching band lambasted Columbia’s comedy scene last year during Orgo Night, saying, “Comedians and CU students mix about as well as Saudi diplomacy and a bone saw.” I’m not going to conclude by commenting on the state of comedy at our school. (If you want a misrepresentation of my thoughts, you can read this.) I will say though that for all there is to criticize about Columbia’s comedy scene, let’s not forget to celebrate the strength of our Columbia-specific humor. U.S. News and World Report may rank us (tied for) No. 3—but for inside jokes, we’re No. 1.

Jacob Kaplan is a senior in Columbia College studying history. He apologizes that this column, albeit about comedy, was not itself very funny. To give him the chance for redemption, follow @JacobKaplan17 for some unhinged, often Columbia-centric humor.