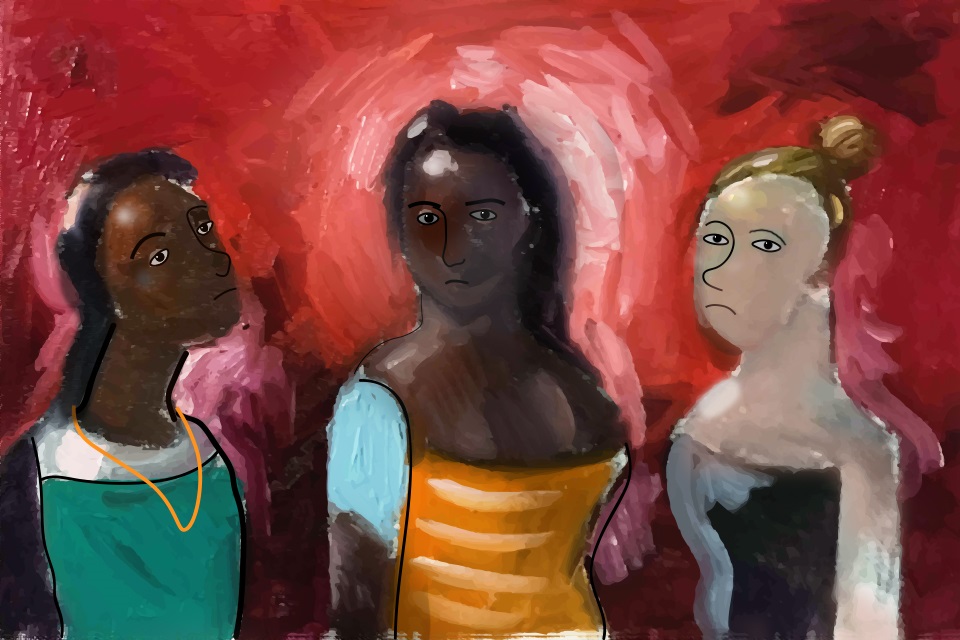 In the English language, there’s this very delicate dance that we spin around the n-word. We have conversations over who can say it and who cannot. We reserve it for certain scenarios and contexts. We create impossible hypotheticals that serve to push people to some type of ethical extreme: “If there’s a kid with a terminal disease and his last wish is to say the n-word, do you tell him he can’t say it?” Meanwhile, I pepper the n-word into all my casual conversations. I grew up hearing the word: It simply is a part of my vocabulary, and it’s a word I carried to my time as a Columbia student. I even said it abroad, yelling it across Avenida de los Presidentes in Cuba to catch another student’s attention one or two times. The word exists, however, outside of Make-A-Wish-sponsored philosophy questions and my mouth.

You can see this, for example, in the video of Gina Rodriguez that has been circulating around Twitter of her saying the n-word while singing along to a Fugees song: “Fronting niggas give me heebie-jeebies.” Those five words are what caused a confusing sequence of events that quickly whiplashed from an initial misstep to a confusing apology. But her using the word wasn’t odd. It didn’t make any of the black people I talked about it with mad. We mostly just laughed and made jokes about the absurdity of the situation. It was such a foolish way on her part to highlight her internal antiblackness.

We have a saying in the African-American community: We might have been born at night, but we weren’t born last night—meaning that we aren’t foolish. We know non-blacks say it—when they sing alone in their room, when they’re in parties, when they speak to their friends alone. You, whoever is reading this, have probably said it.

You, and Gina, have no excuse to use the word in any context if you don’t identify as black consistently and responsibly. It’s not enough to say, “My grandma is black, my friend is black, my ex-girlfriend is black.” You have to be black, and you can’t change that. You can’t choose to flip-flop identities when someone asks you to identify within the American racial context in which we all live in as Columbia students. I heard people saying, “But Gina’s father is black, Afro-Puerto Rican.” But the question isn’t if her father said the n-word—it’s if she said it, and she did.

I’ve watched similar things play out between students too, asking and accusing someone of not being what they said they are because they don’t seem to look a particular way. It’s a lethal blow to have someone ask you, “Are you even black?” This is an internal argument in the black community because it shakes the very foundation of your right to be in the black community and confronts the reality that we don’t have a concrete way of saying who is black and who isn’t. It does the same thing it did in the case of Gina Rodriguez: It interrogates what someone has to say or do in a certain space, but it does so retroactively.

We have to do more than just try to fix problems after they happen. If people are going to have to be consistent and responsible in their self-identification of being black in the first place, then who has any power to retroactively question anyone else’s belonging? The issue with Gina Rodriguez was that she, just like a lot of people who say the n-word on campus, wasn’t black in the first place to even have that identity retroactively taken away from her. Her proximity to blackness only began when the black community rolled their collective eyes at her bad behavior, which is completely unacceptable. Blackness isn’t something that comes on and off; in an American context, it is more permanent—whether you look it or not. While blackness may be more fluid in other places, Columbia exists in the U.S. and assumes the American system of permanent blackness.

Similarly, in her apology, there was also some other form of racial recklessness that ran in parallel to a lot of conversations on campus. She apologized to the “community of color” when she only had offended black people. Every time someone calls me a woman of color, I shrink back a little. I think to myself, “Why couldn’t they just say black?” I am visibly black, enough so that to ignore it in any racial categorization or grouping would be to ignore my reality. My life has been shaped by being black, hindered by being black, and I have lived my life because of, and in spite of, being black. So why would anyone seek to include me in something larger, that in reality has little to do with me?

I am a woman of color only on paper. In reality, I have no allegiance or community to what it means to be a woman of color at large. I am a black woman, and to group me in with all these other different women, some of whom look nothing like me and have no commonality with me, just makes it a little bit harder for me to get my voice heard when talking in a sea of other women. That’s not even touching upon the antiblackness that happens in a lot of women of color circles when the black women leave the table. Gina Rodriguez is a prime example of how quickly non-black people of color will act up and then try to establish some faux sense of community that makes it seemingly okay to continue acting up. How there is always an emphasis in these Latinx, Asian, and Native groups to center marginalized narratives (code for black, queer, and woman) without interrogating how they still fail to place these voices in positions of power and make them feel truly included within their groups. For example, how are campus groups going to have meetings about the hesitancy of some Haitian students to identify as Latinx if we don’t ask why it is that the majority of Latinx group leaders look absolutely nothing like the majority of Haitians on campus?

This lack of solidarity between black people and other groups of color is because other groups of color are quick to use blackness as a stepping stone for some type of racialized clout, while simultaneously engaging in antiblackness. I think Gina Rodriguez tried to toe that line of being close enough to black to not get called out, but far enough to maintain that she isn’t black when it affects her life—a behavior that many groups of color adopt.

We laughed at Gina the same way we laugh at the nonsensical way others try to group us in on campus, make us women of color, or some other derivative that keeps us black but moves us to the corners of conversation.

We can’t have that. We are black; and until antiblackness is destroyed, that’s what we have to be.

Sabina Jones is a senior at Columbia College majoring in English & Hispanic studies. Her column Transatlantic Trade runs every other Wednesday.