Columbia, “Thank you for the support”

Columbia, “Thank you for the support” 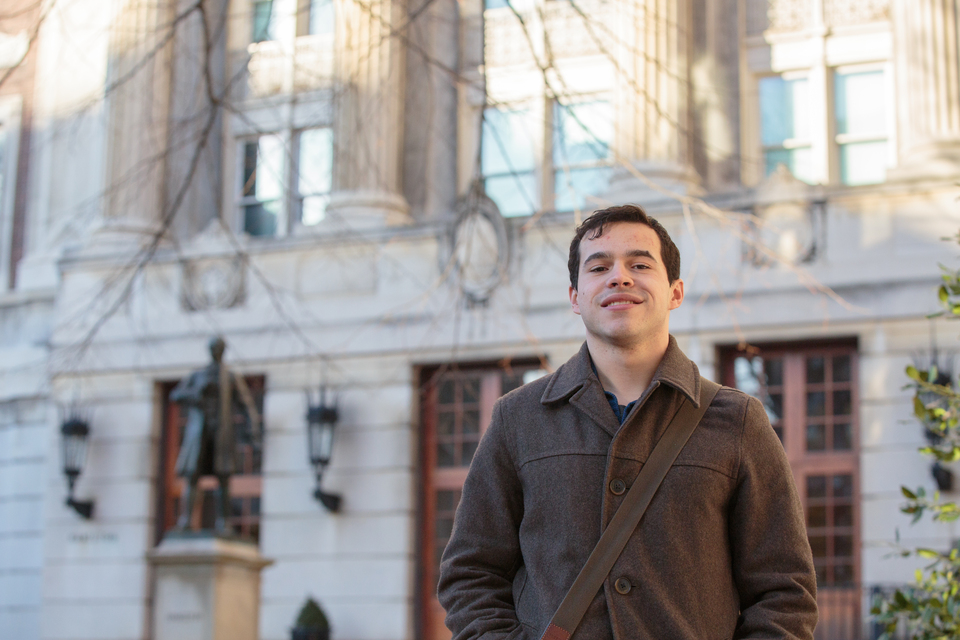 Earlier this year, a couple of friends and I were hopelessly searching for a table in Ferris. It was the first week of the semester and prime lunch hour, so we eventually had to make do with just a third of a table we negotiated from some young first-years. Having just met on Low Steps about 15 minutes earlier through a mutual friend, we sat down and continued the conversation that initially brought us together—military service.

It’s always a bit taboo to talk about such a topic among those not familiar with it—the unique nature of this experience makes it hard to include the uninitiated. So early on in the lunch, we mainly talked among ourselves at our end of the table. Yet as the first-years became curious about what they were hearing, they slowly joined in, asking us about everything from training and military life to the difficulties of deployment overseas.

Such questions are always difficult to answer. The mind-numbing suffering inherent to carrying a 90-pound rucksack over difficult terrains isn’t simply explained to students who have only experienced climbing the Hamilton stairs with their backpacks. Still, we patiently responded to their questions, happily sharing stories of our years in the military. As we all got up to part ways, one of the students told us a five-word phrase familiar to any service-member: “Thank you for your service.”

Maybe it’s just me, but I’ve always found this expression of gratitude a bit awkward to respond to. I genuinely appreciate the sincerity and am thankful that people graciously go out of their way to express it. However, I have never found a satisfactory response. Some sort of “You’re welcome” sounds pretentious, and a simple “Thank you, I appreciate the kind words” still feels a bit lacking in substance. When I was able to, I always preferred to explain that “I just did my little part” in the grand scheme of things. Yet that response still felt clumsy in practice. So I, like many other veterans, usually resorted to the semi-canned response of “Thank you for the support.”

When I joined the Army a few years back, I had hardly any idea of what I was getting myself into, let alone the idea that it could have brought me here to Columbia. The thought of a consistent paycheck excited me, and Airborne School sounded like it would be fun. I even remember telling my friends that I wouldn’t be deployed to a war zone, as I naïvely thought that sort of thing had already ended.

Of course, I knew about the GI Bill and the flexibility it would give me should I eventually leave the Army, but that was something I would think about later on in my life. All I knew at that time was that I was going to join the military, proudly serve my country, and the rest would work itself out later. But like the hundreds of veterans here at Columbia, eventually my time in the service came to an end and I needed to find my path.

While I originally planned to go back to school somewhere near home in Virginia, I recognized the name “Columbia University” on a subway map one summer while visiting the city during military leave. After looking it up and seeing the immense support it provided for veterans, I figured that this was the place I wanted to go. Just a year later, after I received an acceptance letter, I was on my way up to the city for orientation within weeks of receiving my discharge papers.

Unfortunately, transitioning back to civilian life hasn’t always been that easy for military veterans. Many World War II veterans remained reticent about what they had endured, perhaps never wanting to relive such experiences except in reclusive veterans bars across the country. Vietnam veterans infamously returned home just to face indifference at best, and harassment and maltreatment at worst. Most horrendously, minorities—especially African Americans—were cruelly marginalized and abused in the country they had fought to defend.

However, although not perfect, things are different today. Veterans don’t live in the margins of society but are actively taking part in it. Minority veterans are increasingly using and benefiting from programs like the GI Bill and healthcare. And we can talk about our experiences over lunch tables in Ferris in a way that benefits those listening and the veterans themselves. By talking about their experiences with those not familiar with them, veterans can better understand what they went through as well.

So on this Veterans Day, where the well-intentioned “Thank you for your service” is repeated to service-members everywhere, I would like to say to the Columbia community, with as much sincerity as I can, “Thank you for the support.” While I can only speak for myself, I do believe that many other veterans would share in this sentiment. After all, as we all should know, support can never be taken for granted.