In defense of your chronically late friend

In defense of your chronically late friend 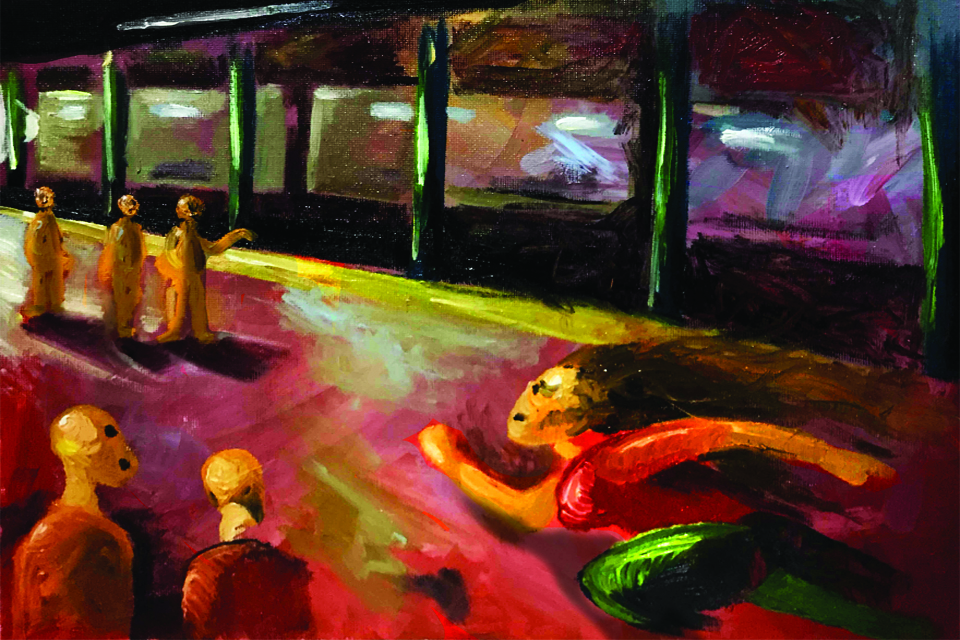 We all have that one friend who never makes it on time to anything. Perhaps they always arrive late for dinner plans confirmed the night before, or tell you that they’re on their way to meet you when they’re still at home doing who knows what. It might be easy to feel disrespected when this happens, but as much as you know, there is no malicious intent behind their lack of punctuality.

You see, I’m that friend that tends to be late to social gatherings no matter how hard I try. I’ll admit, my tardiness has caused some issues between me and my friends, including at my own birthday parties. As I prepare to enter the workforce, I realize my punctuality to social events is something I need to address, especially since networking is such a large part of making connections and finding employment. Not only that, but also I’d like to be a more reliable friend to my loved ones. My social punctuality—or lack thereof—is something I’m definitely working on, but I’d still like to examine why I, along with many others, have this habit.

I grew up with a mother who would never let me get a tardy or absence slip at school, and yet we both would show up to social gatherings four hours late. It’s like in The Mindy Project; the main protagonist is chronically “late for all of her social engagements, but never for professional ones.” I really can’t explain the origin behind this phenomenon, but I know that it also exists in other cultures. NPR’s Code Switch included a Word Watch Feature on the phrase known to many of us as CPT, or “Colored People’s Time.” CPT is emblematic of how time varies in different cultures and is inherited. In fact, University of Missouri Professor Allen Bluedorn stated that “what any group of people think about time ends up being a result of them interacting with each other and socialization processes.” Time is contingent on our social contexts and, hence, differs from culture to culture.

Another study conducted by an American professor in Brazil with National Geographic found that it was socially accepted, and in fact encouraged, for Brazilian students to show up late to class (my Brazilian best friend also confirmed this to be true in his experiences). This is seen in how “Brazilians expect a person with status or prestige to arrive late, while in the United States lateness is usually considered to be disrespectful and inconsiderate.” Under these circumstances, arriving past the set appointment time in Brazil does not make you late; in fact, it’s a social expectation. And this is not just the case with Brazil. I’ve personally grown up with a similar understanding of time and respect.

As a Latina, I can tell you that whenever a guest showed up to my birthday parties at the time stamped on the invitation card, they were seen as disrespectful. Why? It is custom in the Latinx community for one to show up at what is known as La Hora Latinx (HL) or the Latinx Hour, meaning that if that card says that the fiesta starts at 4 PM, you better show up no sooner than 6 PM or you’ll find a party with uncooked food and a mom who still has to wash her hair.

However, arriving late is considered a sign of disrespect in American culture. If you’re someone who has been extremely frustrated with a friend or relative who can never seem to make anything on time, perhaps you should familiarize yourself with WikiHow’s “How to Stop Dealing with Someone’s Lateness” article. The first step is to call the pattern out for what it is: an issue having to do with respect. The article assumes that your friend who is chronically late is inconsiderate and doesn’t value the time that you set out for them. Although this might sometimes be true, you should perhaps consider an alternate scenario. As in my case, the culture I grew up with has a different understanding of time and consideration in which the most polite thing in some situations is to be “fashionably late,” and not expect either party to rush to be on time.

In my personal life, these habits have stuck with me in college, where I run to make it early to class, yet I may be the reason my friends miss the 1 train. Even though I know I have the physical ability to be on time to things, there’s more to this behavior than what my friends claim. If you relate to this, I’m writing this in our defense. Those of us who are chronically late can change our ways and should make an effort to do so. With more communication about the cultural differences in the perception of time, I think that the punctual and tardy people can minimize strains in their relationships when making plans.

Daphnie is the friend in the group that you have to lie to about when plans start so that she makes it on time. She is trying really hard to change her ways and hopes to be more punctual by the end of 2020. Although the article mentions CPT, please don’t assume that all POC are late to everything. If you have any additional thoughts related to this phenomenon, feel free to respond at dzo2101@barnard.edu. Found in Translation runs alternate Mondays.