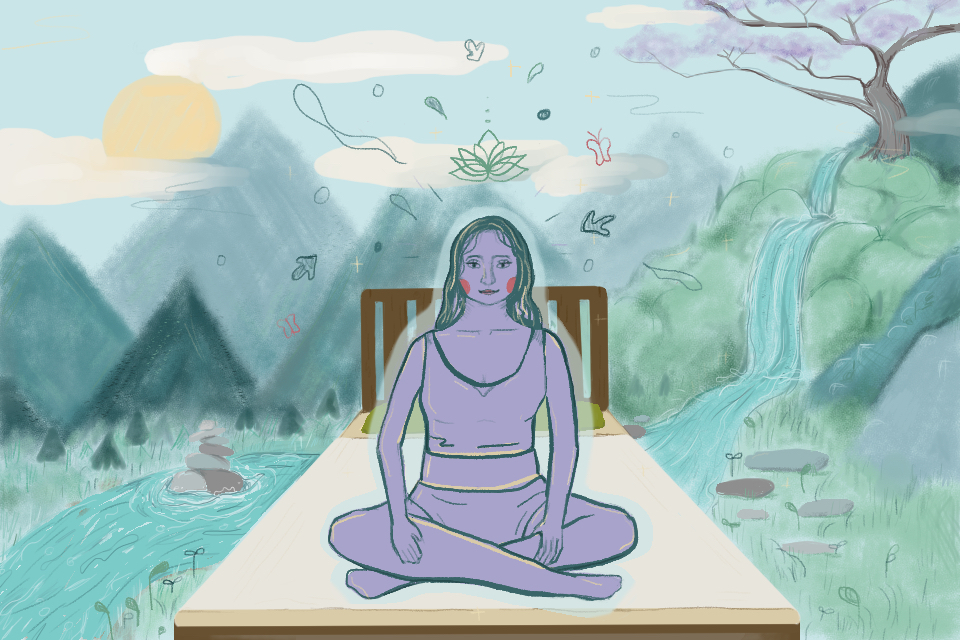 Local student Ben Morris was reportedly caught off guard when in the midst of a hookup with his girlfriend, Jessica Anderson, she stopped to define the concept of “beginner’s mind.”

“I thought everything had been going pretty well up until this point,” said Morris of their two-month relationship. “But I guess we’re still … getting to know each other.”

“At first I was like, okay, that’s kind of sexy. I thought she was talking about like, roleplay, or something,” Morris said. “But then I realized that was not what she meant.”

“Everyone has their thing, I guess, but it doesn’t exactly turn me on when my girlfriend keeps stopping me in the middle of sex to say, ‘Now pretend like you’ve never done this before,’” Morris confessed.

According to Morris, Anderson keeps a hard copy of Shunryu Suzuki’s book “Zen Mind, Beginner’s Mind” under her bed next to the condoms. Ben said that after they started having sex, she started reading aloud sections of the book.

“I feel like every time I try something, she’ll stop me and say, ‘You are not an expert.’”

When asked what drew her to beginner’s mind, Anderson confessed, “Oh my god, this doesn’t actually turn me on. He’s just really bad at sex. I just didn’t want to say it.”

Venice Ohleyer is a junior at Columbia College majoring in creative writing from Brooklyn.. You may have seen her performing comedy on campus or because she has a really bright rainbow backpack. Venice can be reached at vko2103@columbia.edu or via Instagram or Twitter.