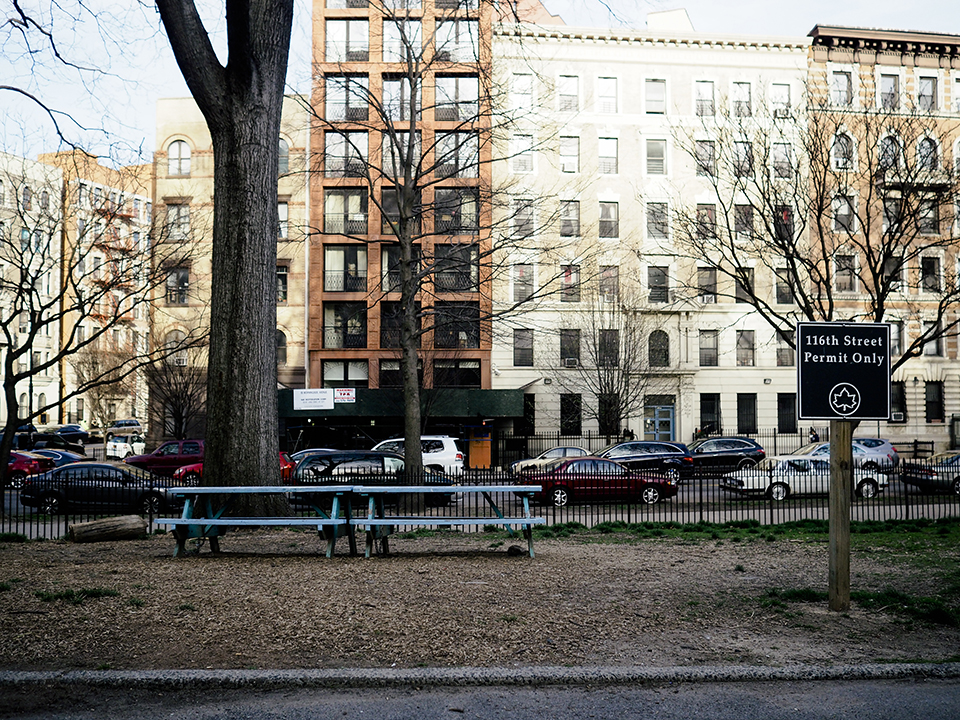 Tess Majors’ murder in Morningside Park is an absolute horror.

I used to walk through that park every day to and from work. About a year and a half ago, I started taking another route to work after noticing more drug-related activity and groups of young kids following me. Earlier this year, there were reports of increased muggings and robberies in the park, often alleged to have been committed by 12- and 15-year-old kids.

Despite the increase in violence in Morningside Park, Columbia did very little to combat it. The University did not notify the Columbia community of the incidents so that new students like Tess would be on alert. Community groups addressing these safety concerns told me they weren’t contacted by the University. Columbia just kept Public Safety officers in a booth at the top of the park, and they faced west toward the campus, not east toward the park.

Columbia has had sufficient resources and will to annex much of West Harlem above 125th Street but has faced difficulty handling its relationship with the park it shares with Harlem residents. While the University has been dedicating its resources to expanding away from 116th Street, Tess died just feet away from University President Lee Bollinger’s doorstep.

Activists in our community, including those from Street Corner Resources, have been concerned about the assaults in the park. They have wanted to explore alternatives to police-focused, carceral approaches to public safety, especially given that children are primarily suspected of these crimes. They propose restorative justice models as opposed to increased policing of the area.

Restorative justice would emphasize methods that invite an understanding of both the root causes of violence and the effects of that violence on the community. Yet, efforts like these have been eclipsed by law enforcement-focused approaches to address public safety. Increasing the number of law enforcement officials in our community privileges the arrest, prosecution, and imprisonment of 13-year-old children. We have underinvested in programs designed to address the reasons why young kids are hanging out in Morningside Park, engaging in acts of violence.

Now, the New York Police Department has arrested and charged a 13-year-old boy in connection with Tess’s murder. The police say he confessed to the crime, but he seems to have been accompanied only by his uncle when he was interrogated. Why didn’t he have an attorney with him when he “confessed”? Another 14-year-old boy was arrested, then released. Apparently, the police knew the identities of the 12- to 15-year-old kids who were suspected of being behind a string of muggings in the park—so they knew where to find these boys.

It’s hard not to be reminded of the 1989 Central Park Five case, when five boys of color aged 14 to 16 were taken into custody for the assault and rape of a 28-year-old jogger in Central Park. They were coerced into confessing and implicating each other. None of the boys were involved in the crime, yet the police and the public were quick to judge them guilty. As I write this, I am haunted by Ava DuVernay’s portrayal of the police violently interrogating Korey Wise, one of the Central Park Five, in her Netflix adaptation of the case, “When They See Us”.

It just feels like something is terribly broken here. These are all kids—Tess and the kids in the park. It’s all just so heartbreaking. We have failed them all.

As first steps, Columbia may want to do two things: be sure that the youths charged in this murder have effective counsel, and reach out to community activist groups to develop a process for community healing that isn’t limited to Columbia’s campus. We don’t have to look far for local expertise in leading such an initiative—Mariame Kaba, a researcher in residence at the Barnard Center for Research on Women, is a leader in exploring restorative alternatives to the criminal justice system and mass incarceration. She is the founder and director of Project NIA, a grassroots organization that seeks to end youth incarceration. She and Iesha Sekou, the founder and director of Street Corner Resources, could help lead a restorative, not retributive, response to Tess’s murder.

As we grieve the horrendous loss of Tess Major’s life, we are also called to respond in ways that help repair our broken hearts and world.

The author is the Sulzbacher professor of law at Columbia Law School.