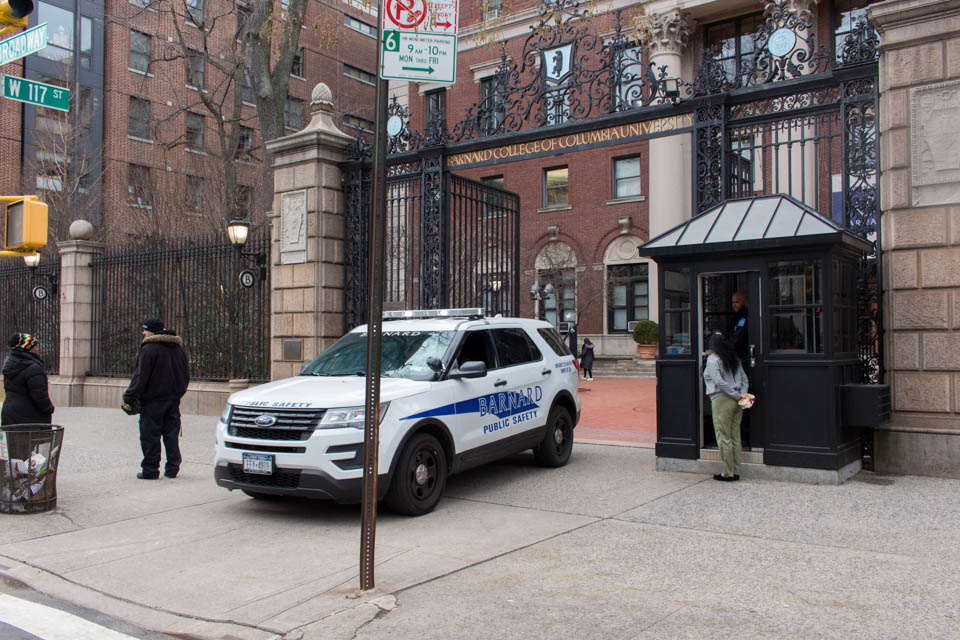 Last month, our community suffered the tragic loss of Tessa Majors, a Barnard first-year who was brutally murdered in Morningside Park, just a few steps away from Columbia’s campus. Tessa was a talented musician, an advocate for women, and beloved by all who knew her. Although the news of her passing has fueled a national conversation about the importance of protecting women on college campuses, some have unfortunately used this tragic incident as an opportunity to promote harmful, anti-Black rhetoric, which ultimately criminalizes and perpetuates violence toward residents of West Harlem.

On Christmas Day, several Barnard faculty members received phone calls from a white supremacist organization called “Road to Power.” The calls featured an automated voice recording that blamed Tessa’s death on her proximity to Black people, stating, “Remember to teach your children: Around Blacks, never relax.” In response, a Barnard spokesperson claimed that the school community “condemns” these sentiments of anti-Blackness and “stands together against hate.” However, this statement is obscured by the long, troubling history of anti-Black violence and policing that Black students and Harlem residents face at the hands of Barnard and Columbia Public Safety, the New York Police Department, and non-Black students.

Since 1968, we, the Columbia University Black Students’ Organization, have been dedicated to promoting an understanding of the past, present, and future needs and concerns of Black students on campus, as well as the Black community at large. Last year, we compiled a report which provides an in-depth analysis of the University’s racist history, as well as a timeline of incidents involving anti-Black violence which dates back to 1968. This report found that for decades, the institution has utilized police violence as a means of maintaining an elite, exclusive, and, most importantly, white environment.

For example, in 2010, the NYPD launched a surveillance campaign that targeted young residents of Grant and Manhattanville Houses. Over this period of time, they tracked residents’ Facebook posts in the hope of collecting information that could be used as evidence against them. On June 4, 2014, after four years of surveillance, 400 NYPD officers swarmed Grant and Manhattanville Houses, conducting the largest gang raid in New York City history.

The next day, Vice President for Public Safety James McShane celebrated the events in an email to the entire Columbia community, suggesting that disrupting the lives and futures of more than 100 young Black people “make[s] our city and community safer.” He went on to announce that Public Safety would further harm this community by supporting an enhanced NYPD and Public Safety presence in the area. Public Safety’s commemoration and support of an event that ruptured a Black community and tore apart Black families suggests anti-Black violence is part of Columbia’s vision of “campus safety.”

By fostering an environment that criminalizes Blackness, Barnard and Columbia have also jeopardized the safety of their own Black students. This was demonstrated last year when a Black Columbia student was harassed and physically assaulted in Milstein Library by Barnard Public Safety officers who refused to believe that he was a student. In other words, behind the mask of a commitment to diversity, justice, and equality, Barnard and Columbia appear to be no different than the Road to Power’s white supremacist robocallers, as both perpetuate the myth of Black people as a primary threat to campus safety.

Since Tessa’s murder, students, parents, and alumni have pressured the institution to implement measures to improve campus safety. In response, Public Safety supports an enhanced police presence in the Harlem community once more. However, many are concerned that such measures will only further perpetuate a longstanding culture of anti-Black violence on campus through policing. In order to help create a community that is truly safe for all students and all people, Columbia must recognize the want of better safety for the Harlem community and Black students on campus. It must also acknowledge its own violence and make a commitment to redressing the harm that it has caused to the historically Black community in which it resides. Until then, we believe that the University will continue to fail in its mission to “stand together against hate.”

The Columbia University Black Students’ Organization is Columbia’s oldest Black affinity organization. It is writing this piece in light of the anti-Black response to the tragic murder of a Barnard student.