We were already sick

We were already sick 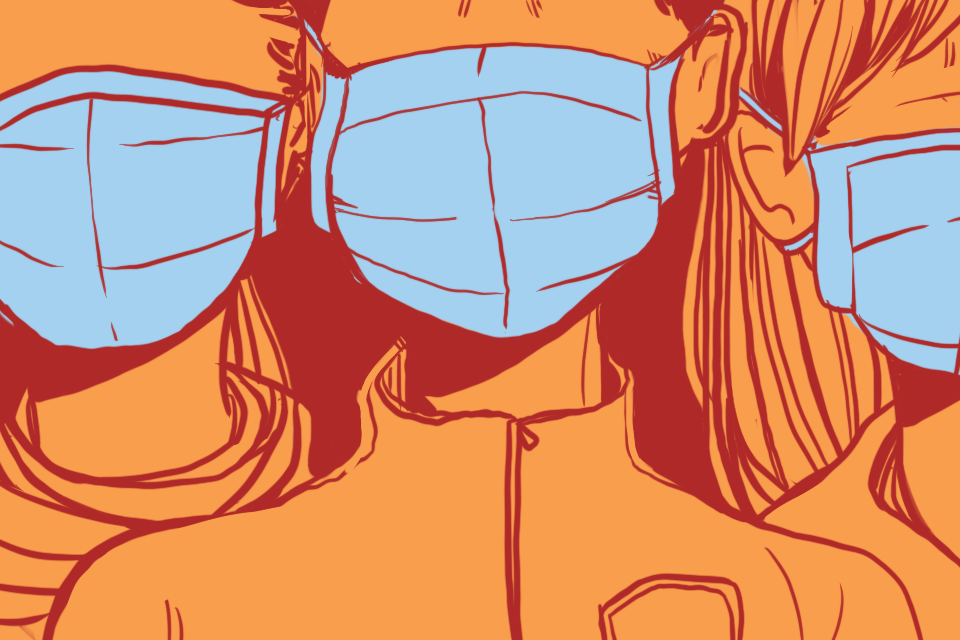 ”If the foreigner was not already characterized as Other, then the paranoia surrounding the Wuhan coronavirus thrust the foreigner into the realm of threat.”

I have heard people call us savages. That we come from a backward nation, where the people are upside-down and slant-eyed, and where the fare is repulsive. If the sickness quickly spreading from China’s shores made nothing else evident, it was that hatred of the East was hiding just underneath the surface, shoved underneath floorboards and inches away from the West’s conspicuous consciousness.

We need not look further than our own surroundings to understand how an insidious fear of the alien infiltrates our everyday interactions. In a recent Columbia Confessions post, the author discussed avoiding all contact with Chinese students or those that recently traveled to China in fear of the virus, eliciting great outrage from commenters. It is no secret that Columbia enrolls nearly 6,000 international Chinese students across all its schools; it is these students that now must first face exclusion on our campus before contending with a host of other injustices. How transparent it is, then, that our own neighbors and classmates are the first to be feared, deemed abject and unwanted.

The idea is—to some Western observers, we were already sick. To them, we were sick with a backward, ancient civilization; we were cursed with strange diets and obtuse languages; we were a land of twisted values; of course, we were alien, and to satisfy their gaze, that was enough.

Indeed, the West seems to fear China—and much of the East—because the West could not exist without it. The Occident is itself constituted just as much by what it is as by what it is not. Eighteenth-century missionaries, explorers, and observers understood China as many things, but above all as foreign. By identifying China and the East as fundamentally Other, the West was able to reinforce its sense of self, while distancing itself from what it perceived as a perplexing, mystical culture. The modus operandi of the West has been a consistent need for opposition and domination; without the subjugated voices of the Orient to recognize the West as a master and slave driver, the Occident would lose its identity—and thus, its power.

How better to understand the uproar of Sinophobia surrounding the Wuhan coronavirus? Across the West, incendiary outbursts portraying the Chinese as dirty evokes the dated rhetoric of “heathen rat-eaters” and “uncivilized, unclean [people], filthy beyond all conception.” For this audience, the virus represents merely another facet of a backward Orient, this time physically manifested. It is no surprise that fear of the epidemic centers around the notion that it originated from animals common to Wuhan diets; to the fearful, the sickness seems to be a visceral disgust made real, revolting traditions made palpable through an infectious vector. Virulence and culture are irrevocably tied together. To some Western observers, there seems to exist a sense that the sickness is a result of China’s wrongdoing, a comeuppance for centuries of backwardness.

Yes, we fear the virus because we fear death, sickness, and malady. But we also fear the virus because it comes from a culture some in the West have deemed abject. We tremble at the notion that such a plague could cross the border wall that we have erected between the Orient and the Occident because the creation of the West was simultaneously a rejection of the Far East. We built an impenetrable defense to their obfuscated languages and upside-down cultures, a barrier whose integrity is now being challenged by an invisible tide. Even the concept of the virus—a bodily invader from an ocean away—could be seen as a metaphor for foreign invasion, the breaking down of the East/West binary some have so carefully constructed. This is the origin of the West’s anxiety: the fear that the alien could be brought to our shores.

Outside of Columbia, our visceral encounter with the abject is already being replicated countless times around the Western world. If the foreigner was not already characterized as Other, then the paranoia surrounding the Wuhan coronavirus thrust the foreigner into the realm of threat. For some Western individuals then, the figure of the mask-wearing Chinese is not simply utterly sickening—it is a clear and present danger. There is a nauseating unease at the possibility that the backward culture we have defined ourselves in opposition to would return, and return with a virulent vengeance. The sickness is benign when kept at a safe distance, but when thrust into our spheres of safety, it transformed into a crisis. Of course, we would react in such a fashion, for we have rallied so terribly to distance ourselves from those evils an ocean away.

Reality checks around the severity of the Wuhan coronavirus have noted a low risk of transmission in the United States and a relatively low mortality rate. But reality has little impact on the xenophobic fear that has uncovered the hatred of China lurking so close to the surface. For some Western onlookers, this latest upsurge of anxiety has revealed the veneer of exclusion we have so carefully crafted for ourselves: not-Orient and not-Eastern.

This epidemic will pass, of course, but not for the Chinese. Their sickness is not simply the one rapidly emerging from Wuhan; it is the sickness they have been ascribed in our quest to dismantle our fear of the unknown, and it is that disease that is truly chronic.