Postdocs and the price of prestige at Columbia University

Postdocs and the price of prestige at Columbia University 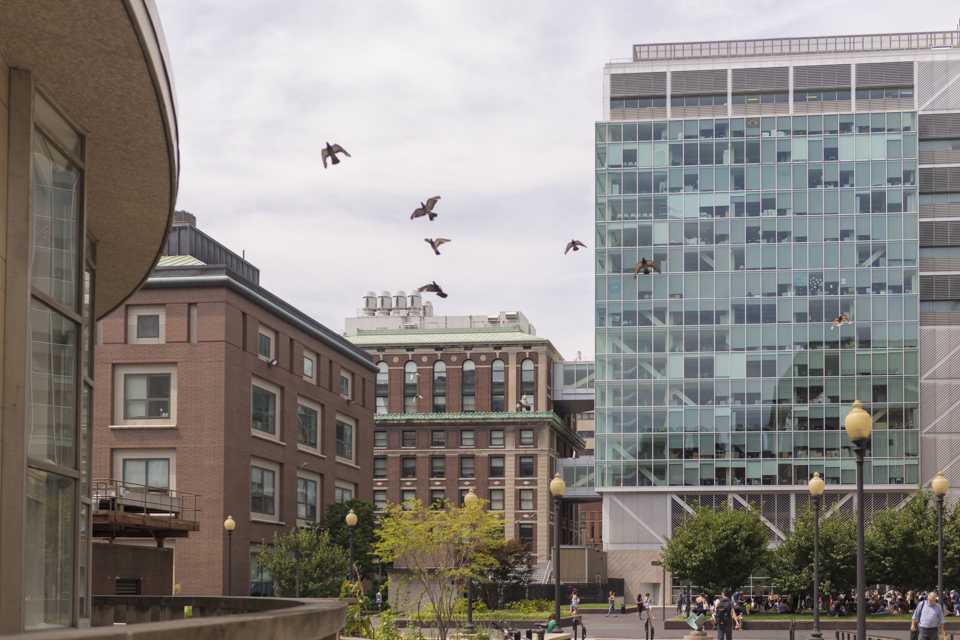 As postdoctoral and associate researchers at Columbia, we know firsthand how inadequate compensation can undermine the quality of our work and inhibit the development of a truly equitable, qualified, and inclusive research community.

In a variety of powerful ways, the extreme financial pressure we face as researchers at Columbia undermines our ability to maintain the kind of dedicated focus in our research that will sustain Columbia’s role as a world leader in research and innovation.

This is why we believe that, in negotiating the first contract with our union, Columbia should significantly improve the abysmal salaries for the team of world-class postdoctoral researchers who bring value and prestige to the University.

A Columbia researcher’s quality of life can be surprisingly unsettling. According to a recent survey, postdocs in New York City have the lowest average salaries in the United States, when accounting for cost of living. Columbia lags far behind institutions such as Rockefeller University, Memorial Sloan Kettering Cancer Center, and the Icahn School of Medicine at Mount Sinai with a minimum postdoc salary of $51,376 per year, while the other institutions offer upwards of $58,000 per year.

We are reminded of how far Columbia has fallen behind every time we interact with our fellow postdoctoral researchers from Mt. Sinai and Sloan Kettering and learn that they earn 14 to 40 percent more than we do in the same field for similar work in the same city. Moreover, we have experienced faculty from other institutions who hire and supervise postdoctoral researchers broadcast their more competitive salaries to us, as part of an effort to recruit us. This dramatic salary discrepancy between institutions could undermine Columbia’s reputation as a world-class research institution and reduce a prospective postdoc’s motivation to pursue the kind of research that perpetuates that reputation in the first place.

Additionally, Columbia’s low pay inhibits not only the quality of research, but also prevents equity and inclusion. Columbia’s lagging salaries prove especially challenging for those who come from modest socioeconomic backgrounds, international researchers with no credit history, or those with families. The high cost of rent near Columbia sometimes forces us to choose between having roommates long after our peers in other fields are living alone, or renting far away and commuting for hours daily when we could be conducting more research instead.

Moreover, even after we’ve found a place to settle in New York City, many international workers must return home annually to renew our visas. This wastes valuable research time and forces us to spend thousands of dollars out of our own pockets in travel costs.

The salary gap at Columbia can also affect women and those who are supporting families particularly harshly. Child care, for example, averages $16,250 per year in New York City, and can be prohibitively expensive for a postdoc. The expense for summer camp in New York City is even higher, yet unavoidable, as many postdocs across the country work more than 40 hours a week year-round. As a result of these pressures, researchers, especially women, can sometimes either put off having children for many years or simply leave academia. A recent study showed that almost half of women researchers leave science after having a baby, resulting in a dramatic loss of talent from an already underrepresented population of researchers. Providing higher salaries is the clearest path to providing researchers with the security to raise a family in this city.

To make things even worse, Columbia’s own policy relating to fellowships also—ironically— penalizes academic success. A small subset of researchers at the University earn compensation that is funded by an individual fellowship that can be won through a competitive application process. For those of us who receive this academic recognition, Columbia offers inferior health insurance coverage and fewer overall benefits when compared to those of all the other researchers on campus. This reductive policy makes no sense for an institution committed to quality research, as it discourages promising scholars to apply for such awards.

We care deeply about our work, but we also know that we deserve more for our role in driving Columbia’s research mission. This devaluing of our work is one of the main reasons such a large majority of Columbia postdocs voted to unionize in late 2018 and demanded a major increase in compensation in our first contract. Comparable New York City research institutions have found ways to significantly increase base salaries.

One might ask, how could Columbia afford significant pay increases? Since Columbia made a comparable increase—nearly 11 percent—in 2016, we are confident they can find a way to do so again. But more importantly, for the sake of quality research, equity, and inclusion, we would ask, how can Columbia afford not to?