An antidote to toxic risk: the case for total divestment from fossil fuels

An antidote to toxic risk: the case for total divestment from fossil fuels 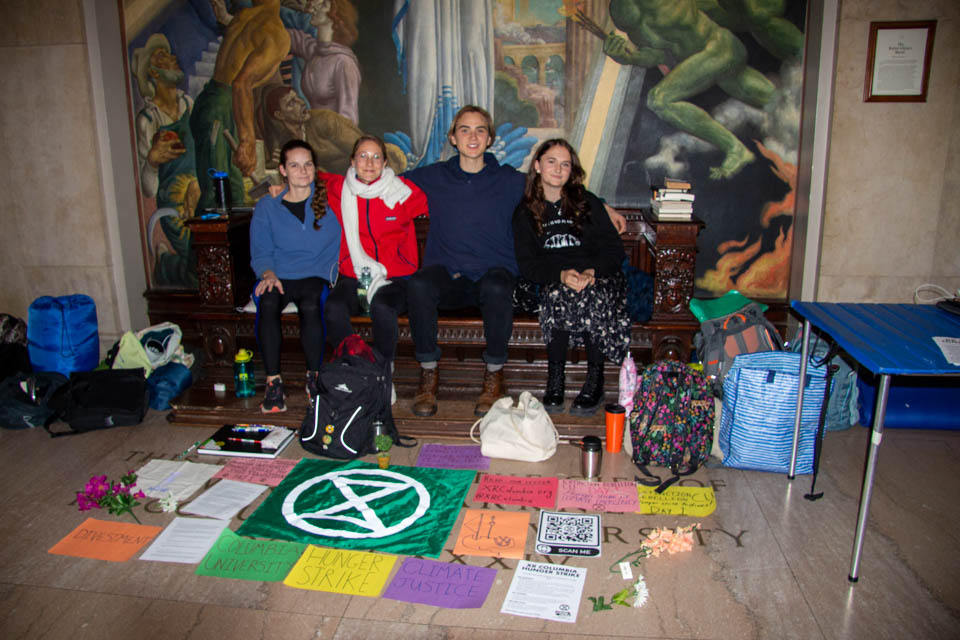 The consensus on climate change is not new—it is happening now, it is caused by humans, and is worse than we ever predicted. Even the Intergovernmental Panel on Climate Change, bound by the inherent conservatism of consensus-based science, predicts three degrees of warming by 2100. For reference, two degrees of warming is what Marshall Islands’ leaders have called “genocide,” as sea-level rise promises to elide not just countless homes and histories, but also cultures, languages, species, and the people that made them. In order to limit warming to “safe” levels, the IPCC calls for “rapid and far-reaching transitions in energy, land, urban, and infrastructure.” And yet, Columbia University continues to devote unknown portions of its $11,000,000,000 endowment to companies that are some of the worst perpetrators of climate misinformation, often with values that are already crumbling due to the overdevelopment of fossil resources.

Continued use of fossil fuels is not just a condemnation of the world’s most vulnerable populations who have done the least to cause anthropogenic climate change, but also an erasure of the world we know as greenhouse gasses fuel the sixth mass extinction, permanently removing fellow species from the universe.

As Michael Gerrard, former Chair of Columbia’s Earth Institute and Founder/Director of Columbia’s Sabin Center for Climate Change Law, has said, “If these companies are losing money (as many of them are), Columbia University should not suffer the losses; if they are making money, Columbia should not share in the profits.” Unfortunately, despite the unambiguous destruction caused by fossil fuel companies, as well as sector-wide losses in fossil fuel investments, the University’s Advisory Committee for Socially Responsible Investments still refuses to recommend that the University divest.

On Wednesday, February 12th, three members of Extinction Rebellion Columbia University, as well as Professor Michael Gerrard, presented the case for divestment to the ACSRI. This time, the Committee was forced to reckon with a new consensus: Fossil fuels are rapidly becoming stranded assets, creating a carbon bubble that threatens to burst if left unchecked, which would cause unprecedented economic destabilization around the world.

As Columbia’s own Adam Tooze, Professor of History and author of Crashed: How a Decade of Financial Crises Has Changed the World, has written, the stranded asset risk in the broader industrial sector reaches 20 trillion dollars. For comparison, the 2008 financial collapse was caused when losses ran “only” to a few hundred billion. In that case, a small minority of investors fully understood the reckless nature of their actions, and yet they chose to continue with repercussions that have permanently scarred the global psyche. Today, holders of fossil fuel investments are equally aware of the risk, and have a brief window of time to acknowledge how this grossly transgresses any notion of “socially responsible investing.”

If Columbia University keeps its money in fossil fuels, it continues to court disaster through the climate denialism that is fossil fuel investment. At this point, even our nation’s staunchest capitalists are calling it the largest crisis they have ever faced and demand immediate long-term planning. Economists, bankers, and investors can no longer dismiss the climate crisis as “just” a humanitarian crisis, or “just” an ecocidal mania. We do not have to wait for superstorms to leave our nations uninsurable, or food shortages to redefine scarcity, because climate change now presents a severe, internal threat to the global economy, and thus the fibers that hold our human societies together—societies that this institution claims to enrich, support, and guide.

Therefore, the members of Extinction Rebellion Columbia University, along with the broad support of our community, demand that the Advisory Committee for Socially Responsible Investing honor its name and its office by recommending that the Trustees immediately implement a plan for total divestment from fossil fuels. The eyes of all future life on this planet look to them now.

Extinction Rebellion Columbia University is presenting the case for divestment on February 12th. Show your support for total divestment from fossil fuels by signing the petition.