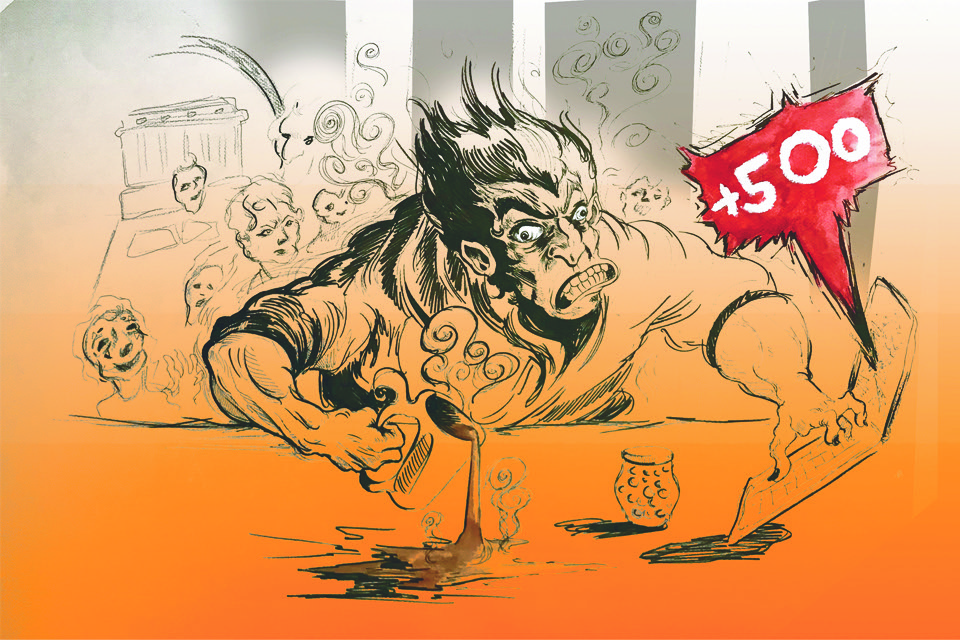 On Thursday night, after continuously refreshing his LinkedIn page for over an hour, Astor received a notification saying that one of his classmates from Contemporary Civilization had accepted his request to connect on LinkedIn. His profile now contained the coveted 500+ connections badge.

“I always dreamed of reaching this milestone but never thought it was possible,” Astor said, using a Goldman Sachs-branded napkin to wipe away his tears of joy. “No one would’ve guessed that an upper-middle-class kid from Westchester could accomplish something historically reserved for upper-class kids from Westchester.”

Astor celebrated his accomplishment on the third floor of Uris with his friends from Alpha Kappa Psi, the most prestigious coeducational business fraternity on Columbia University’s campus. Many of its members had also gone on to obtain 500+ LinkedIn connections, but few had done so as sophomores in college.

“Honestly, the best part of this whole thing has been the community. The other 500+ folks really welcomed me with open arms. It’s like we have this common understanding that networking isn’t just a skill; it’s a way of life,” Astor said.

Astor is particularly looking forward to updating his profile headline to reflect his summer internship plans. His attainment of 500+ connections fortuitously coincided with his acceptance of a summer analyst position from a bulge bracket bank.

Even though he personally couldn’t care less about where his peers were interning, Astor confidently assumes that his decision to pursue sales and trading instead of investment banking will create a splash among his online followers. He plans to write a long and detailed post about his fateful decision to accept this internship offer, including a “thank you” section for the friends of his father who mentored him along the way.

“It’s going to be so much more satisfying telling everyone that I’m an incoming analyst knowing that 500 people are paying attention to my every move,” Astor stated.

Astor also has words of advice for those who may feel that having 500+ connections is an unreachable goal.

When asked whether his LinkedIn aspirations were just a cover for his unfulfilled desires to feel loved and accepted by his real-life community and whether he feels a sense of emptiness now that this “goal” has been met, Astor paused for a moment before answering.

“I do feel a strange emptiness inside...but I think that’s just because I went to John Jay instead of Ferris for dinner.”

Canwen Xu is a senior at Columbia College majoring in political science from Boise, Idaho. You may have spotted her at a Goldman Sachs networking event last semester, but she swears she was just there for the free food. When she’s not writing autobiographical articles, she enjoys flaking on plans to watch Netflix in her dorm room. Canwen can be reached at cx2189@columbia.edu or via Instagram, Twitter, and of course, LinkedIn. Her column, The Retired Sellout, runs alternate Wednesdays.