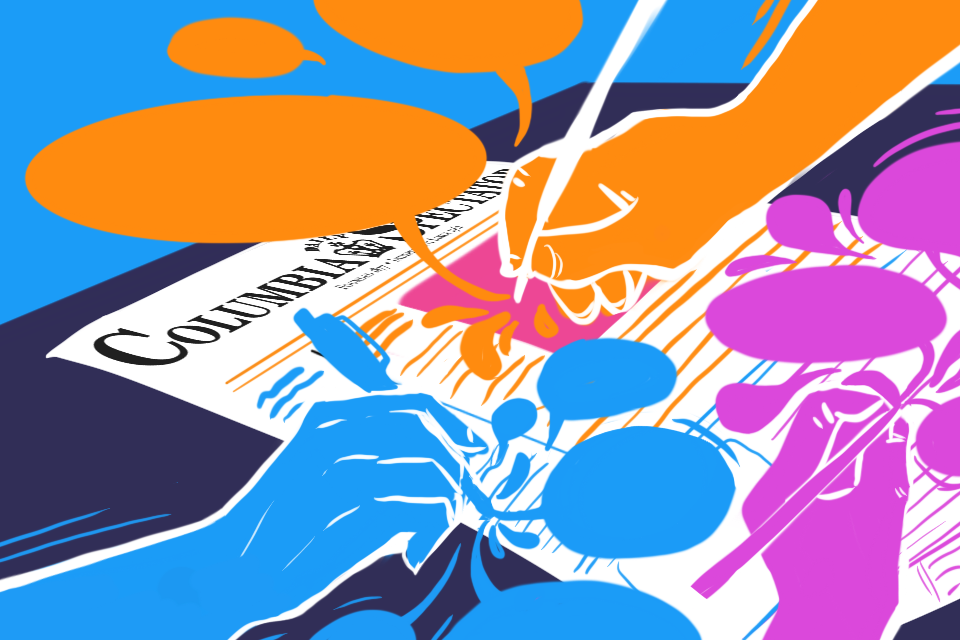 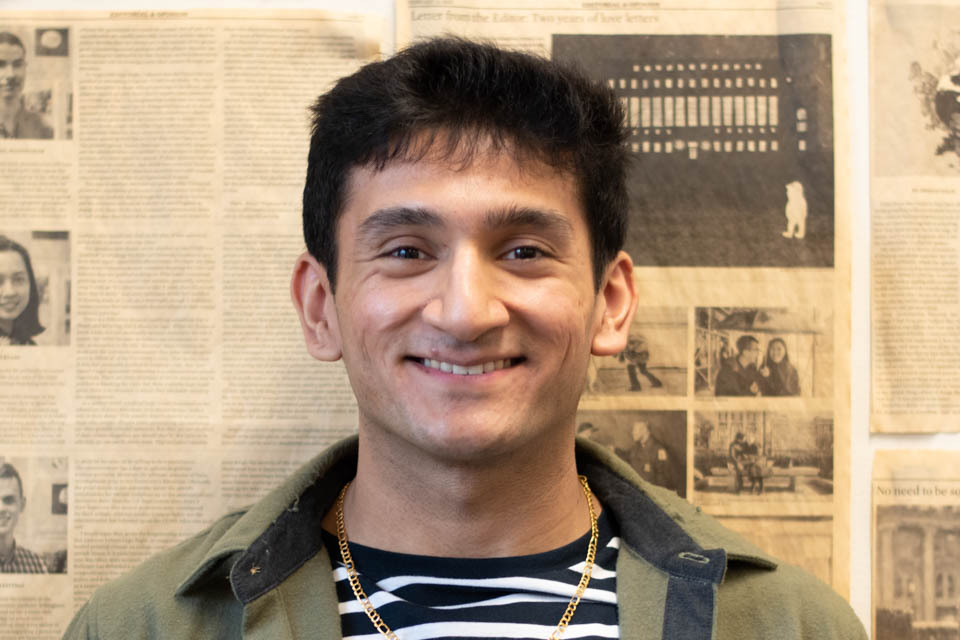 Prem Thakker is a junior in Columbia College studying history, hailing from Grand Forks, North Dakota. If you would like to hang out, he’d love to take a walk in Morningside Park, share a meal at a dining hall, or toss a Frisbee with you. You can also find him on Twitter @prem_thakker. His column, Colon, Closed Parentheses, runs alternate Mondays. 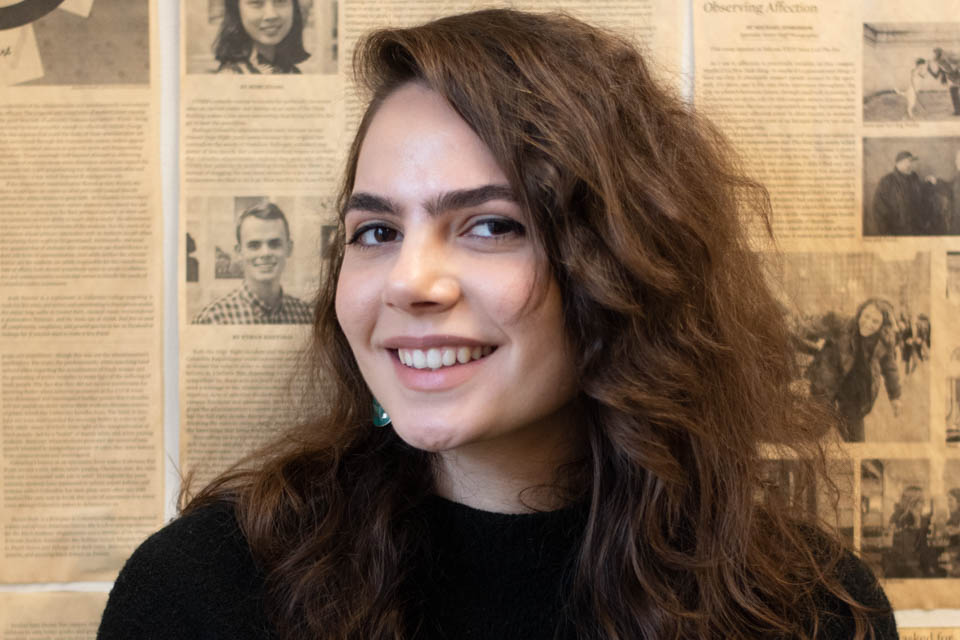 Rasha Biary is a senior at Barnard College, majoring in economics with a minor in chemistry (aka a former premed who took too long to escape). She’s taken enough Middle Eastern studies classes that she might as well declare a second minor. Her name is pronounced like “Russia.” If you make a joke about her name sounding like the country, you are not unique or special. She hears this joke about four times a week. She is always singing, but usually only one-liners from a song on repeat. She expresses love by sending you memes and giving hugs. Send memes (please) at rb3236@barnard.edu. Her column, Shot of Espresso, runs alternate Tuesdays. 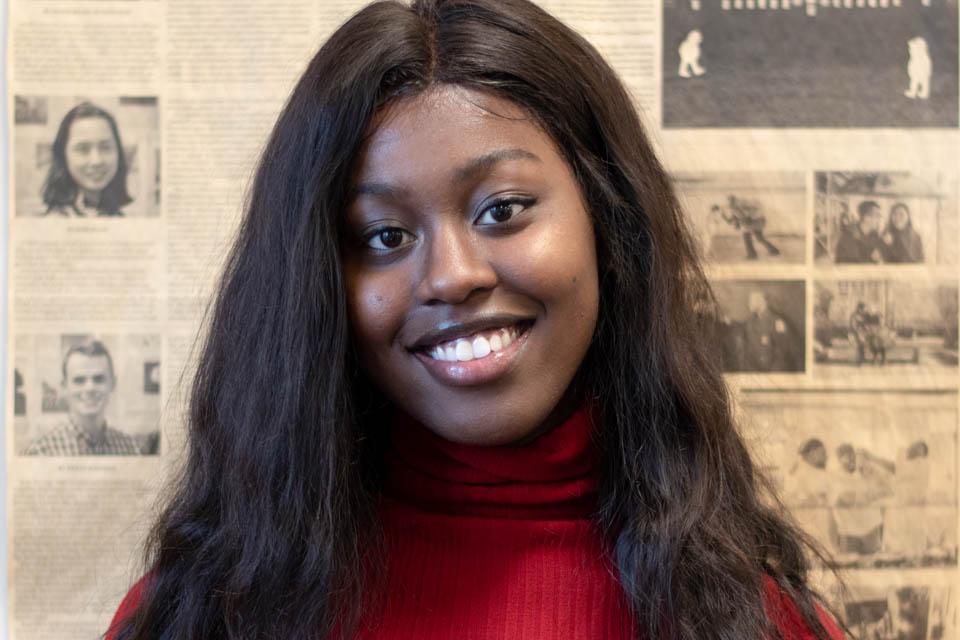 Kwolanne Felix is an ambitious student organizer, history lover, and Passion Planner enthusiast. As a sophomore at Columbia College, she lives at the intersections of sexual identity, gender, race, immigration status, and class. She studies history, exploring the African diaspora, and is a research assistant in the political science department looking at the LGBTQ community. She is the gender and sexuality representative on Columbia College Student Council and loves annoying administrators with new policies while advocating for marginalized students. Grab a chair and take a sip of Intersectionali-Tea, which runs alternate Wednesdays. 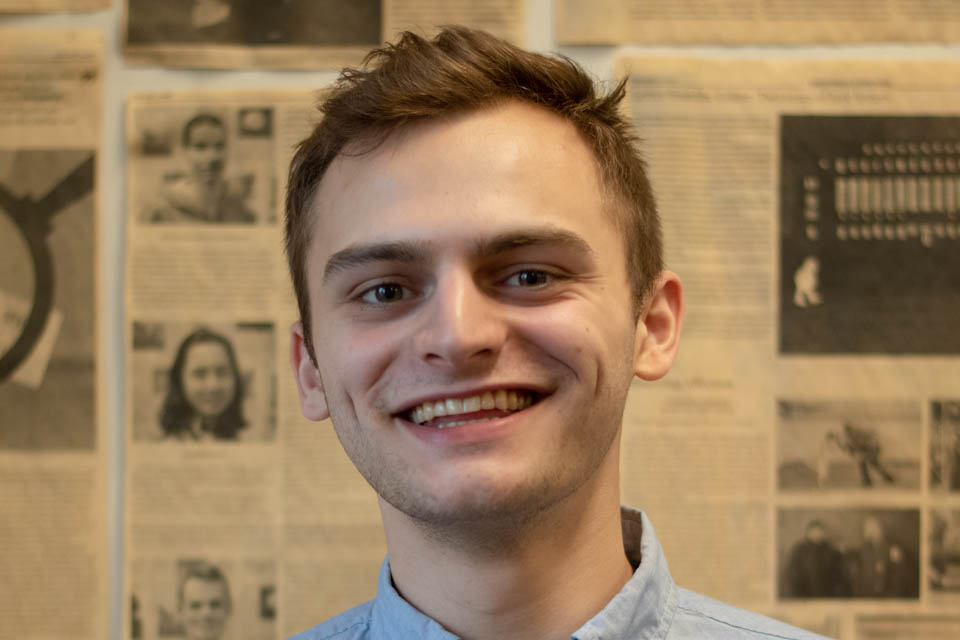 Teddy Michaels is a junior in Columbia College majoring in biology and anthropology. Originally from western Massachusetts, he grew up raising cows, chickens, and bees. On campus, he volunteers as an EMT, works in a neurodevelopment lab, teaches synthetic biology to high schoolers, and spreads brotherly love at Sigma Nu. He adores dog memes and jazz music. Take a few minutes to read his column, Minded Moment, which runs alternate Thursdays. 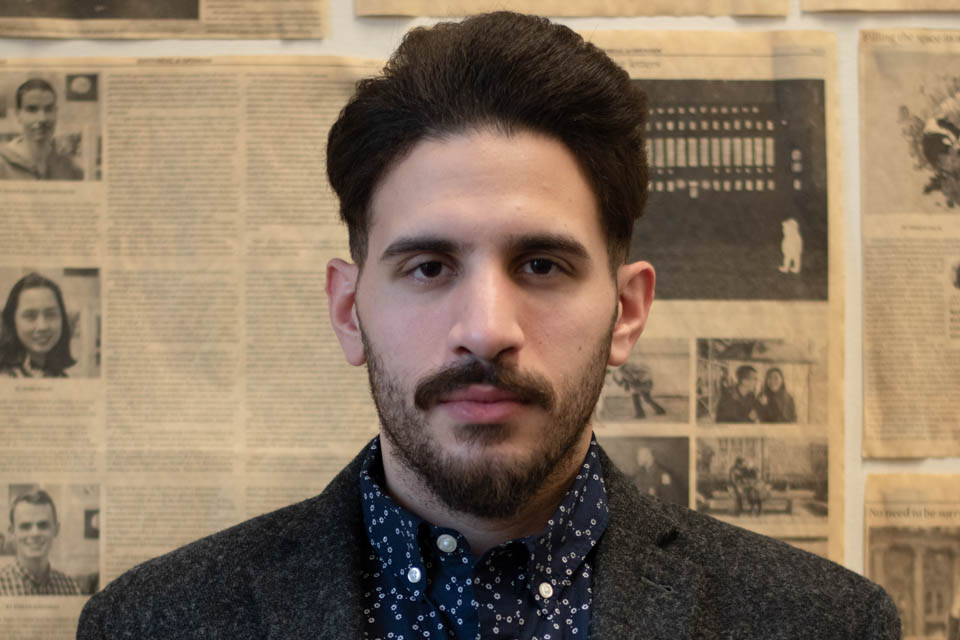 Mohammad Salhut is a first-year MBA/MIA dual-degree candidate at Columbia Business School and Columbia’s School of International and Public Affairs. He wrote sporadically for the Yale Daily News when he was an undergraduate at Yale, but is more interested in engaging in intellectual discourse and exploring Columbia’s communal presence in Morningside Heights and Manhattan. A son of New York City, he does not understand people who “just pay” parking tickets and has developed a lifelong love-hate relationship with the 1 train. On campus, he is a member of the Israel Business Association and maintains a nascent interest in writing poetry. He enjoys walking aimlessly more than the average millennial and encourages you to reach out to join him on a walk if you want to criticize his writing. Otherwise, you can contact him at mohammad.salhut@columbia.edu. His column, The Native, runs alternate Fridays. 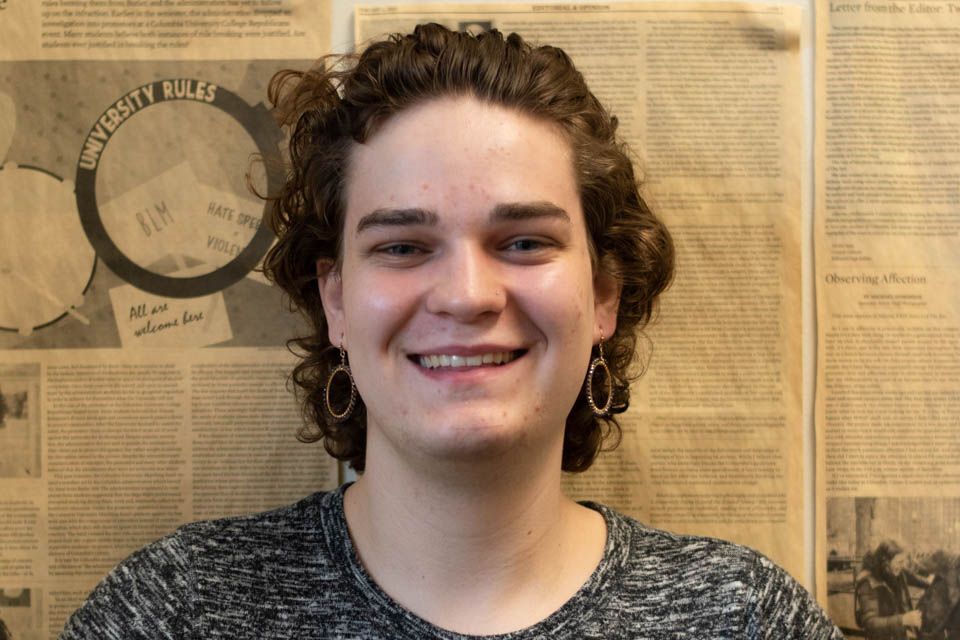 Nat Kempf (they/them/theirs) is a junior and first-generation college student from Columbia, Missouri studying at Columbia College. They are currently majoring in economics-political science, but friends tell them they should switch to double majoring in political science and human rights with a specialization in economics. They are seriously making this major switch as a senior because they are crazy, would rather not take another econ class, and care more about non-profits than investment banking. If you’d like to discuss gender with a real-life not cis person, you can email them at njk2137@columbia.edu. Their column, Gender Troubles, runs alternate Mondays. 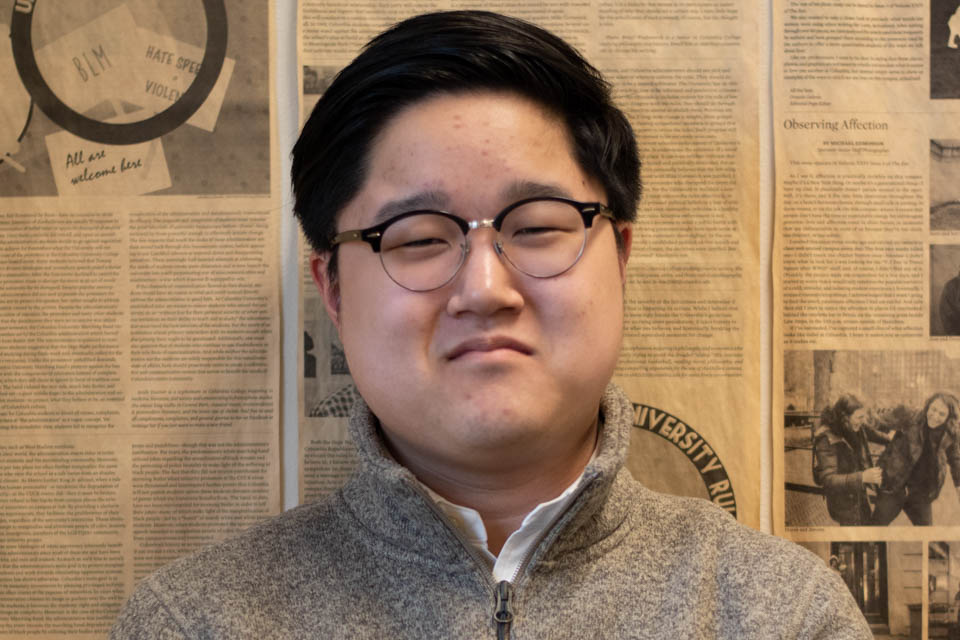 Philip Jang is a junior majoring in mathematics-statistics and concentrating in economics at Columbia College. He is usually found frantically finishing problem sets in Butler, waiting for curly fries in JJ’s Place, or running around Midtown for one reason or another. On campus, he is a junior editor for the Columbia Economics Review, a programming officer in the Korean Student Association, and a contributor for Columbia Undergraduate Law Review. His column, Kimchi Fridge, runs alternate Tuesdays. 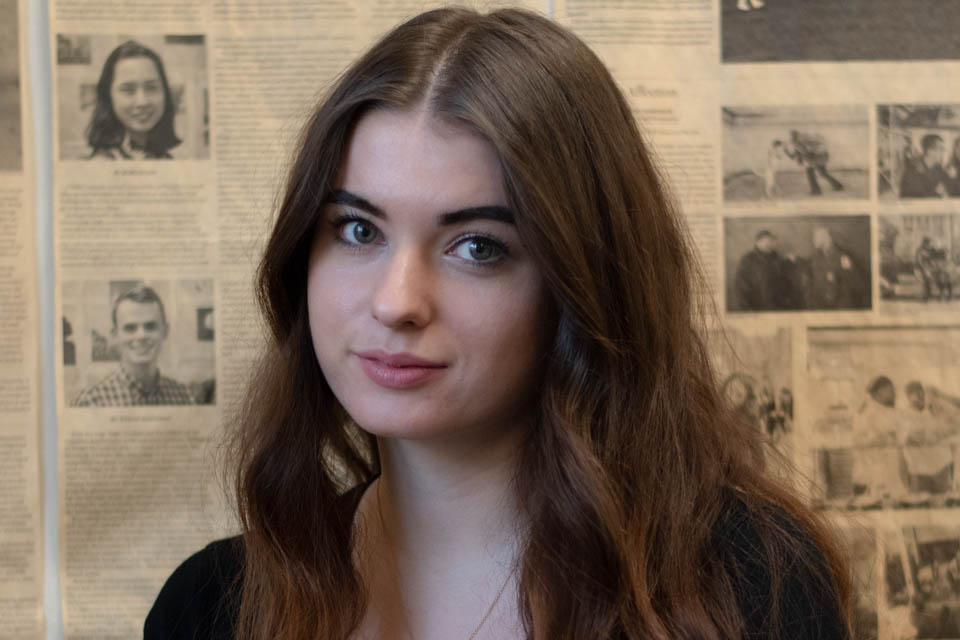 Natalia Queenan is a senior in Barnard College double majoring in neuroscience and English, which means she’s probably psychoanalyzing you right now. She swears by to-do lists and frequently tears up in the presence of animals, small humans, and particularly cute aliens. Her ultimate goal is to take care of everyone, all the time, but for now, she’ll settle for writing about wellness on campus. She strongly believes in the power of small magic—long walks or short runs, sunlit parks, and hot cups of tea. You can probably find her in the kitchen, pushing her latest recipe onto her friends and giving unsolicited advice. Check out the latest concoction on her Instagram story (@natalia.queenan), or send her your favorite recipe and snippets of your internal monologue at nsq2001@barnard.edu. Her column, Sugar, Spice, and Amateur Advice, runs alternate Wednesdays. 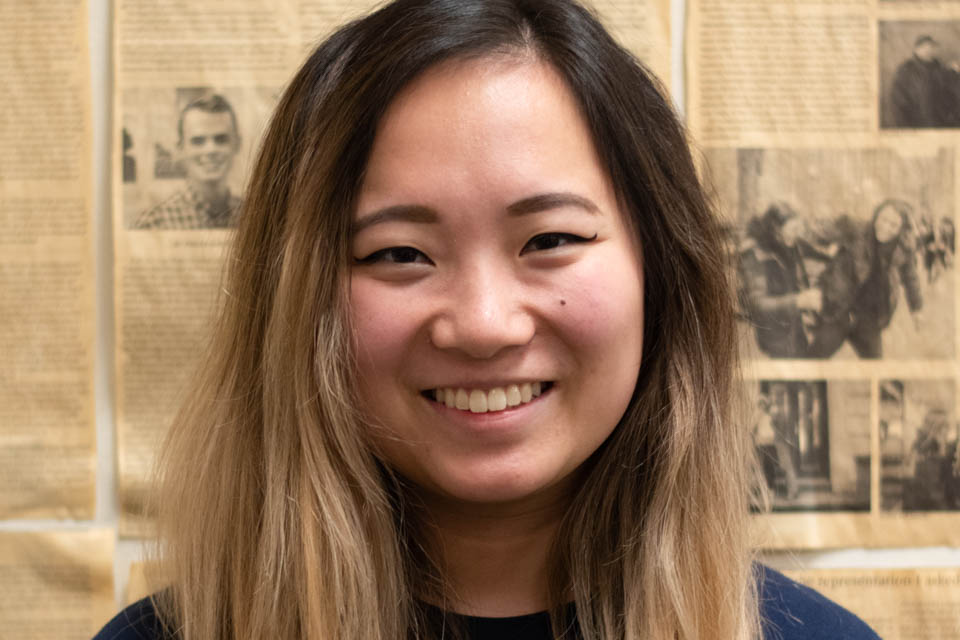 Canwen Xu is a senior in Columbia College studying political science and computer science. She is often described by her friends (and foes) as a walking meme, and for good reason; she interned in finance for two summers before reverse selling-out to Teach For America, she is a Columbia College student who didn’t eat in Diana until spring of junior year, and she is from Idaho but isn’t white. In her free time, she enjoys skiing, learning Portuguese, and watching movies. Her column, The Retired Sellout, runs alternate Wednesdays. 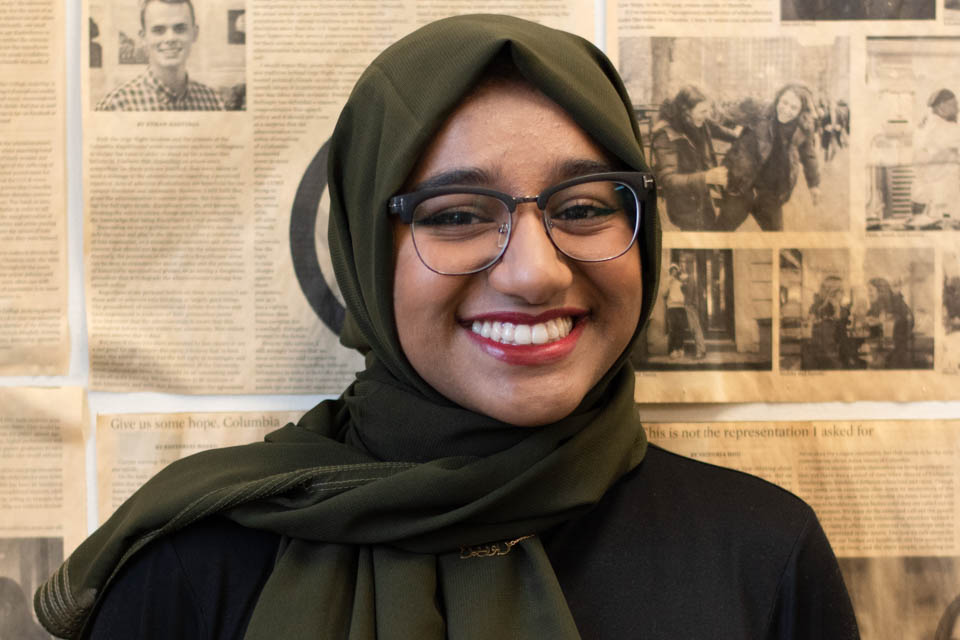 Zawareen Zakaria is a third-year senior at Barnard College majoring in urban studies with a specialization in religion. A Queens native (who will 12/10 will call you out if you put NYC in your bio if you’re not from any of the five boroughs), she is enamored with the stories that the city offers through its constant flow of people and hopes to capture the stories around her, one structure at a time. Going to Catholic school and then Barnard has taught her that legacies are created throughout a lifetime of action, not moments. She hopes that through her writing she can turn 100 bad days into 100 good stories and make at least one person smile because that is all she has ever wanted. This is Not a Swan Song runs alternate Thursdays, so AJR, if you’re reading this, please respond to this and come hang out. 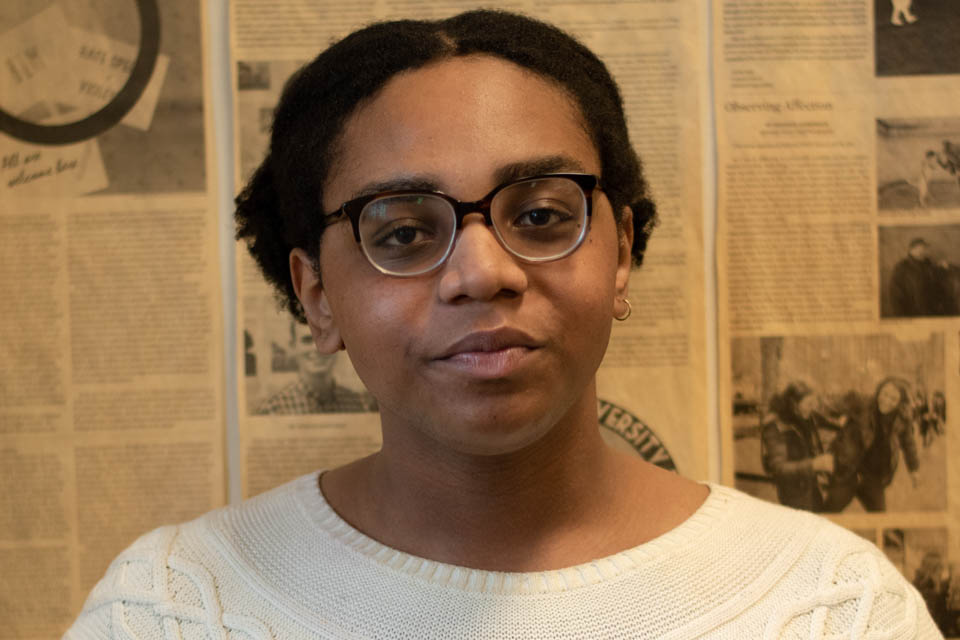 Sabina Jones is a senior in Columbia College studying English, comparative literature, and Hispanic studies. She’s ready to graduate and disappear into the ether. She’s from Georgia, hates New York, and looking to move anywhere after graduation. Her dream job is being Adam Driver’s second wife and living in one of the period room recreations at the Brooklyn Museum. Her column, Transatlantic Trade, runs alternate Fridays.