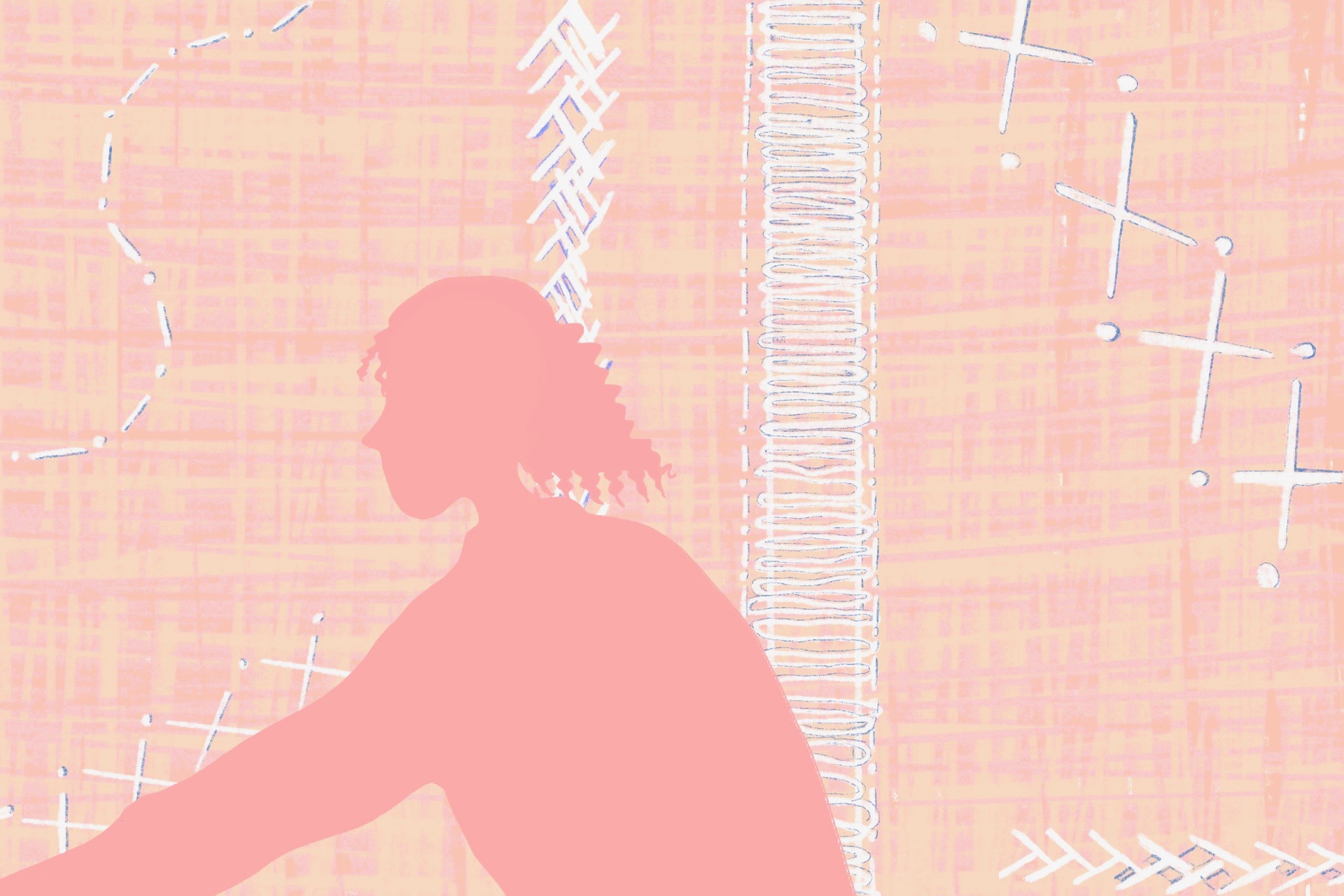 “Now I realize that her anger was a result of her own demons,” writes Nat Kempf in their second column, “caused by her own even rougher upbringing.”

For the past few weeks, I’ve had a constant middle school flashback replaying in my head alongside the 2012 hit song “Just Give Me a Reason” by P!nk. I don’t really know how this earworm wiggled into my head, but I think I know why the sentimental ballad has been difficult to shake: It makes me think of my mom, which is likely the last person most people would think of after hearing a romantic duet longing for a doomed relationship. Yet, the gender-affirming therapy I’ve begun at Counseling and Psychological Services has unintentionally led me to understand my relationship with my mother in terms of this modern pop song.

A few months back, I told my therapist at CPS one of my most difficult memories. I was a young teen—just beginning to feel there was something “different” about my gender identity—when my mom responded to a comment I made about Taylor Swift-related news with, “Well, at least she didn’t say she was a man now.”

Hearing my mom casually toss out that needless, transphobic remark stung even when I was less sure of my own identity than I am now. I was taken aback and hurt, but lacking a strong sense of self at the time, I didn’t know what to say in the moment. After sharing this memory for the first time at CPS, I realized I could have simply sung a verse of “Just Give Me a Reason” to express my emotions to my mom: “I’m sorry I don’t understand / Where all of this is coming from / I thought that we were fine.”

Therapy has helped me realize that my childhood relationship with my mom, which I always thought was complicated but probably normal, was less “fine” than I thought. When I was a child, my mom was a big screamer—the type of person who lets out a disproportionately angry yell whenever they experience a minor inconvenience. As her child, I had no choice but to accept the burden of her anger.

I would cry whenever my mom left for her weekend graveyard shifts as a nurse at the local hospital—or at least, that’s what I’ve been told. My first memories of my mom, however, are of celebrating her departure while in pre-K, as it meant that I was finally free from the constant fear of waking her up from daytime naps and invoking her excessive wrath. That contradiction of tearful attachment and celebrative freedom persisted. I often tried to win consistent approval from her, only to be rewarded with an uneasy mix of screaming and inconsistent care. My tender dad tried to protect me from her outbursts, reframing them as “her complicated way of showing love.” But after recognizing the rough tension, I found my own pain repeatedly described by others online.

“Right from the start / You were a thief; you stole my heart / And I your willing victim.”

Recently, I’ve found myself thinking the unproductive—yet likely accurate—thought that my mom’s attitude caused me to remain in denial about my gender identity far longer than I should have. In my precocious naïveté, I always assumed my mom’s aggressive behavior was reasonably motivated, bent on making me a better person through tough love. As a result, I unknowingly allowed her worst opinions to pierce my inner person. Now I realize that her anger was a result of her own demons, caused by her own even rougher upbringing. I wish she, or my amazing but overworked father, had just given me that reason when I was a child so I knew not to take her worst moments so seriously, but I understand the temptation to portray an alternative, shame-free life.

A friend of mine here at Barnumbia theorized that we were all, for lack of a better word, “scarred” to various degrees by our parents’ failures mixed with our own youthful lack of self-awareness and inability to cipher out the good from the bad. While it’s an idea that lacks novelty—I sense serious Freudian undertones—it’s an idea that I know I personally resonate with, and an understanding that I feel might also be particularly resonant on a campus like ours, where many students may have grown up with an unceasing parental pressure to be their version of “perfect.”

In light of the new stressors and academically competitive environment of Barnumbia, I know many students, like myself, feel alienated or unworthy. For me, by reflecting on my relationship with my mother, I’ve found validation in the form of the articles I linked above; I’ve fought off the clutches of low self-esteem by creating my own definition of happiness linked less with my grades or parents and more with my personal growth. College—the first opportunity for most of us to be away from our parents for longer than a summer camp or two—may be the first time in our lives that we can reflectively heal and form our own identities away from their watchful eyes. Like P!nk’s chorus fading into the end of her song, “We’re not broken just bent, and we can learn to love again.”

Nat is excited to hear that Gender Rev is back and will be at the first meeting this week! Queer and have mommy issues (or just want to dish)? Nat’s available at njk2137@columbia.edu. Their column Gender Troubles runs on alternate Mondays.