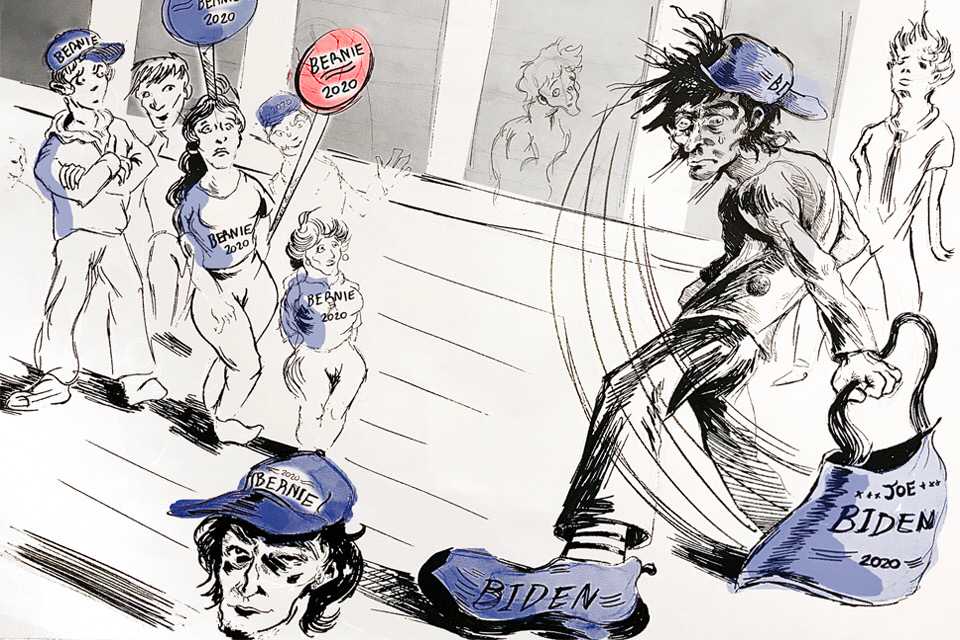 Destiny Stevens can’t pinpoint the exact moment she knew she was different from her radically liberal friends, but she says the signs had always been there. While her classmates began experimenting with liberal ideas like canceling student debt and eliminating private insurance, Stevens harbored scandalous thoughts about working within institutions instead of dismantling them.

“Don’t get me wrong, I liked progressive candidates, but I just wasn’t into them in that way. It’s not a choice; it’s who I am,” she said.

Stevens’ coming out journey was certainly not an easy one. As a student at Columbia and native of the Bay Area, Stevens was afraid she would get canceled for her political views. It didn’t help that her parents are UC Berkeley alumni who had always wanted a daughter to tweet insults at Ann Coulter with them. But when Pete Buttigieg, Amy Klobuchar, and Mike Bloomberg dropped out of the presidential primaries, her agony was so intense that she could no longer hide who she truly was.

“Mom, Dad, you know how I have that Mayor Pete poster in my room? It wasn’t because I suddenly developed an affinity for the contemporary history of South Bend, Indiana. It’s because I liked Pete as more than just a mayor. I liked him as … my president.”

To Stevens’ surprise, her mom was not at all surprised.

“Honey, your dad and I have suspected this for a while. To be honest, we always thought you had a little less moral conviction than your sister.”

Fortunately, Stevens has found solace among other moderates on campus, such as all of the economics majors at Barnard. She has gone on to work with other moderates to normalize centrist political views and destigmatize the “fiscally conservative, socially liberal” label on campus. However, she still feels uncomfortable with Public Displays of Advocacy. For instance, she doesn’t carry her Joe Biden tote bag publicly for fear of the wrath of the Bernie Bros. But she hopes that someday this will change.