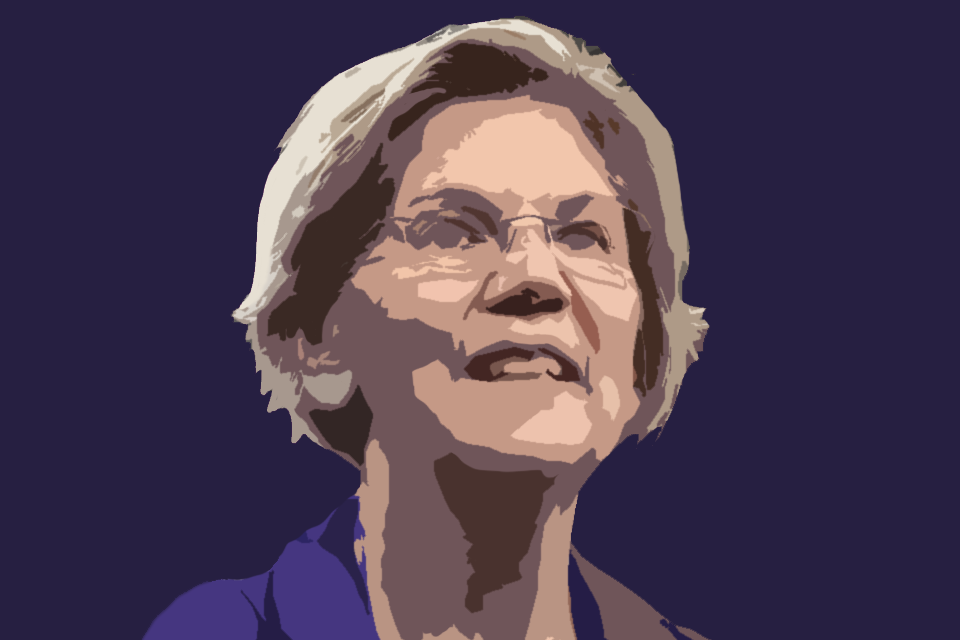 I’m so tired. Last Thursday, after just over a year of intense campaigning, Elizabeth Warren announced her withdrawal from the 2020 Democratic primary. The only remaining major candidates are Joe Biden and Bernie Sanders, who are both men.

The word “electability” has haunted me from the very beginning of this race. The New York Times published an article in July 2019 highlighting the problematic nature of asking the question that no one wants to ask: Can a woman be elected president? Personally, I could create a long list of why asking this question isn’t the slightest bit productive, but I’ll offer a more succinct response instead.

Why can’t we elect a woman?

Apparently, they’re unelectable. At least that’s the narrative we’ve been fed, and with the 2016 election results, it has been easy to swallow it. America is now scarred from the past three orange-tinted years, and it has been easy to blame the results of the last presidential election on Hillary Rodham Clinton herself, by claiming she was unlikeable, a subject about which a book was literally written. In hindsight, it seems as if Clinton’s unlikeable nature became synonymous with un-electability, as the rhetoric of electability now dominates the political sphere.

However, a lot of us forget that Clinton won the popular vote. She was electable.

Last year, I saw a Broadway play called “Hillary and Clinton”, focusing on Hillary Clinton’s 2008 Democratic primary run against Barack Obama. During the play, Hillary, played by Laurie Metcalf, struggled to make tough decisions in a New Hampshire hotel room while her husband, and former President of the United States, Bill Clinton, played by John Lithgow, stumbled around the stage beside her, eating pizza out of the box in a disheveled outfit, and describing his constant interactions with fans. The play tragically but comically juxtaposed Bill’s candidness and Hillary’s real-life reputation of being too “unrelaxed”, “fake,” and even a “bitch.” And while it is important to understand that Hillary Clinton and Elizabeth Warren are two different people, as women, they have often been scrutinized in the same way by the public.

We set up impossible standards for women and then shame them when they try to meet them.

After my first-choice candidate, Kamala Harris dropped out in December, it took me a while to decide whose campaign to support. Finally, with the reassurance of the New York Times’ January endorsement of Elizabeth Warren as the “progressive” candidate and Amy Klobuchar as the “Democratic center” candidate, I was ready to join a team again. I was ready to fight for Warren’s campaign.

The following week, a male friend and fellow Ivy League student told me that he believed the New York Times’ double endorsement was “pandering” to the readers. Knowing that he considered himself a progressive voter, and a feminist, it hurt deeply to see the myth of un-electability reveal itself in him. To me, this was misogyny at its worst—believing that not only had the New York Times endorsed two women facetiously, but that they had done it as a kind of virtue signaling, showing that women are, in fact, electable. But women, along with other less represented groups, are not mere token leaders.

I didn’t choose my candidates because they are women. I chose them because they were the best options. During the midterms, I have heard my peers remark daily about the importance of just voting for the candidate who is able to beat Trump. Even friends from Warren’s home state of Massachusetts expressed to me their apprehensions about voting for her. It may have been this skepticism that cost Warren her home state in the Massachusetts primary, where she came in third place, behind Biden and Sanders.

College students have an extremely important role in aiding feminism. We are the ones who create protests, form student groups and encourage our friends to vote. As future leaders, our voices will soon be some of the loudest in the room. Those of us graduating from prestigious schools like Columbia might have a particular privilege when it comes to the workplace or the civic sphere. Our voices will undoubtedly be heard so it is important that they advocate for female leaders.

Women didn’t win this round. However, the great thing about the United States is that the elections don’t end with the presidential race. You can vote for female candidates in every office: from school board to congress. Hire women, let women speak. Check in with your female friends. This hurts all of us, whether or not you were supporting Warren. In the future, we need to come together to lift women up and recognize that the myth of “electability” doesn’t help anyone.

Alexis Nikolia Buncich is a junior in Columbia College studying English. She’s your Facebook friend who is constantly posting about registering to vote and is currently listening to “The Man” by Taylor Swift.