Discourse and Debate: Who should lead conversations surrounding identity-based discrimination?

Discourse and Debate: Who should lead conversations surrounding identity-based discrimination? 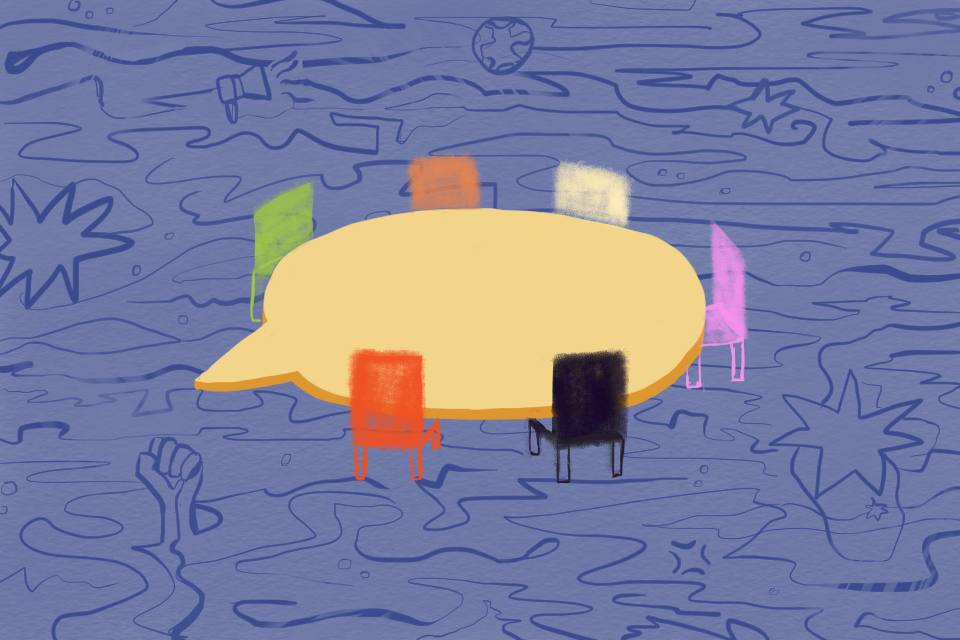 This Discourse and Debate package was scheduled to be released before the COVID-19 pandemic significantly altered campus life.

In the wake of recent identity-based hate crime incidents at Columbia, from swastikas in East Campus to anti-Chinese sentiments in Butler, tensions are high on campus and some students and administration aim to address these issues in productive ways. How should we as a community approach controversial conversations surrounding identity-based discrimination, and who should take the lead in the discussion? 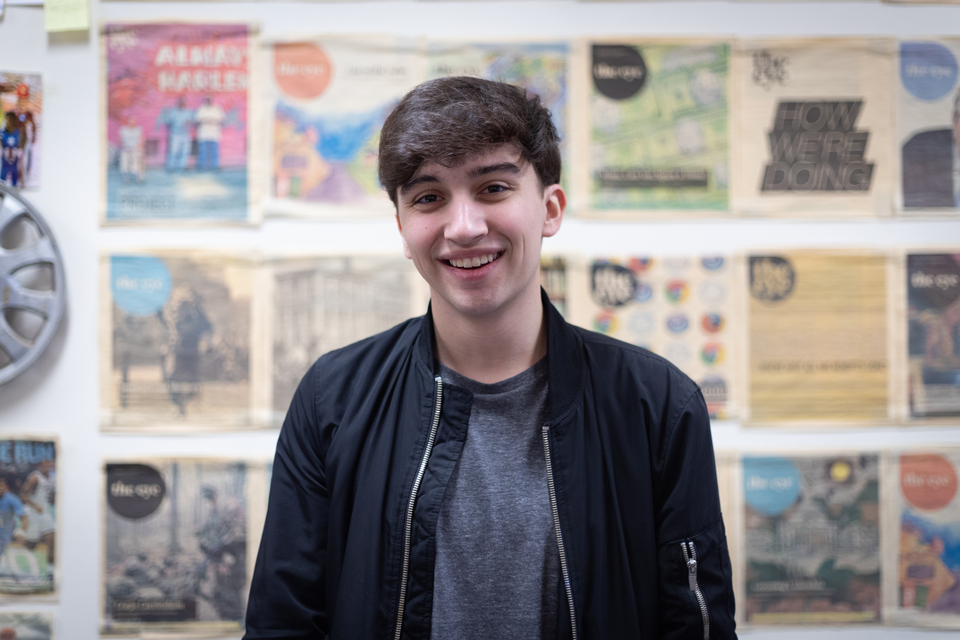 The recent swastika graffiti in East Campus is an act of hate and discrimination. Yet, let’s think about why these few lines hold so much weight. Columbia is often quick to attack hate speech in an attempt to limit bigotry. However, our disgust with symbols like these may be misdirected at expressions of anti-Semitism, not anti-Semitism itself. There is a misdiagnosis of the issue: Symbols like swastikas derive from anti-Semitism, but anti-Semitism does not stem from swastikas.

The pink triangle, once associated with Nazi discrimination of homosexuals, transformed into a prominent emblem of AIDS activism after the ACT UP “Silence=Death” campaign. This example illustrates that the most effective method of removing offensive Nazi symbols involves public advocacy, not confidential silencing. The phrase “Silence=Death” couldn’t be more topical; censorship in the face of oppression is destructive.

Our campus is an echo chamber because we aim to vanish problematic viewpoints. However, suppression is not eradication. Hiding the issue does not address the root causes of these anti-Semitic sentiments. Instead, it empirically worsens the issue by forcing hate groups underground, minimizing an ability to regulate them.

Rather than embracing silence and “safety,” Columbia needs a movement toward counterspeech by debating harmful speech. Education shouldn’t be comfortable. Otherwise, we lose the ability to defend our ethical beliefs and attack the bad ones, a vital skill for fighting injustice beyond classroom walls.

We ought to proactively empower ourselves by expanding our discussions. Inviting controversial speakers to campus engages students in productive dialogue that disavows hateful stances and provides the educational experience of defending our views. We may even find common ground with those we’ve depicted as antithetical to our beliefs. Too often, we believe that anyone who disagrees with us is insusceptible to reason and persuasion, that their beliefs are unwavering and immovably false. However, people like Daryl Davis, a Black man who persuaded 200 people to leave the KKK, fervently disproves this sentiment.

Anti-Semites’ goals are to persecute. Limiting discussions around injurious swastikas to promote “safety” only communicates that swastikas are effective. Columbia’s decision to remove the swastika was right for the wrong reasons; we need to address hate not through silencing it, but vocally dismantling it. We must speak up, not shut up. And for our voices to make a difference, we need everyone to be at the table, including the bad guys. 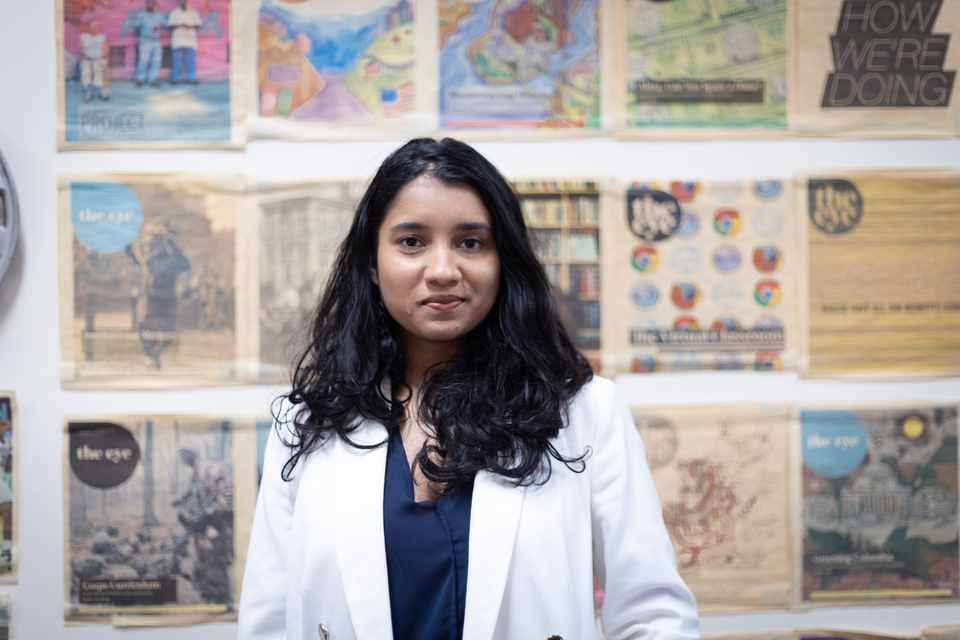 As individuals living in a mostly democratic society, we have the right to express our opinions and voices. Perhaps the single most important thing that comes out of our democracy is the right to dissent and to make our voices heard.

Yet, what should be the extent of democratic dissent? Should those who so vehemently deny others the right to exist and live a free life be extended the same courtesy of free speech? Would these individuals even tolerate the voices of those they openly eschew? As much as I believe people deserve second chances, violent thought and behavior—hate—is inexcusable. Institutions of higher learning should not endorse or call on those who support racist, fascist, and discriminatory ideologies—if they do, they alienate those who have been historically targeted by these ideologies.

Recently, Delhi erupted in protest from its fascist and Islamophobic bubble, showing its inevitable similarities to other pogroms. If Columbia were to invite the leaders of this political party to espouse their policies, vulnerable student groups on campus would undergo an enormous amount of psychological harm and stress. Even as I write this, coronavirus has caused xenophobia to resurface on campus through the incidents in East Campus. A direct dialogue between the perpetrators of such xenophobia and those affected by it is not the only way ahead.

An official platform at an elite academic institution can be seen as an endorsement. This threatens minorities and other vulnerable groups on campus. In addition to our extremely stressful and competitive academic environment, being expected to engage with and endure discrimination is the last thing students need.

I do believe that in a democracy, everyone should engage with and challenge each other’s opinions. However, providing a platform for symbols and ideologies of discrimination does not move the discussion forward—it negatively emboldens some and angers others, but most importantly, it imparts a sense of insensitivity towards those who have suffered generations of tremendous repression and violence.

Sayali Nagwekar is a first-year master’s student at the Graduate School of Arts and Sciences, studying quantitative social science. 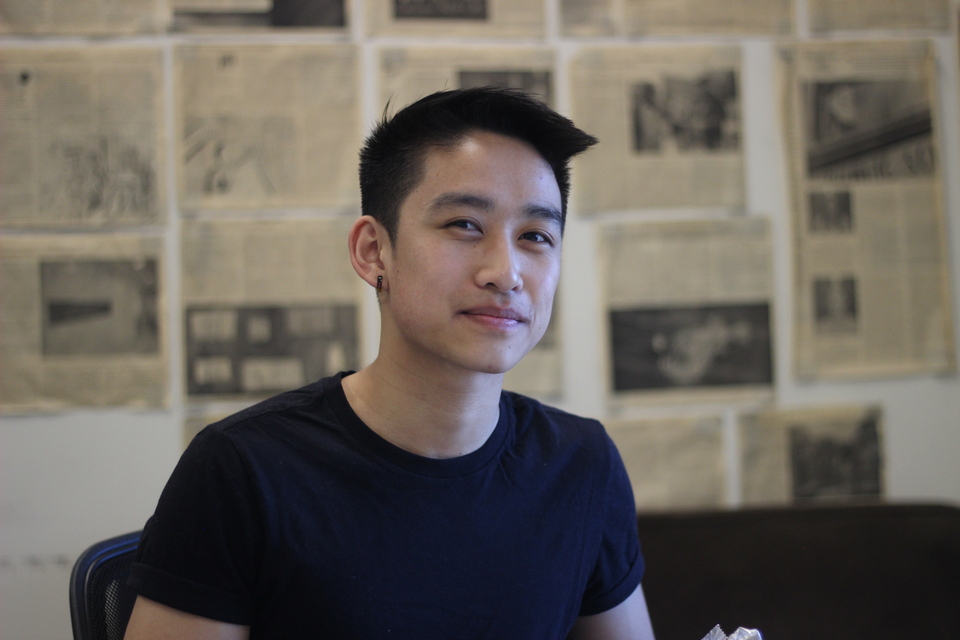 The recent burning of Asian students’ door tags in East Campus and the anti-Chinese message written on a Butler blackboard are just two reminders of the entrenched identity-based discrimination that certain communities at Columbia experience on a regular basis. Columbia has never been an entirely safe nor comfortable space for marginalized communities on campus. The viewpoints physically manifested in these xenophobic messages shouldn’t be normalized as just any other opinion about a political issue—instead, they represent more fundamental ideological stances on the right of certain groups to even exist and take up space in this country and on this campus.

The groups most affected by these manifestations of discrimination have already taken the lead on discussions surrounding prejudice and hate, challenging anti-Asian bias in the community. For instance, the Chinese Students Club recently released a statement against racism and xenophobia.

However, another conversation must be raised regarding whose responsibility it is to most directly and consistently engage and debate with hateful and bigoted views. This responsibility shouldn’t have to be shouldered by the very people that these viewpoints target. Rather, it is the responsibility of allies to do this work—to not let problematic statements or actions go unchallenged, to explain to their racist or homophobic friends why their opinions are wrong, to debunk their families’ xenophobic beliefs when they inevitably arise.

Current events remind me that almost all of us can do better on this front, particularly within a student body that constantly strives to lay claim to the aesthetics of progressive politics. As an Asian student, I haven’t really seen any of my white friends denounce anti-Asian racism, question the administration about why it took so long to notify residents of the incidents in East Campus, or even press the share button on a social media post critiquing xenophobic sentiment. Instead, it seems that nearly all of that work has been done by Asian students themselves and other students of color.

The exhausting experience of having to deal with micro- and macro-aggressions while also attempting to stay on top of schoolwork, extracurriculars, jobs, and social life is fairly common for students with marginalized identities here. But when we speak up, we shouldn’t have to speak up alone.

Brandon Shi is a sophomore in Columbia College majoring in economics-political science and concentrating in ethnicity and race studies. 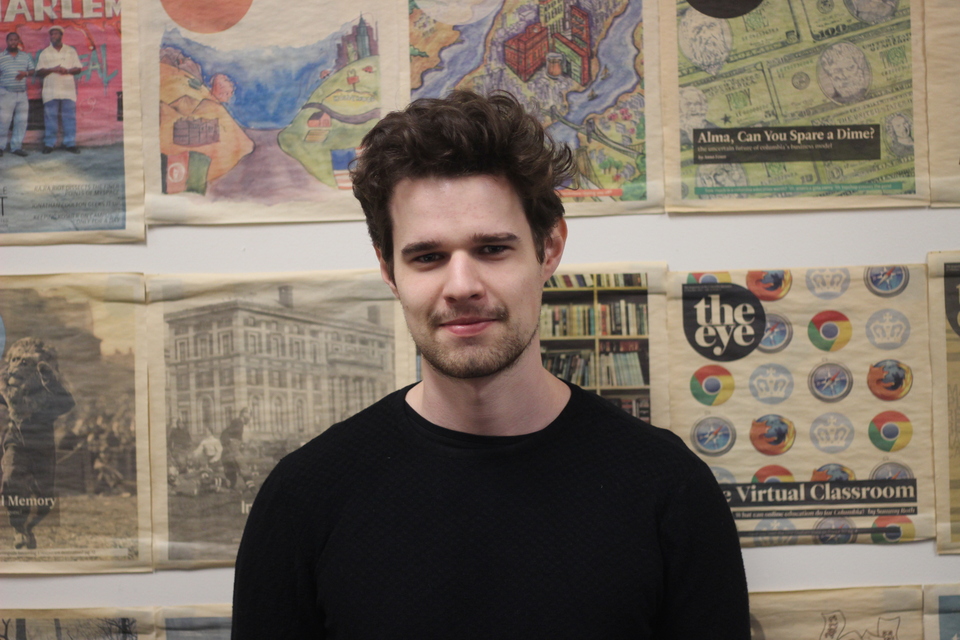 Below, barbed wire. Above, watchtowers. And in between, a quote by the author James Baldwin: “I can’t believe what you say, because I see what you do.”

A year ago, I gazed up at these words graffitied onto the wall separating the West Bank from the outskirts of Jerusalem. That morning I’d seen t-shirts printed with the message: “Moses Loves Guns.” By dusk, I sat at the back of a bus, looking up at the barrel of an eighteen-year-old IDF soldier’s M16.

Before these experiences, I viewed the Israeli-Palestinian conflict as an abstract, theoretical issue. Afterward, I couldn’t separate this discourse from what I simply witnessed with my own eyes: stringent military surveillance of civilian life to enforce segregation, policies labeled as apartheid by the U.N Economic and Social Commission for Western Asia.

I understand why many of my peers are critical of Students for Justice in Palestine for their want to boycott divestment; sanction the boycott, divestment, and sanctions movement; and refusal to participate in joint events with Students Supporting Israel, a Zionist organization on campus.

Some see their refusal to participate in formal discourse as antithetical to progress. Yet, this argument protecting formal discourse has been used to justify conversations that allow discrimination to occur, including conversations with language promoting hate-crimes and inter-faith violence. However, implicit in Baldwin’s words is a warning: Our discourse often masks the impact our actions have on human lives.

One of the main reasons why the asymmetry in power between the Israeli military and Palestinian civilians remains an issue of theoretical discourse is because the vast majority of these civilians lack the freedom of movement to advocate for themselves in Morningside Heights; the same cannot be said for Zionist student groups such as SSI.

This is why I support SJP’s stance towards SSI, a group promoting Israel as an indigenous rights movement, going so far as to create posters likening the indignity of Israeli settlers to Native Americans, Africans, and Palestinians.

Such comparisons are a departure from historical fact – a necessary aspect of any political dialogue – and show a blatant disregard for any Palestinian claim to self-determination. As Columbia Professor Gil Hochberg writes, such images mask the recent history of settler colonialism in the West Bank with appeals to nativism.

From Mahatma Gandhi to Martin Luther King Jr., non-cooperation has always been the recourse of groups who are denied the rights to self-rule and self-express. These leaders rightfully recognized formal discourse as the luxury of heard suffering. SJP is only following suit.

Jacob Mazzarella is a political science major in the School of General Studies.