Don’t call me whitewashed. Not now.

Don’t call me whitewashed. Not now. 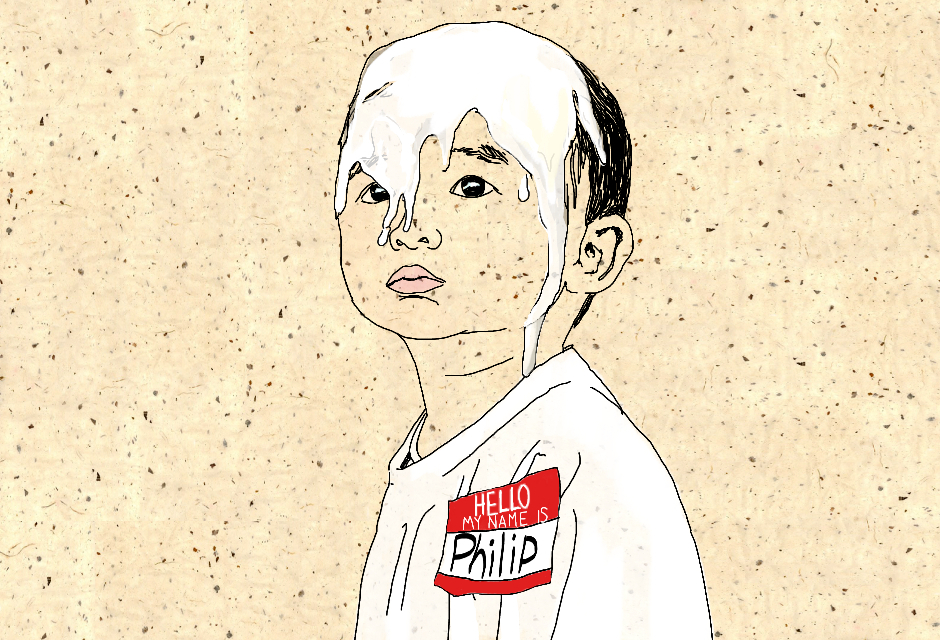 One of my mother’s favorite stories, which she likes to tell at my expense, has to do with my first day of preschool. I suppose I was a bit of a brat when I was younger. It happened to be someone’s birthday, and I apparently exclaimed that it would be my birthday soon as well. Thankfully, my teacher was feeling diplomatic and told the class, “Let’s sing Happy Birthday to Philip!” to which I responded, “Who’s Philip?” Up until then, I hadn’t left the sheltered confines of home where my parents had only called me by my Korean name. I didn’t know who “Philip” was, but I would come to find out very soon.

My parents tell me that I used to be much better at Korean when I was younger. It makes sense; who else did I have besides my family to speak, eat, and be with? My parents are immigrants: American on paper, but able to fall back on having been “Korean first.” This distinction is less clear for me. As I was born in Boston, some would say that I am “naturally” American. But for that first couple of years when I spent all of my time with my Korean parents, I lived in a bubble inside an America that was much less aware that we existed than it is now.

Growing up, it proved impossible to keep both worlds alive. Slowly but surely, I lost a great deal of my ability to speak Korean and grew resentful of the culture that separated me from my friends, who seemed like they were navigating a world that truly belonged to them. To this day, I can barely hold a conversation with my grandmother.

When my mom tells me about the teenage girl who yelled at her on the sidewalk or the news stories about Asians being attacked on the subway, I’m reminded that now, more than ever, we live in a country that is still hostile to Korean, and more generally, Asian people. To have a face that presents my being Asian is to invite discipline and scrutiny from others who are not.

But then I came to Columbia—it wasn’t as if I had grown up in a community where there were no Asians; in fact, a great many of us were. However, it was the first time I came to a space where aspects of being Asian were truly celebrated. I joined a cultural club, something I would have never considered doing before coming to Columbia. Yet, I came to realize that it wasn’t necessarily “Asianness,” or in my case, “Koreanness,” that was celebrated. Instead, there was this understanding that you could balance being both Korean and American. Being too “American” meant you were “whitewashed” and being “too Korean” made you an antisocial “fob” (fresh off the boat). I did not want to flip-flop between my two different upbringings as they did—I felt ashamed.

Yet, as I got to know some of the people who seemed to perfectly occupy a place in-between two worlds, I realized that many, if not all of them, were just as lost as I was. No one really knows what being “sufficiently” Korean is without seeming to reject both cultures. That’s when I realized the term “whitewashed” was more harmful than I thought. If none of us can truly agree on what constitutes being a “good” Asian, how can we agree on what constitutes a “bad” Asian?

I’ve been called “whitewashed” before, and I think what bothers me is the implication that I don’t want to be more in touch with my Korean culture. Did I really choose not to be able to communicate with my family, to have little access to a past that would help ground my identity? I’m thankful for the opportunities that my parents gave me by raising me here, but my unique culture diluted part by part was not a conscious choice that I made. When I was little, I couldn’t imagine what being “Philip” would be like. Ironically, it’s the very confines of this identity that draws criticism.

As all people who appear to have some link to Asia face greater pressure to dissociate from their culture during the COVID-19 pandemic, it is especially important that as a community we try to reinforce our collective desires to reconnect with our cultures and resolve those cultural ambiguities that bother us. Don’t we all see who the real whitewashers are now? It’s the people who have been and are increasingly telling us to be ashamed of being Asian. As our community fights that mob, let’s celebrate being Asian with open arms.

The author of this column has not eaten kimchi in more than three days and is accepting donations until H Mart restocks. Otherwise, reach out to philip.jang@columbia.edu for any questions or comments. Kimchi Fridge runs on alternate Tuesdays.