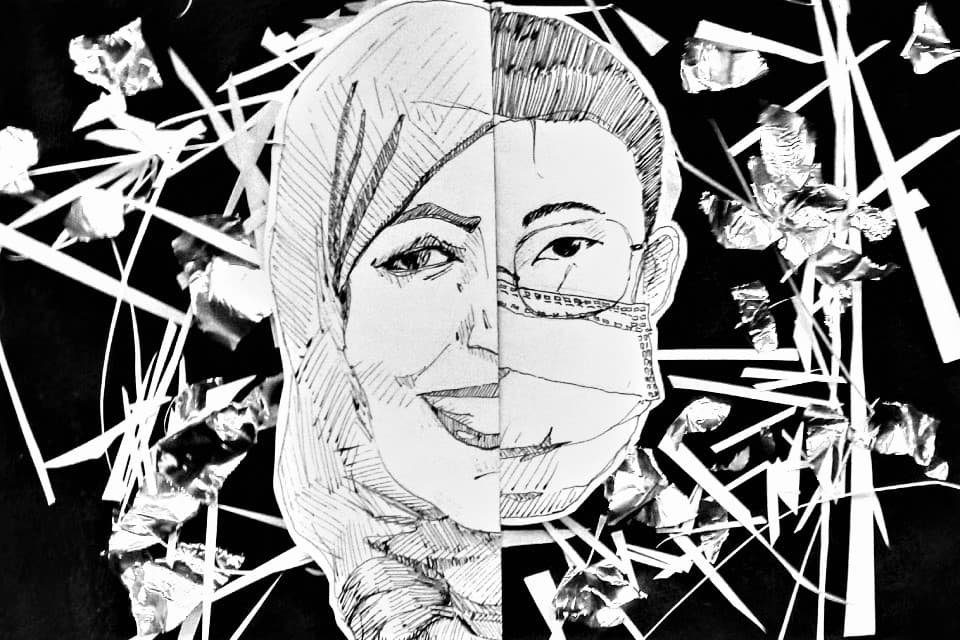 Julie Yao, BC ’20, writes in response to a column published last week about what the impact of 9/11 on Muslim people can teach us about the long-lasting effects of the coronavirus pandemic on Asian communities. Read the original piece here.

During the election season of 2016, I remember hearing the adults in my upper-middle-class Chinese community going on and on about how they arrived in this country with no money. They used those experiences as justification for supporting Trump’s anti-undocumented immigrant policies.“We made it here through the door,” they would say. “Why are they allowed through the window?” In response, I didn’t even attempt to bring up how Asian people actually make up the fastest-growing group of the country’s undocumented population. I am mortified that they might spew some classist rhetoric against low-income Asian immigrants as if others can distinguish between Asian faces of different social classes.

Immigration is not the only issue to which they are apathetic. Whenever I bring up the struggles of other minority groups—such as the lack of intergenerational wealth in Black communities due to systematic oppression— the adults are quick to respond with stories of their own struggles.

In the midst of this pandemic, I increasingly wonder if the global emergence of racist rhetoric and actions against East Asians would help us better understand the interlinked nature of our struggles as people of color. In this sense, it has been truly heartwarming to see so many non-Asian and non-East Asian people of color speaking out against anti-Asian hate crimes that have taken place during this pandemic. But the truth is that, sometimes, I am conflicted by the overwhelming support that Asians, especially East Asians, have received from our brothers and sisters of color.

We, as a group, have not done enough in the past to mirror what other minorities have done for people of color as a collective. Don’t get me wrong. There are a lot of Asian-American activists throughout history that have done tremendous work, but those contributions do not outweigh the actions of many Asian Americans who are still protesting New York City’s decision to make good public schools more accessible or who are using anti-Asian crimes to justify anti-Blackness.

I am reminded of the problematic op-ed piece published by Andrew Yang recently, which calls on Asian Americans to “embrace and show [their] American-ness.” Maybe I am just too easily offended, but somewhere inside, I worry that some of us are only showing up to support each other now because we are afraid that we will be yet again rejected by white people. I fear that our sense of citizenry only appears when we are directly, personally affected, that our definition of America exists within the thin walls of whatever space the dominant white culture allows us.

Or maybe I should be hopeful that at least some good can come out of this. This pandemic is directly hitting the most vulnerable members in all minority groups and magnifying the systemic problems that have always existed. We should see by now that in times of travesty, our struggles, while not the same, must unite us. Perhaps now, finally, we as a people will stop worshipping whiteness, do our part, show up for each other, and do better because we realize that our suffering is directly linked to the struggles of all people of color. As Mohammad Salhut, Business/SIPA ’22, wrote in his column last week, our Muslim brothers and sisters are still suffering from nationwide xenophobia. We need to stand with low-income people in Chinatown communities, who already have to deal with the pains of gentrification, some of which are caused by foreign investments from their ancestral homeland, and are suffering the worst punishment of this crisis.

It is amazing that some of us are making donation drives and volunteering at hospitals. Let’s follow through with our solidarity even after the pandemic; this fight is far from over. I hope that we will be able to recognize that all of our struggles are interlinked more intricately than we admit. I hope that a more collective awakening to greater solidarity with all people of color will emerge among Asian Americans, pushing us to embrace everyone as if they are our own.

Julie Yao is a senior at Barnard. She hopes everyone is safe and well and that something good will come out of this troubling time.