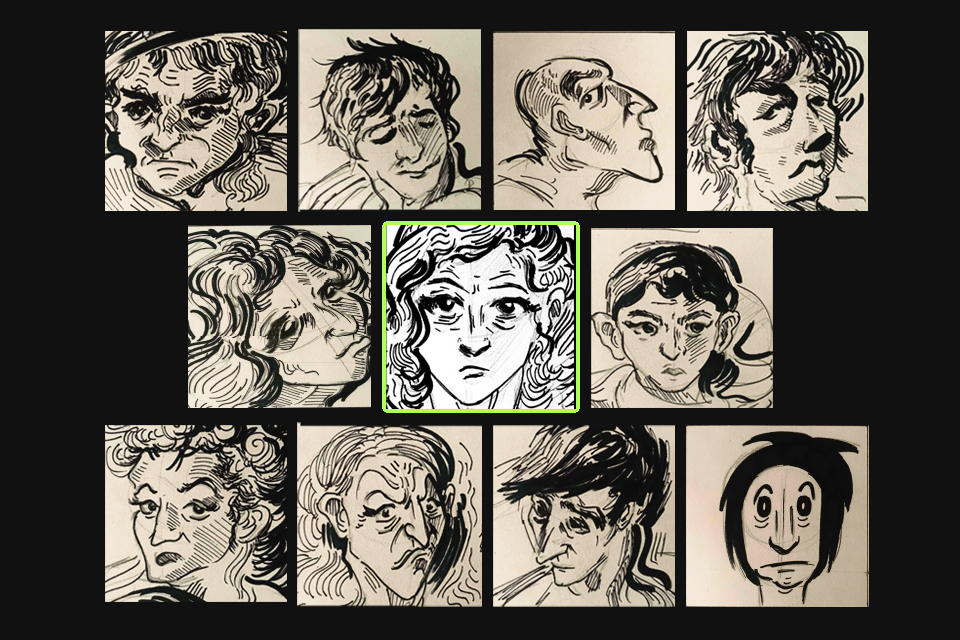 Chad Joseph has Tinder, Bumble, Coffee Meets Bagel, Hinge, and JSwipe all downloaded on his phone. But he would gladly uninstall all of them for a chance with the love of his semester, Mary H.

“I fell for Mary H. the first time she opened her mouth and said, ‘Going off his point…’ The point she was going off was mine. That’s when I knew it was meant to be.”

Joseph’s plan for the semester was to sit next to Mary H. during each class until he could finally muster the courage to ask her out. One time, he even purposefully left all of his writing utensils in his dorm so he could ask her to borrow one. To his delight, she amiably agreed, reaching into her Fjällräven Kånken backpack to grab him a Muji gel-ink ballpoint pen.

Studies from the Columbia psychology department have shown that this is the kind of pen you reserve only for people you really like. In other words, things were looking up for Joseph—until COVID-19 hit.

“Because of the pandemic, I wasn’t able to ask Mary H. to get drinks with me at 1020 before Columbia kicked us out. But I still sit next to her in class by moving my video icon next to hers. The professor asks us to have gallery view on, so I’d like to think she’s doing the same on her computer. Maybe she even has my video pinned.”

Joseph is sure that his feelings for Mary H. are reciprocated. He claims that she has demonstrated all the foolproof signs of having a crush on someone—looking at them a lot, pointing your body toward them, smiling at them—right there on Zoom. Joseph even showed me screenshots to prove his theory.

“See, right there. You can tell she is looking at the top right corner of her screen. I was the third person to enter the virtual classroom, which means that that’s where my icon would be. You can also tell that her body is also slightly tilted in that direction. I am absolutely positive that we are basically locking eyes.”

Joseph has truly demonstrated to the world that heterosexual male thirst has no bounds. A couple of months ago he submitted a post to Columbia Confessions: “9999. cute girl in my class, MH, let’s go out sometime. Signed, the guy whose points you like to go off.”

Joseph’s methods have been pretty subtle so far. Unlike other men, he has not invited Mary H. to a party thrown by his frat or a Netflix binge-watching session in his Broadway single. When asked whether he is concerned she would see this article and think he was a bit of a creep, he chortled.

Mary H. may be hot, but Canwen is the one who was roasted. You can read (or not read) her satire column, The Retired Sellout, alternate Wednesdays.